Rise of Cool Streets in Raleigh-Durham 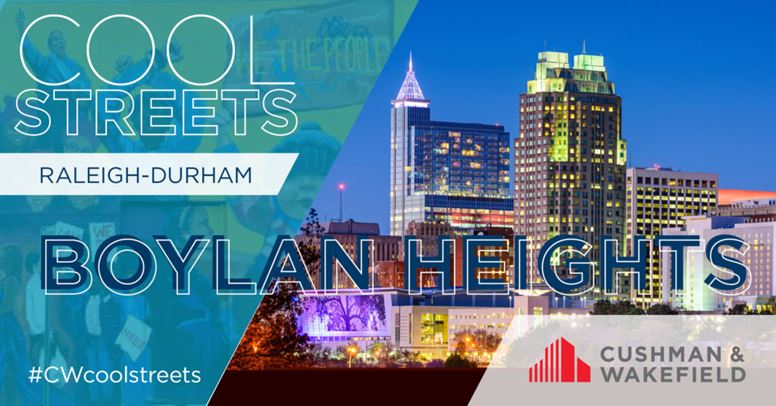 A new wave of urban, experiential, and independent retail concepts catering to changing consumer demands has led to the rise of 100 “Cool Streets” across the United States and Canada, according to Cushman & Wakefield’s annual Cool Streets report. The firm surveyed hundreds of our real estate professionals across our offices in the U.S. and Canada, looking at livability, retail flavor, the neighborhood’s hip factor (via “The Hip-O-Meter”), residential and retail rents, and demographics.

Boylan Heights in Raleigh’s CBD is one of the 100 Cool Streets featured in the report. With a total population of 54,603 within a two-mile radius, Boylan Heights received a ranking of “Still Cool – But Going Mainstream.” College-educated professionals total 52.1% of the population, with 36.2% between the ages of 20 to 34 years old.

One major contributing factor to Cool Streets is the rise of the creative class. In today’s tech-driven economy especially, it is all about talent—and employers go where the talent is. Metropolitan areas like Raleigh, Austin, Boston, Minneapolis, San Francisco, San Jose, and Seattle have thrived in the tech era largely because of their high concentration of skilled workers. Essential to this development is access to education and the presence of institutions of higher learning.

In July 2019, Dr. Richard Florida, one of the leading American urban studies theorists in the U.S., and CityLab used Census Bureau data to track the growth of the creative class across metropolitan areas. Not surprisingly, their findings are a literal geographic “who’s who” of markets where the Cool Streets phenomena is in full swing. Raleigh ranked No. 5 on the list with 46.5% creative class share. Raleigh’s ongoing revitalization continues to draw a highly educated workforce and a burgeoning creative class, as well as cutting edge companies like Red Hat, Citrix, Pendo, and WalkMe Inc. Of the 47,000 employees in the area, 47% hold bachelor degrees or higher.

Downtown Raleigh has become one of the hottest submarkets in the Triangle in recent years, with the rapid influx of high-tech companies, business incubators, and start-ups. This unique blend has transformed the CBD from a traditional capital city mix of public sector and banking firms to a vibrant economic hub, with 113 retailers and 152 restaurants.

Similarly, after decades of relative stagnation, downtown Durham has experienced a remarkable revitalization in recent years, fueled by a wave of high-profile redevelopment projects. Abandoned warehouses and factories from the city’s tobacco and manufacturing heyday have been transformed into a rich supply of the area’s most desired mixed-use developments and office space. The area particularly appeals to the Triangle’s proliferating creative class, as it combines premier office space with an amenity-rich, walkable urban environment with close proximity to award-winning restaurants, craft breweries, and entertainment hotspots like the Durham Performing Arts Center and the Durham Bulls Stadium. Downtown Durham boasts more than 50 retailers and 75 restaurants.

The Cool Streets report outlines myriad changes that have played out across North America since Cushman & Wakefield’s inaugural Cool Streets guide was released in 2016. Chief among them: while the Cool Streets trend remains strong in primary markets and so-called 24-hour cities—as neighborhoods cycle through the “musical chairs of affordability and opportunity”—there has also been an explosion of overall growth in secondary or tertiary markets creating new opportunities for retailers, residents, and investors alike.

Value, convenience, and experience have long been the three basic tenets that draw consumers to a retail store or shopping destination, according to Garrick Brown, Vice President of Retail Intelligence, Americas at Cushman & Wakefield. But in the age of newCommerce, convenience and quick delivery of goods ordered online are paramount. These changes, coupled with shifting consumer preferences and pressures on legacy brick-and-mortar brands, provided the catalyst for the disruption of traditional retail – and led to the evolution of Cool Streets retail districts. Learn more by viewing the full report. 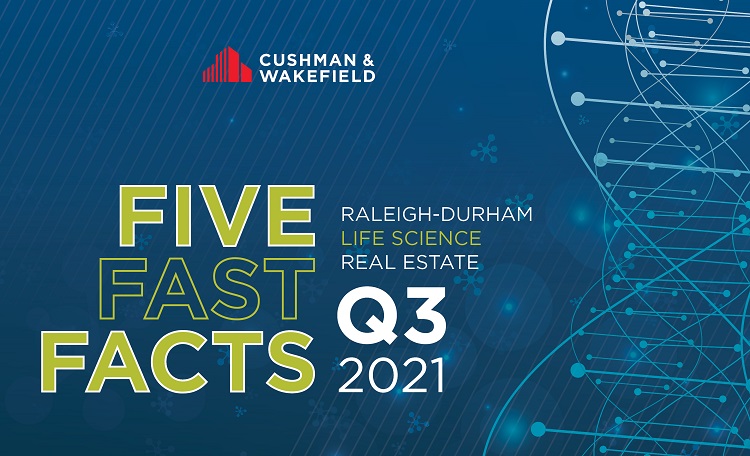 While the Research Triangle Park remains epicenter of the life science hub in the Raleigh-Durham market, life science companies have been expanding into other submarkets in 2021. Demand across the entire market has never been stronger.
Kristine Smith • 11/4/2021 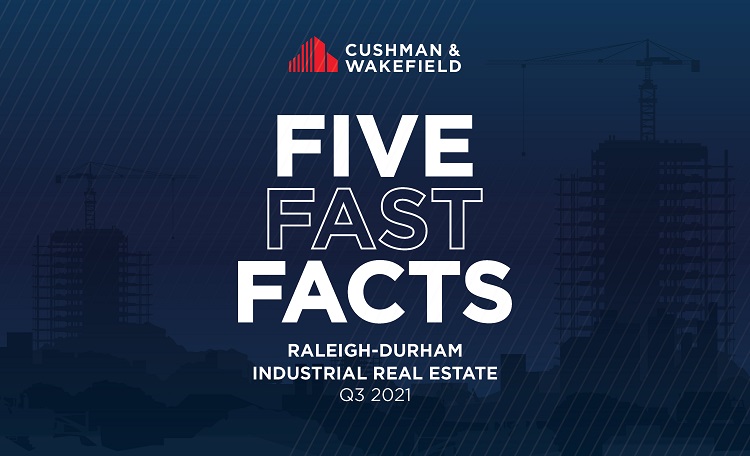 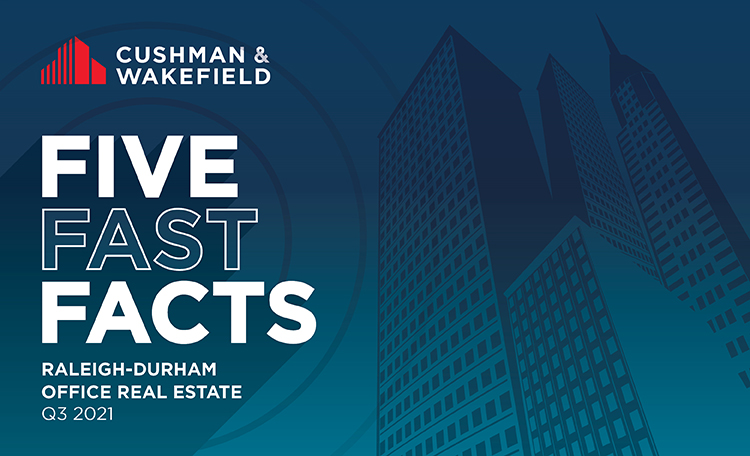 Economic conditions further improved in the Triangle throughout Q3 2021. With the unemployment rate dropping to 3.7%, the Raleigh-Durham economy and real estate market continue to gain national recognition.
Kristine Smith • 10/26/2021