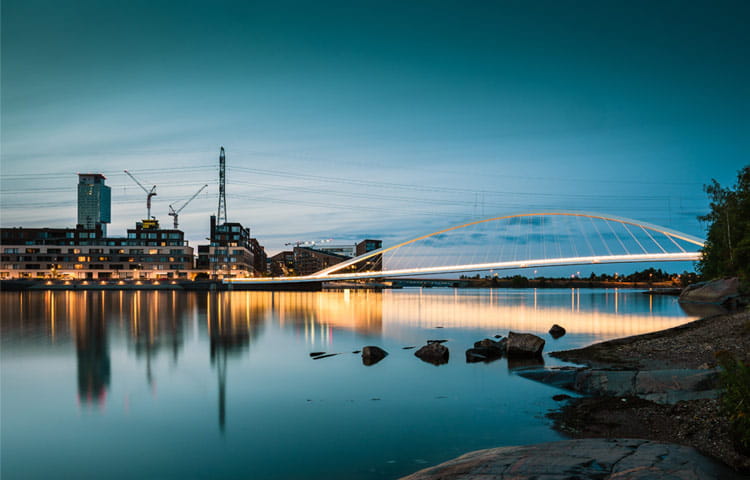 
Finland is a prosperous Nordic country with a remarkably strong and stable economy. The country is known for its high income, educated and happy population and exceptionally good welfare. Being a euro country, Finland offers security, stability and highly developed financial markets. The Finnish economy is expected to perform exceptionally well through the economic cycle. Finland has been granted high grade credit ratings of AA+ by S&P and Fitch and Aa1 by Moody’s, reflecting a stable and positive economic outlook for the coming years. In addition, the Global Competitiveness Report 2018 ranked Finnish banks as the most stable globally.

Finland is a small country on a global scale but tops global charts in several fields, where it is has recently been ranked as:

Finland is also among the top OECD countries in terms of education, where Finland has the highest human capital and digital knowledge capital. It is also ranked as the most literate country in the world.

Recent research has ranked Finland amongst the top countries globally in terms of it having one of the strongest economic growth potential rates. As part of this research, countries were ranked in terms of macroeconomic stability, infrastructure, institutions, openness and human development.

Helsinki is the capital of Finland and the largest Finnish city with approximately 1.5 million inhabitants in the Helsinki Metropolitan Area (HMA). In international terms, Helsinki is the fourth-largest city of the Nordics by population. The population of the HMA is expected to reach 1.75 million by 2030, demonstrating one of the leading population growth rates in Europe.

Search commercial properties for sale or rent in Finland.