You are visiting a page on our global site but we noticed that you are in United States.
Take me to the United States page 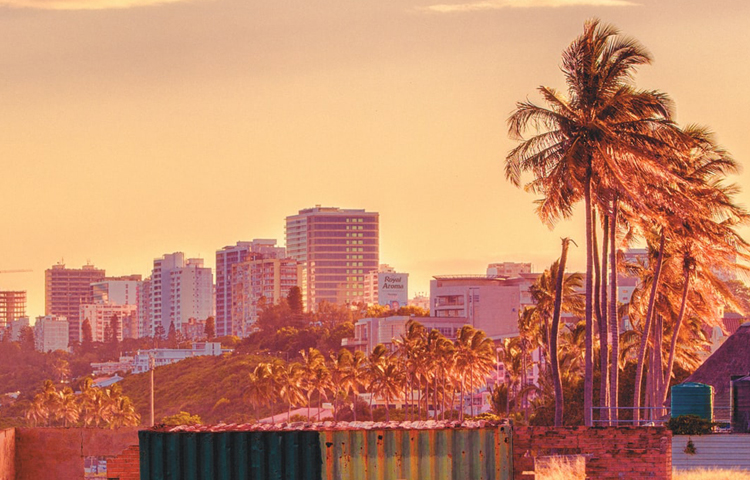 Local real estate in Mozambique has struggled throughout the latest recession. The economic slowdown brought the restructure of several companies, with several multinationals opting to leave the country.

The country has two enormous problems to solve, one being the terrifying insurgency in the Cabo Delgado Province and the second, the dissidents of the main opposition political party, Renamo that are not stepping down the armed struggle. The matter of the hidden debts scandal related to three state owned companies is far from being resolved with the international creditors, although the Mozambican companies have already officially declared bankruptcy.

Mozambique also saw a reduction in the volume and in the price of exports of its main commodities (coal and aluminum) and the deferral of the final investment decision from Exxon Mobil, the main operator of the Area 4 Oil & Gas fields. Both are large contributors to the severe devaluation of the metical to the US dollar, that is currently 20% year on year.

With all that has happened since 2020 globally and in Mozambique, there have been some direct impacts to the real estate sector. These impacts are particularly related to the cancellation of housing and office rental leases, due to expats returning home for the State of Emergency periods, and some businesses not being able to cope with the State of Emergency lockdowns.

In this context, property investment has been particularly difficult. Besides the local market reality, real estate investors were also struggling with funding constraints and foreign currency shortage, which added to the local property market difficulties, since it virtually prevented new property developments.

Notwithstanding, there are some recent examples highlighting that some deals keep being completed in the local market, especially fueled by large investment plans associated with the exploration of natural resources in the north of Mozambique.

Despite all the risks (financial instability due to a high public debt, low credit quality, unrest in the north), most international organizations (UN, World Bank, IMF) were forecasting a GDP growth rate, if not the highest, then among the highest in Sub-Saharan Africa. Investment decisions made by some of the largest extractive global corporations keep pointing to Mozambique, whether LNG in Rovuma, coal in Moatize or the Nacala corridor project, planning to invest billions of USD, that will completely change the local economy. Those investments will have a spillover effect for the whole country, propelling several economic sectors which will benefit, upstream and downstream.

We offer a suite of end-to-end real estate services that have been designed and developed specifically for corporate occupiers answering your questions on portfolio structure, location and tenure using our highly specialised market intelligence. To maximize your benefits from our Occupier Services, our experienced professionals will leverage the affiliated partnership with Cushman & Wakefield, a worldwide market leader in real estate.

Broll is a leading market research and transaction expert in Mozambique, and has established relationships with landowners, developers, and investors. This network puts Broll at the forefront of market intelligence, and it has been proven through the sourcing of various services to Shoprite, Spar, Total, Arcelor Mittal, ExxonMobil, Sasol, Access Bank, Absa Bank, Backer Hughes, among others.

Search properties for sale or rent in Mozambique

Get in touch with one of our professionals.
Contact Us
Your privacy matters to us
With your permission we and our partners would like to use cookies in order to access and record information and process personal data, such as unique identifiers and standard information sent by a device to ensure our website performs as expected, to develop and improve our products, and for advertising and insight purposes.