Why Asia Pacific will grow and dominate the next decade

Despite the severe economic and social impact of the COVID-19 pandemic felt across the globe, recent data in Asia illustrates a profound resilience in the region. In fact, growth expectations over the next decade are not only still intact, but the region’s enviable pre-pandemic economic outlook, supported by massive demographic tailwinds and strong forecasts for regional corporate expansion plans, remain very much in play and will continue to propel the region forward to 2030.

Underpinning this is the growth of several powerhouse economies. The Chinese economy continues to grow at an impressive rate and is forecast to expand by USD $9.2 trillion—equivalent to three French economies—by 2030. And India will ascend the rankings from seventh in 2019 to the fourth-largest economy in 2030. Asia Pacific expects to house three of the four largest economies in 2030 (plus Japan), with Australia, South Korea and Indonesia also included in the top 15.

Burgeoning Middle Class
Favorable demographics are a major driver of this economic growth. The Asia Pacific region, comprised of 4.4 billion people, currently accounts for 56 percent of the world’s population. Two of its countries, Greater China and India,  totaling 2.8 billion, account for more than one-third of the world’s entire population.

It is not size alone, but the composition of the population that is important. By 2030, the working-age population of Asia Pacific will have grown by 165 million people, while in contrast North America will only add three million and Europe will retreat to the tune of 24 million. As millions of people enter the workforce, the region’s middle class will experience prodigious

growth. Currently, 54 percent of the world’s middle class—or 2.1 billion people—live in Asia Pacific. This will increase by 1.5 billion people—to 65 percent (the increase is 73 percent to account for 65 percent of the global total) percent—by 2030. In comparison, the growth of the middle class for the rest of the world combined will only total 176 million.

Job Creation
Employment growth in Asia Pacific will vastly exceed that of other regions considering the surge in younger age groups. However, this is only part of the story. An important element is that office-demanding occupations are forecast to grow at an even more rapid rate. Out of a global total of almost 55 million office-using jobs forecast to be created in 2020-2030 across the world's major office markets, more than 47 million will be in Asia Pacific.

The region will see an ongoing construction boom as cities continue to expand to accommodate future demand for space. Over the next five years, an average of 120 million square feet of space will be brought to markets across Asia Pacific each year, approximately 55 percent of global supply. To put this in context, it is the equivalent of creating a new Shenzhen and Guangzhou combined, or four Singapore CBDs, every single year for the next five years.

Increasing CRE Investment
All factors that lead to strong office demand will drive greater investment into commercial real estate creating a considerable opportunity for growth. In addition, Asia Pacific has further tailwinds to those already described. The region is forecast to return to pre-COVID GDP levels by the end of 2020, which is up to 18 months ahead of other regions. In a world searching for growth, this alone will accelerate investment into the region. Furthermore, as the region continues to grow and mature, even greater investment volume is likely to follow.

It's All Coming Together
The robust growth forecast is not dependent upon any single factor but is reflective of the wide range of positive economic, demographic, employment and investment drivers, all acting together to propel the region forward. It is this weight of momentum that underpins Asia Pacific’s ongoing rise as the world’s major growth story for the next decade. 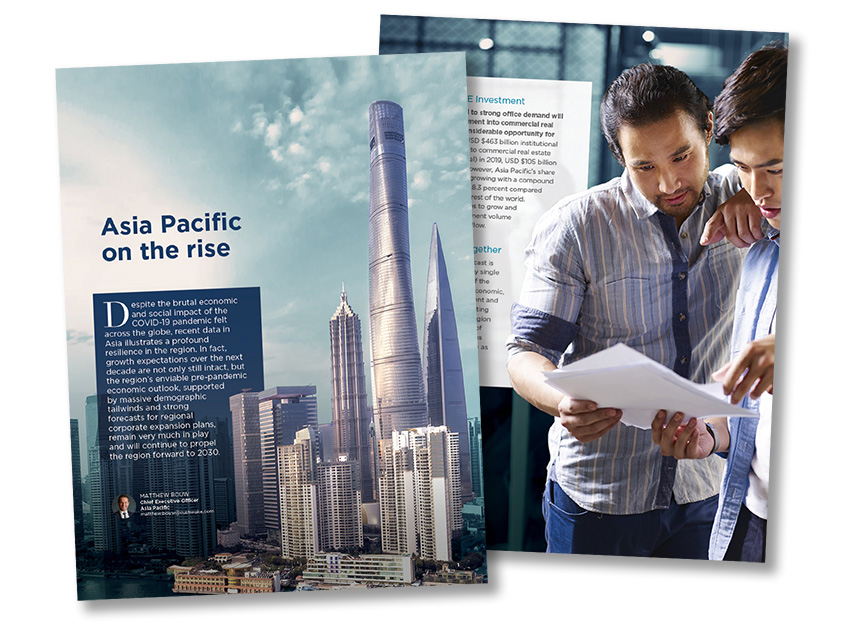 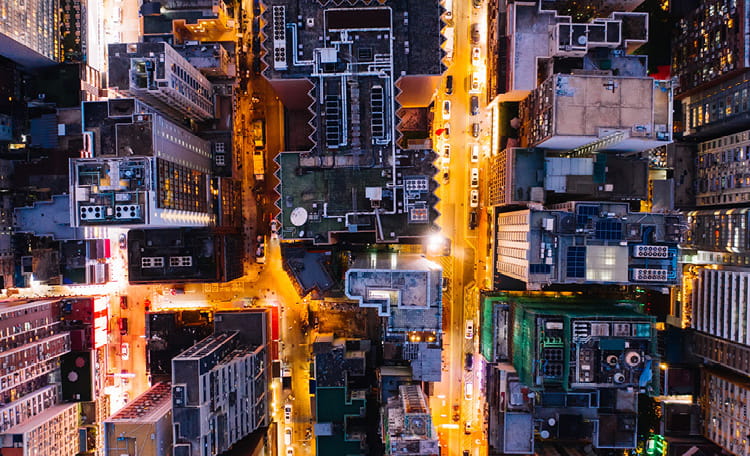 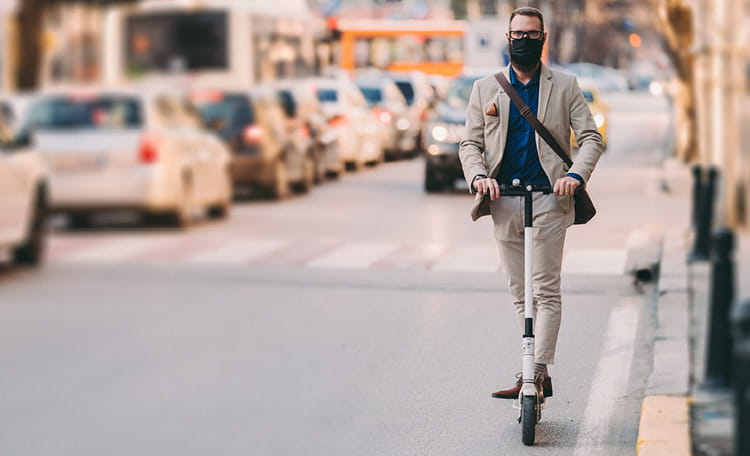 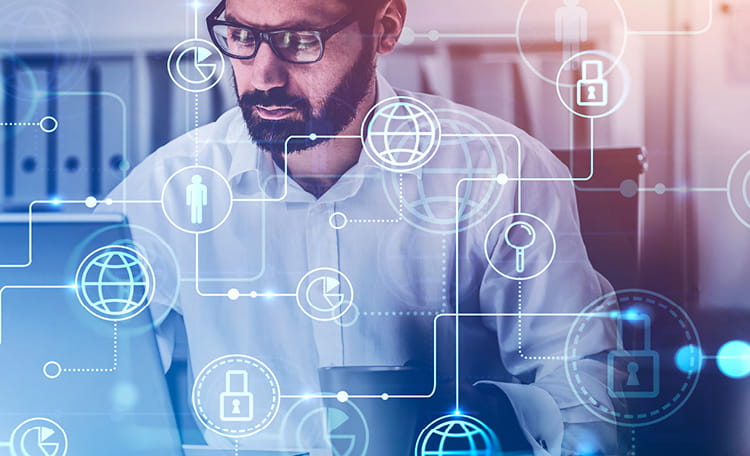 A highly connected world of emerging technology paired with the necessity of social distancing have paved the way for modern technical support.
Paul Bedborough • 10/7/2020