Cushman & Wakefield, a leading global real estate services firm, has analysed the trends in the industrial property sector in five Central European countries (Czech Republic, Hungary, Poland, Romania and Slovakia) in 2020, and the principal findings are as follows.

Jiří Kristek, Head of the Industrial and Retail Warehousing Team, Cushman & Wakefield: “The current market figures indicate, among other things, that the Czech Republic remains very attractive for locating logistic infrastructure due to its position. As with Poland, this trend can be expected to continue in the future with space increasing significantly, depending on market development and on the possibility of obtaining construction permits from government authorities.”

The demand for storage and production space in Central Europe is high, so the market stays dynamic: more than 11.5 million square metres of new space was completed on the market in the last three years. The markets are growing the most in Poland and the Czech Republic, and Romania’s market is gaining in attractiveness for investors.

More than three million square metres are currently under construction in the region, of which about one third is being built speculatively, i.e., without pre-lease secured. This attests to the good condition of the markets, which the investors consider much less risky than they did some 10 years ago.

Despite such rapid development, space is being successfully occupied: the vacancy rate across the region has been very low for a long time. The lowest vacancy rate in recorded history was found in the Czech Republic and in Hungary (primarily in the Budapest metropolitan area) at the end of 2020. The vacancy rate has been below 10 per cent in all countries since 2016, and the average in the Czech Republic has been lower than five per cent since the end of 2017: currently, it stands at 4.2 per cent and as low as 2.2 per cent in Prague.

Jiří Kristek, Head of the Industrial and Retail Warehousing Team, Cushman & Wakefield: “The vacancy rate in Prague is at its record-breaking low because there has been a shortage of new projects for a long time while demand keeps growing constantly. Most developers are really interested in this region, but finding suitable land and obtaining all the required permits takes very long, so supply lags behind demand. Demand is currently driven primarily by the growing e-commerce market and by the need for urban logistics which is to serve the capital city. Demand is currently focused on acquiring suitable land that meets the requirements for this type of use. Conversion of certain retail projects and old storage/commercial facilities is an option as well.”

Demand among logistic and distribution companies is growing

The low vacancy rate is maintained by the demand that is growing along with the supply. Last year, more than 8.6 million square metres of industrial space was leased in the region – more than one-fifth of the entire market. Excluding renegotiations of existing contracts, the figure is 5.9 million square metres. In effect, the net take-up in 2020 accounted for about 70% of the total take-up.

The majority of space leased last year is located in Poland, the region’s biggest country (5.1 million sq m), while 1.5 million sq m was leased in the Czech Republic last year, just slightly less than in 2019. By contrast, the number of renegotiations in our country grew year-on-year, resulting in a net take-up that is one-quarter lower than in the year before last. Both gross and net take-up grew year-on-year in the other countries – as much as doubling in Hungary and Romania.

Jiří Kristek, Head of the Industrial and Retail Warehousing Team, Cushman & Wakefield: “The growing e-commerce segment accounted for a major share in the take-up, and it can be expected to grow in the future as well. Considering the current situation, the established models of selling goods are changing even for retailers that run brick-and-mortar shops. Predictably, some customers will stick to shopping online, which will ultimately result in more demand for warehousing and logistic solutions.”

In terms of the Czech Republic, the most lease transactions (37%) took place in and around Prague, with take-up being also high in the Plzeň and South Moravian regions (21% and 14%, respectively).

Comparing Central Europe as a whole with the advanced Western European countries, the local net take-up (leases excluding renegotiations) is approaching Germany’s level. It has been growing every year, reaching 89% of Germany’s level in 2020 and significantly exceeding the figure for the Netherlands and the UK, for example.

Jiří Kristek, Head of the Industrial and Retail Warehousing Team, Cushman & Wakefield: “The domestic market is becoming increasingly attractive and offers terms and quality on a par with the markets in Western Europe. In addition, the local workforce is experienced and stable. In effect, companies increasingly often include Central European countries in their considerations when making decisions regarding their development. The questions for the future are, for example, the effect of Brexit (if any) and the considerations of building production facilities in Europe instead of Asia.”

The top three players account for one-third of the market

The Central European market is quite consolidated with just a few major companies covering a considerable part of it. The highest share in the total industrial space in the five aforementioned countries is attributable to CTP Invest (12%), Panattoni (11%) and Prologis (11%), totalling in aggregate almost 35% of the entire market. All those companies are also major industrial developers: Panattoni completed more than one million square metres of new logistic space in 2020, and CTP Invest completed more than 500,000 sq m (even though it started its activities in Poland fairly recently).

Rents have remained more or less stable across the entire Central Europe except Budapest. The prime rent (the highest achieved rent for 5,000 sq m in a prime location) has stayed within the range from 3.50 to 4.50 Euros per square metre for about the last 10 years.
The logistics market remains highly attractive to investors. Several major portfolios were sold last year – for example, GLP acquired Goodman’s entire Central European portfolio with assistance from Cushman & Wakefield. This transaction accounts for 43 per cent of last year’s total amount of Central European industrial transactions, contributing to the amount reaching a record high at 3.5 billion Euros. Poland had the biggest share in the total amount of the transactions with 80 per cent, Czech Republic had a 7.5 per cent share.

Michal Soták, Head of the Capital Markets Team, Cushman & Wakefield: “Investors have shown interest in the industrial sector for a long time; their interest has been growing recently as a result of the development of the urban (last mile) logistics segment, which has great potential for the future. Generally speaking, products with high quality tenants and long-term contracts are the most attractive for investments.”


Detailed information on the European industrial market is available at eu-industrial.com. 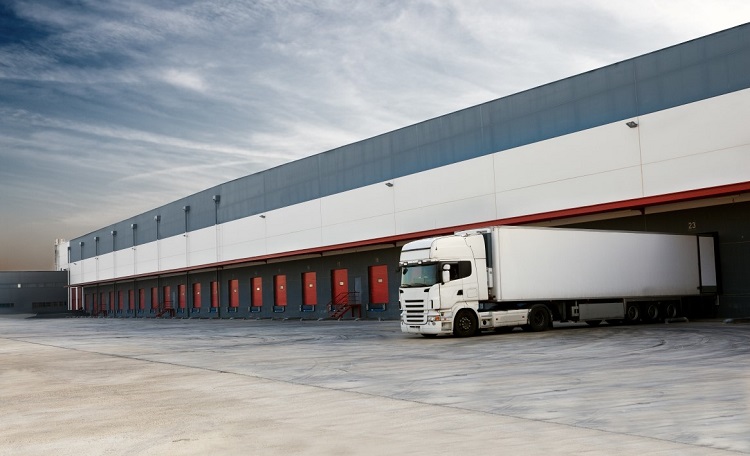 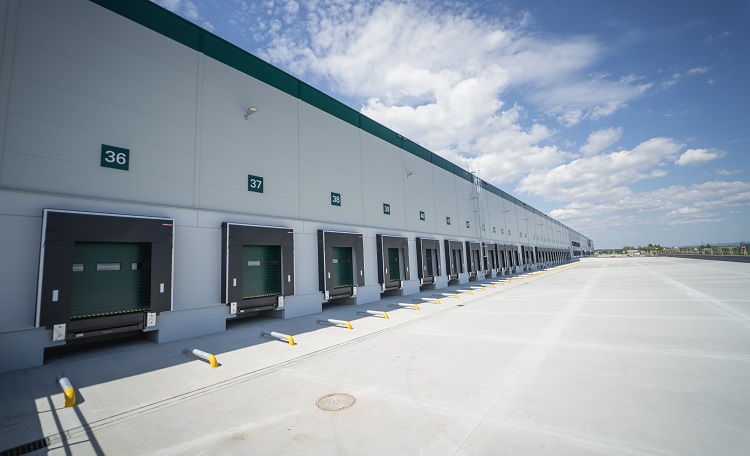 XLCZ Nábytek s.r.o. leased over six thousand square meters of storage space in Prologis Park Brno. The premises will be used for their Möbelix e-shop warehouse. It was the last available unit in the park which is now fully leased. The transaction was assisted by Cushman & Wakefield, a leading global real estate services firm. 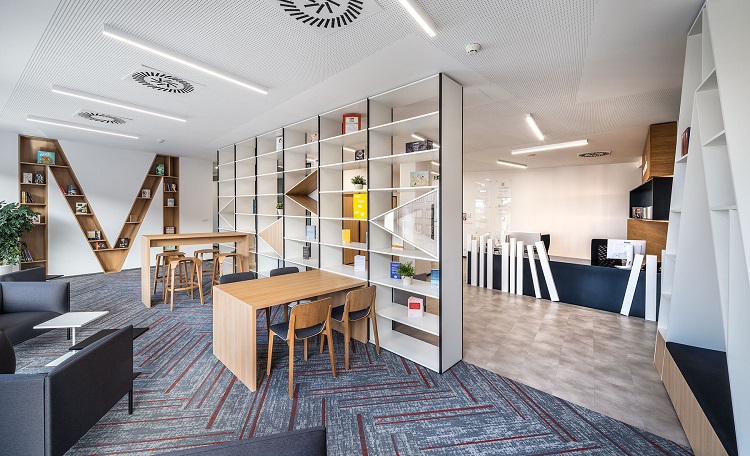 Albatros Media newly operates in offices at the Mayhouse

Cushman & Wakefield selected the location for the Albatros Media premises so as to best answer the new expectations of the company, designed the layout in line with the latest trends and the results of a thorough analysis of its employees’ needs and its corporate culture, and prepared the architectural design. 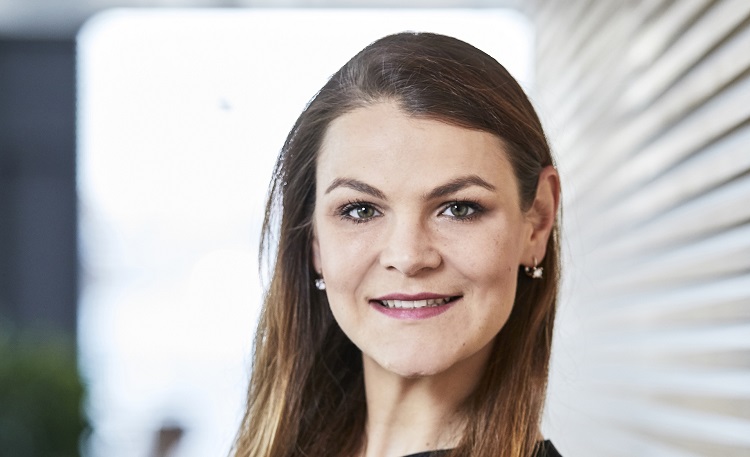 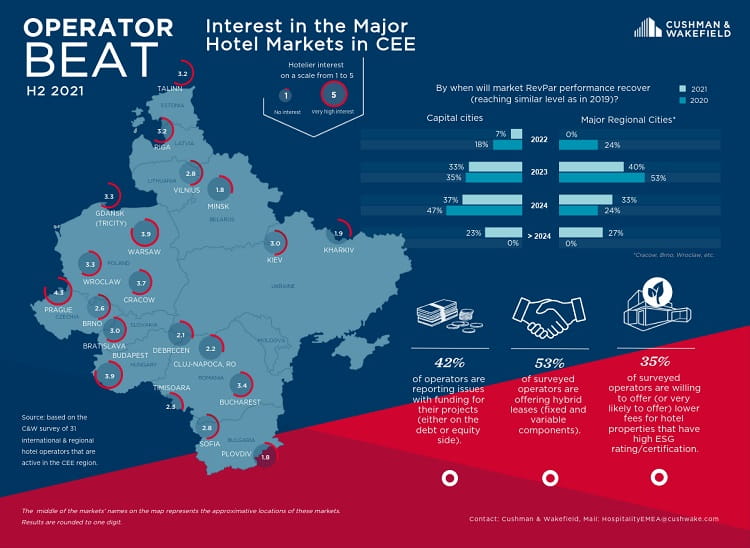 Prague hotels 2021: Better results than in the preceding year but still behind 2019, investors and operators remain interested

Whereas the European average according to STR data exceeded 43%, only 26% of hotel capacity that was operational in Prague was occupied. 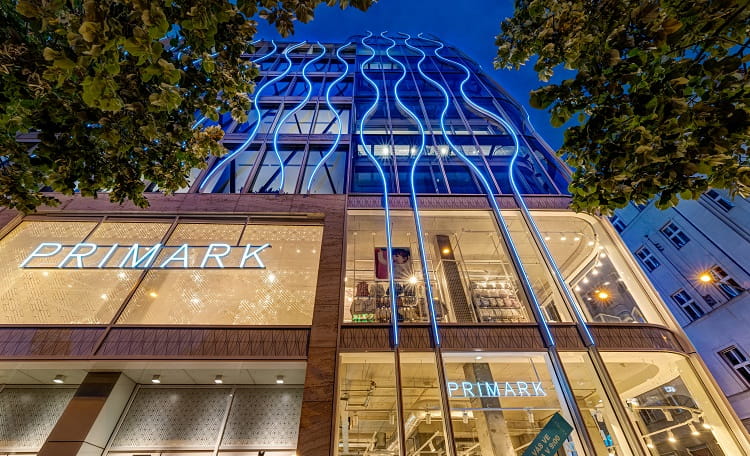 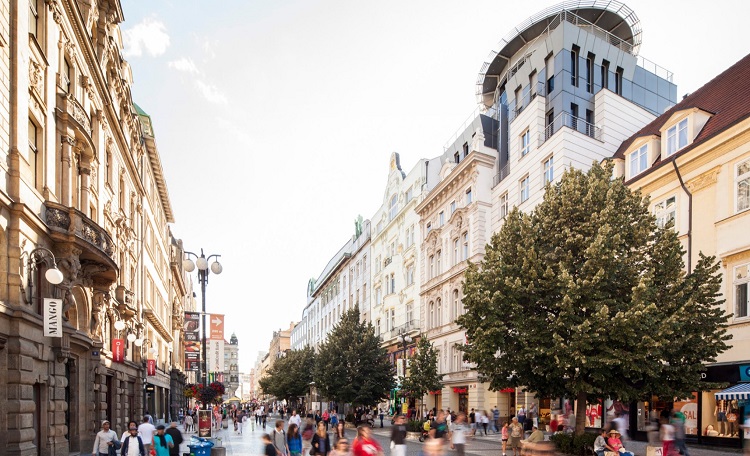 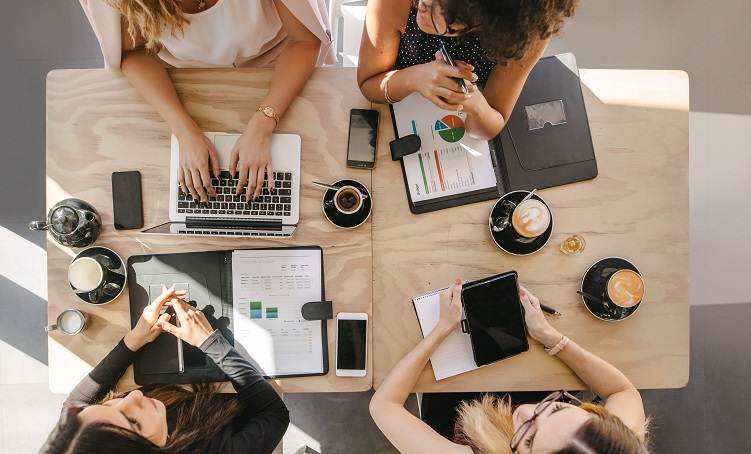 Offices 2022: Minimal new development, slight increase in take-up and rents, and working in a hybrid mode

The office market is changing due to the coronavirus pandemic, albeit not as dramatically as initially expected. A hybrid mode, combining working in the office and at home, will likely be more common. 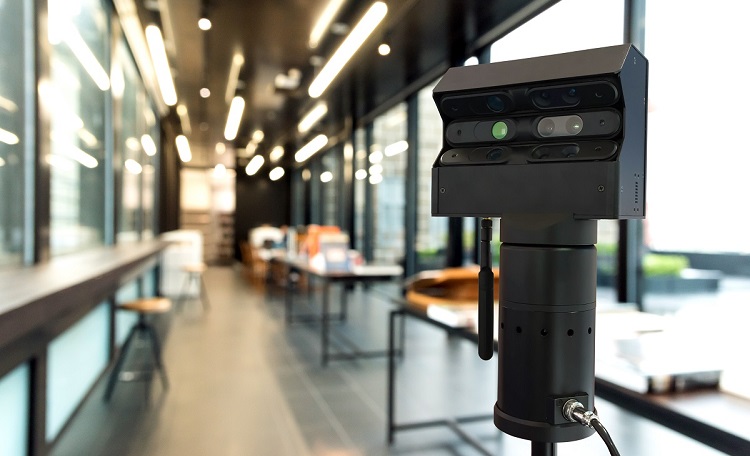 Cushman & Wakefield offers its clients a unique technology – 3D scanning by Matterport – for a virtual tour of their commercial properties. 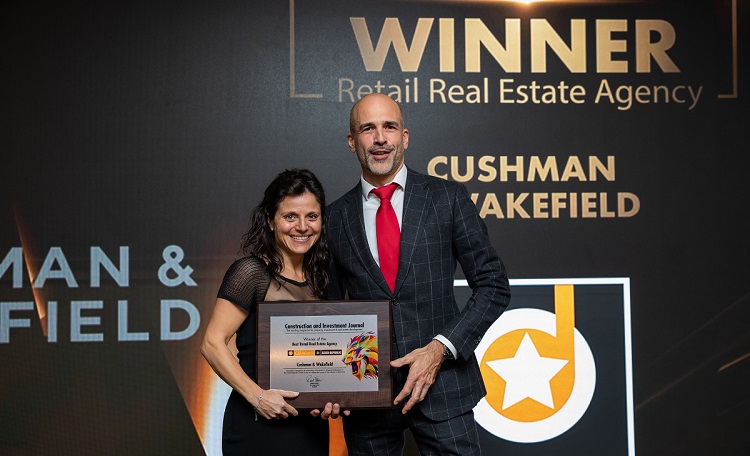 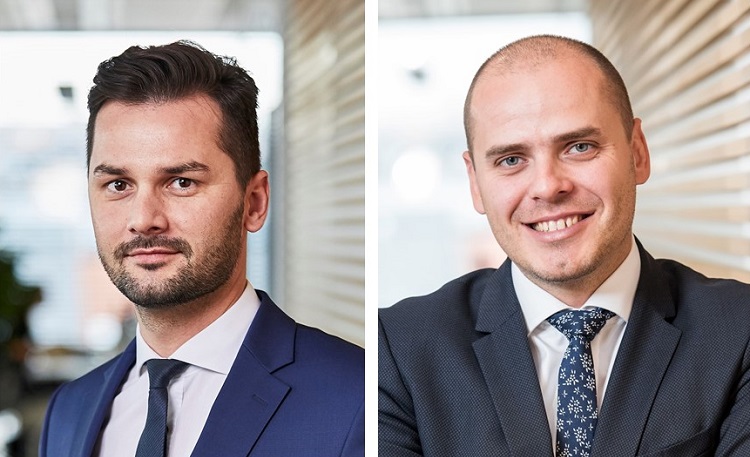 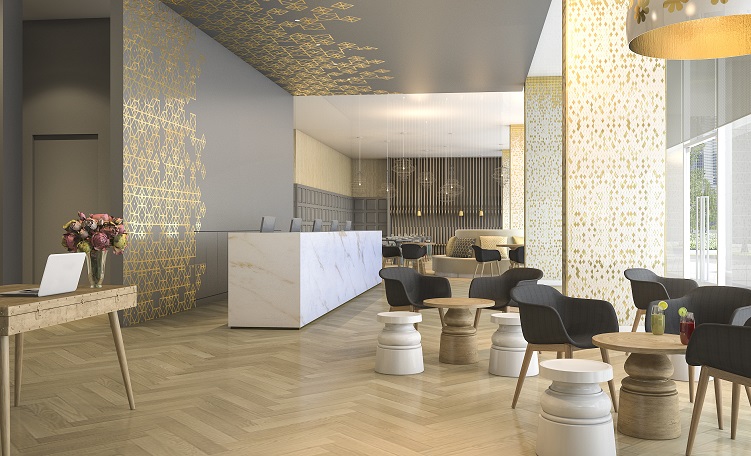 Thanks to the summer season, Prague’s hotels are no longer the last in Europe

Occupancy rates in Prague’s hotels were 50 per cent higher during the summer holidays this year in comparison with last July and August, propelling Prague upwards in the European cities’ chart.