International real estate consulting firm Cushman & Wakefield reports take-up of around 208,000 sqm for the Frankfurt office market from January to September 2020. This is a good 40 percent less than last year's equivalent figure as well as the average values of the last five and ten years. With 98,000 sqm of take-up, the third quarter was the strongest of the current year.

The number of leases for 1,000 sqm or more increased significantly in the third quarter. In the first half of the year, 20 new leases for a total of 56,000 sqm were concluded in this size category. In the third quarter alone, there were 16 leases for around 60,000 sqm.
The largest lease, not only in the third quarter, but also in the year to date, was DekaBank's lease for just under 16,000 sqm in Tower T1 of the Four development project in the banking district. The second-largest lease of the quarter; by the University of Applied Sciences for a good 10,000 sqm of space in a 12-storey building in the east of Frankfurt, was also the third-largest transaction of the year to date.

Nevertheless, letting activity is still muted. Many office users are continuing to shy away from making decisions regarding new space and are therefore preferring to renew their existing leases - usually at improved conditions. The volume of these lease renewals, which are not counted in the office take-up figures, totalled almost 90,000 sqm over the past nine months of the current year.
Pierre Nolte, Head of Office Agency at Cushman & Wakefield in Frankfurt am Main, commented: "We expect that the willingness to close a lease in the fourth quarter will be higher than in the previous three quarters. Some larger leases could be signed before the end of the year. Demand in the smaller space segment has picked up. By the end of the year, this should result in floor space sales of over 300,000 sqm".

Office space inventory increases, vacancy rate rises slightly
Six properties totalling 51,000 sqm were completed in the third quarter. The completion volume for the year to the end of September thus totals almost 117,000 sqm and is 45 percent above the average for the last five years. Current construction activity, at around 556,000 sqm, is also well above the five-year average of 313,000 sqm. Almost 150,000 sqm of the space under construction is for completion by the end of 2020, of which more than 80 percent is already pre-let or owner-occupied. According to current data, the volume of space completed will then fall drastically to 95,000 sqm in 2021, before rising again to over 200,000 sqm in 2022. The area for completion in 2021 and 2022 is already 60 percent let.

Compared to the previous quarter, vacancy has increased by around 10,000 sqm to 864,000 sqm. With space that has been vacated not immediately taken-up by new tenants, and new buildings currently being completed still having some space available to let. The vacancy rate increased from 7.3 percent at the end of June to 7.4 percent at the end of September.

It is not yet possible to predict conclusively how the increase in remote working from home in recent months will develop in the long term. There are still no clear indications as to whether the majority of office tenants will tend to require more or less office space in future. What is certain is that examining the possibilities for implementing differentiated and flexible workstation solutions will play an ever more important role in future leasing and expansion decisions.

Achievable prime rent remains high, average rent reaches record level
At the end of September the achievable prime rent remained unchanged at € 45.00 per sqm per month. Frankfurt thus remains the most expensive market for premium space in Germany. Demand for space in premium development projects in central locations remains high, prime rents continue to be demanded and in some cases rents well above the prime rent are paid.
The weighted average rent across all new leases signed in the last twelve months was € 23.15 per sqm per month at the end of the third quarter, rising by € 2.65 since this point last year. The increase is mainly due to large-area leases in new development projects in the banking district. Pierre Nolte commented: "The current transformation of the banking district into a more mixed and lively high-rise quarter between the city centre and the station district is very much in line with current requirements for attractive office locations. We expect that a large part of the demand in Frankfurt will continue to be concentrated here in the future". 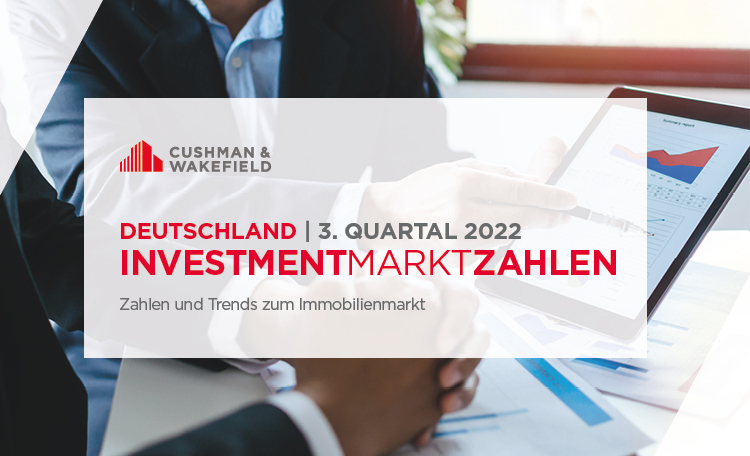 Innovative, solid talent pool and low rents – are the B-cities displacing the Top-7?
Verena Bauer • 22/09/2022
Your privacy matters to us
With your permission we and our partners would like to use cookies in order to access and record information and process personal data, such as unique identifiers and standard information sent by a device to ensure our website performs as expected, to develop and improve our products, and for advertising and insight purposes.