Hamburg's office letting market confirmed its momentum with take-up of 171,000 sq m in Q3 (Q1 2022: 131,000 sq m; Q2 2022: 176,000 sq m). In total, international real estate consultancy firm Cushman & Wakefield recorded office take-up of around 478,000 sq m in the Hanseatic city to the end of September. This corresponds to an increase of 30 percent compared to the same period last year and is the strongest nine-month result ever recorded by C&W.

Pandemic-induced pent-up demand and the implementation of new workplace concepts ensured that office letting activity was brisk in the first nine months of 2022. With around 470 leases signed, 15 percent more deals were registered than in the same period last year (410) and the 5-year average was exceeded by 29 percent. Take-up by size class over the reporting period was dominated by deals of over 5,000 sq m. Here 18 leases accounted for around 187,000 sq m and thus 39 percent of the total take-up. The largest letting in Q3 was the leasing of 40,000 sq m in the Hanse Center in City Süd by Dataport.

Good location and fit-out quality are salient in the choice of location. This is reflected in the distribution of take-up between existing buildings and development projects as well as among Hamburg's office submarkets: The market share of take-up in projects under construction or in planning was around 32 percent in the first nine months, where the Q1-Q3 5-year average is only 21 percent.

As in previous years, letting activity was concentrated in the central locations. Around 56 percent of take-up was in the City Centre, HafenCity and City South submarkets, totalling around 268,000 sq m. This is 12 percentage points more than the Q1-Q3 five-year average. 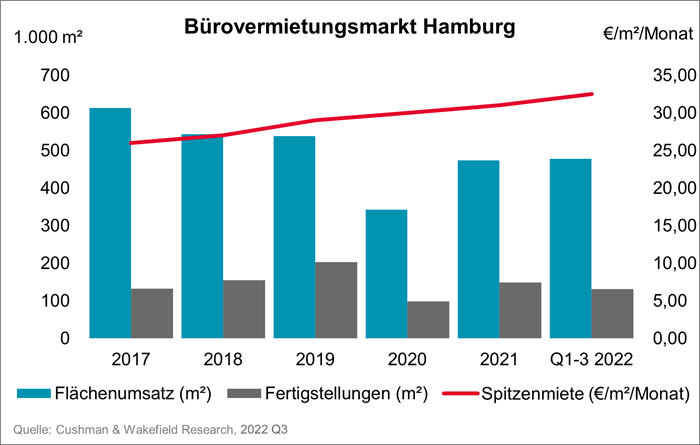 The high demands regarding location and fit-out mean that more expensive space is being rented. This has led to the prime rent reaching a new high for the fifth quarter in a row. At the end of September it stood at EUR 32.50/sq m per month in the City Centre submarket. Compared to a year previously, this corresponds to an increase of EUR 2.00 or around 7 percent. Due to the unabated high demand for modern office space in prime locations, C&W expects prime rents to continue to rise to the end of the year.

The weighted average rent also reached a new record level at EUR 20.90/sq m per month across all building classes. This is EUR 2.95 or 16 percent more than at the end of September 2021.

Tobias Scharf, Head of Office Agency Hamburg at Cushman & Wakefield, explained: „The major deals in development projects in HafenCity, such as Elbtower and the Westfield Hamburg-Überseequartier, have significantly reduced the spread between prime rents in HafenCity and City Centre. While the prime rent in HafenCity of EUR 26.50/sq m was still EUR 4.00 below the level in City Centre a year ago, the two submarkets are only separated by EUR 0.50 at the end of Q3 2022."
Industry, transport and traffic lead sector ranking in terms of take-up
The sector ranking at the nine-month mark is led by companies from the industry, transport and traffic sectors (55 deals; 99,600 sq m of office space). Close behind and significantly boosted by the Dataport deal, companies from the TMT sector occupy second place (55 deals; 92,500 sq m). Most of the leases (64) were signed by consultancy companies, accounting for around 36,000 sq m.
Completions above 10-year average
By the end of September, around 132,000 sq m of new and refurbished office space had been completed in Hamburg in 2022. This is 13 percent more than the 10-year average. Of this, 84 percent was already let or for owner-occupation at the time of completion. The largest property completed in the third quarter is BrAms in the Hamburg North-East submarket, which is largely occupied by IT service provider Akquinet.

A total of around 520,000 sq m of office space is currently under construction. Of this, 69 percent has already been allocated to users. In addition, there are concrete plans for development projects of 703,000 sq m with completion planned by 2027.

Supply of space in existing stock increases slightly year-on-year
Compared to the previous year, the vacancy rate increased by 10 basis points to stand at 4.3 percent. Absolute vacancy increased by 6,300 sq m to 643,300 sq m. The large construction volume, and resulting new office space coming into the market, is cushioned by the high pre-letting rates. No significant increase in vacancies in new construction space is expected in the short or medium term. However, vacancies in existing space could cause the vacancy rate in Hamburg to rise again moderately in the medium term.

Annual take-up of over 600,000 square metres likely
Although economic uncertainties are still omnipresent, they are not yet reflected in Hamburg's office letting market. C&W continues to see strong interest from potential tenants, including further major occupiers, and expects total annual take-up to exceed 600,000 sq m. A figure only ever exceeded in 2017. 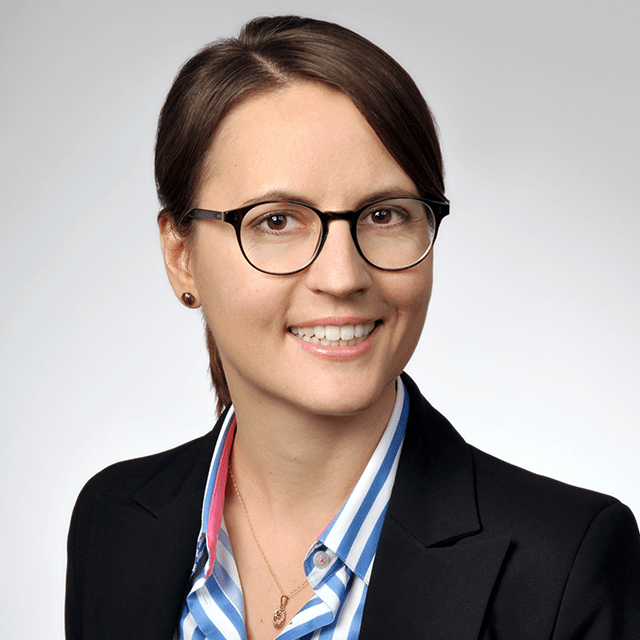 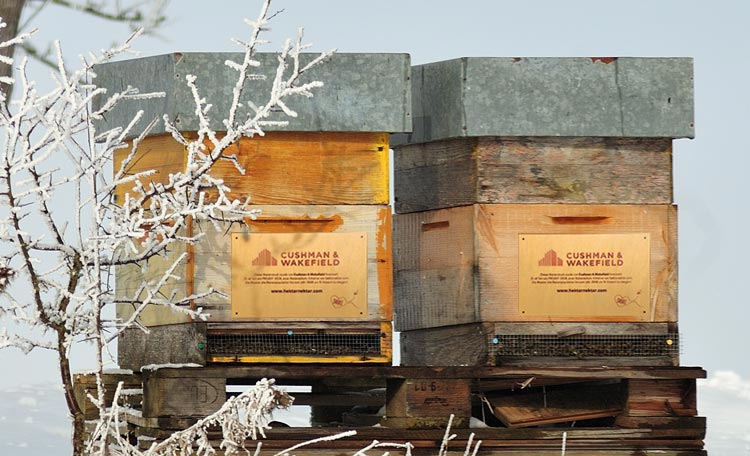