Cushman & Wakefield and Urban Office present an in-depth study about this area of the city that experiences exponential growth.

The growth of the Pan American Node - General Paz as a pole of urban development is evident to the naked eye. The buildings that were built in recent years make it the most thriving office submarket in the city of Buenos Aires, a condition that is confirmed by observing the construction in progress and projected for the short term.

To take dimension of this true “Big Bang” of the Node it is enough to know that, of the approximately 50,000 m 2 of offices that existed in 2010, it will reach about 260,000 m 2 in just two years, when the decade ends. This explosive growth not only changed the physiognomy of the area, but also modified a number of aspects that are relevant for those engaged in the real estate business.

Unlike what happens with the landscape, these aspects cannot be observed with the naked eye. That is why the need for this report, which was prepared jointly by Cushman & Wakefield, a global corporate real estate services company, and Urban Office, a study specialized in the design and management of urban and architectural projects, and which was presented to the press during a breakfast held at the area building, Nodus Business District.

The work is divided into three major chapters: Characteristics, Sectors and Trends. In the first, factors such as strategic location, accessibility, internal mobility, current uses and availability to build are thoroughly described and analyzed. This analysis shows the comparative advantages offered by the Pan American Node - General Paz with respect to other submarkets.

The situation presented by the area is not uniform, which is why it was divided into four sectors to study it better. That is what the second thematic unit of this research is about: exploring in detail the particularities of each of the four sectors that naturally derive from the crossing of the two main roads. While two of them already have important towers and projects, a third is waiting for modifications in the regulations to build and the remaining one is emerging as a possible service provider for the other three.

The third chapter points more towards the future, for which it raises a series of proposals and trends. There, the degree of density reached and projected is examined, and various initiatives aimed at improving the area, such as the implementation of safe trails or office transfer services, in addition to the integration of office buildings with the public space are exposed.

The study also tells about the evolution that the place has experienced since the mid-1990s, when the work plan facing the North Access was the starting point for companies to begin to settle, slowly first and at an increasingly accelerated pace as the years passed.

Herman Faigenbaum, General Director of Cushman & Wakefield Southern Cone, explains it in this way: "A center that offers multiple advantages based on geographical and transport aspects, added to an important availability of space to continue building, began to consolidate."

“The crossing of Pan-American and General Paz became an urban Node, unique in its kind. For that reason, it is essential to know in detail the current panorama and the opportunities it presents in the future, ”he added.

For his part, Roberto Converti, Director of the Urban Office, said: “The changes that have occurred until today will be even more transcendent in the future, generating a permanent cycle of establishment of activities, favored by the prominence that they have to acquire throughout from Avenida General Paz the exchange nodes ”.

According to him, the Node "forms not only a road junction, but a territory in continuous transformation, gradually constituting one of the main centrality points of the metropolis of Buenos Aires." 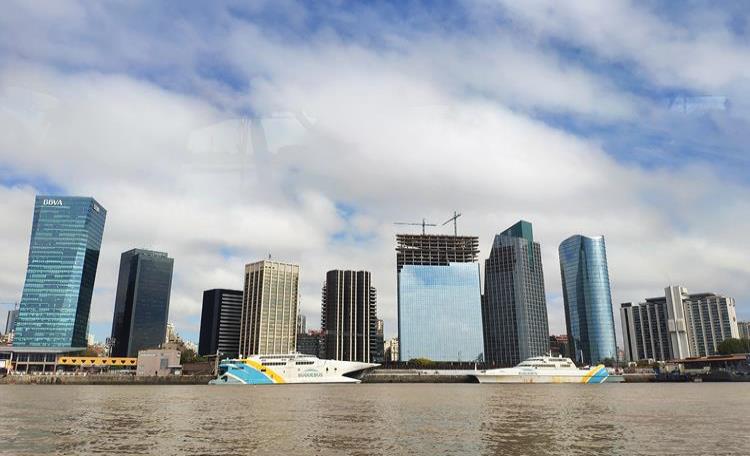