The latest STR figures show that the Prague hotel market has borne the brunt of the coronavirus crisis in Europe. It recorded the steepest decline in average revenue per room in 2020, down 84.6% on the previous year on the back of an average 16.6% annual room occupancy rate. Even so, confidence in the Prague hotel market and its long-term potential is hardly waning, as underscored by the unflagging interest not only among investors, who are always on the lookout for good opportunities to buy, but also among hotel operators, who have identified Prague as the main target of their activities. Results reported for last summer, when rules were eased for a while, signalled that the market would be able to recover relatively quickly once the restrictions are lifted. Complete recovery, however, is not expected until 2024.

European hotel market figures just published by STR for 2020 reaffirm what was obvious over the course of the year: Prague was one of the European hotel markets hit hardest by the effects of the coronavirus crisis. The year-on-year decline in average revenue per room came to 84.6 percent, with only Barcelona, Rome and Lisbon being impaired on a similar scale. The impact on Europe’s other major hotel markets was a little softer, with an average 69.7% decline in revenue per room. The main reason for Prague’s declining revenue was the 78.5% drop in the occupancy rate (to 16.6%). Another key factor was the 28.1% cut in average prices to EUR 66 per room.

Bořivoj Vokřínek, Strategic Advisory, Head of Hospitality Research EMEA, Cushman & Wakefield: “Like most other major tourist destinations in Europe, Prague relies on international tourism, which was drastically curtailed by the effects of the coronavirus crisis in 2020. In Prague, however, the fallout was greater for two reasons. During the first wave, the Czech government was among the first to impose harsh restrictions, including the forced shuttering of hotels. Then, during the post-summer second wave, the Czech Republic’s increase in cases was one of the highest in Europe, resulting in the uncompromising suspension of foreign tourism and the subsequent closure of hotels. What’s more, the Czech authorities did not follow the example set by many other countries in using local hotels to accommodate health professionals or as makeshift hospitals. All this hastened Prague’s status as one of the most devastated hotel markets in Europe. Having said that, we must remember that these are temporary factors not directly related to the tourism market, which should recover quickly once the virus has been brought under control.”

For the most part, visitors to Prague are tourists from countries within Europe. In 2019, these recreational visits accounted for 73% of the total number of overnight stays. As this demand is not dependent on intercontinental tourism, the market is projected to pick up relatively quickly after the measures have been eased. This is supported by figures from the summer months, during which the constraints were relaxed, enabling at least tourists from the surrounding countries to come to Prague again: the capital’s hotels saw their occupancy rates almost double from 9% to 17% in July, and then rise to more than 22% in August. In this respect, Prague quickly overtook international destinations such as London, Paris and Rome.

Obviously, tourist interest in Prague, which will survive the current crisis, has not gone unnoticed by the hotel market’s main players, who are continuing to focus their attention here. Investors and hotel operators alike are waiting for opportunities either to enter this market or to expand their presence on it.

David Nath, Head of the Central & Eastern European Hospitality Team at Cushman & Wakefield: “Prague has long been a focus of attention for all hotel market players, and it seems that the COVID-19 crisis is not going to change this. The Czech capital offers unique tourism products and experiences that unceasingly attract very high visitor numbers, so there is no reason why we should not see a return to pre-crisis levels once the restrictions are lifted. The willingness and appetite to travel has not dimmed and Prague remains a preferred destination. That is why we are seeing this ongoing interest among prominent market players in buying, leasing or operating some of the local hotels – the demand definitely exceeds supply.”

Sales of hotels were sluggish last year, a situation that looks likely to change this year

Hotel transactions were few and far between on the Czech market in 2020. Some were postponed in the climate of uncertainty caused by the crisis, with investors deciding to sit tight in the hope that hoteliers, finding themselves under increasing economic pressure, would slash their selling prices. However, so far they have been waiting in vain because hotel prices have remained steady at 2019 levels.

David Nath, Head of the Central & Eastern European Hospitality Team at Cushman & Wakefield: “As demand exceeds supply, prices are holding up at their original level. There are throngs of investors looking for an opportunity to buy a hotel in Prague, but few hotels are for sale. Nor is there any large-scale construction in the pipeline. In the next three years, we expect an additional 1,750 rooms to be built, averaging just 1.5% annual growth. There has also been talk of curbing short-term rentals and cutting VAT on accommodation services. All this compounds owners’ abiding belief that their hotels carry the same value as they had in 2019. Investors, on the other hand, have been expecting that values could actually halve. In this situation, we assume that sales will only get off the ground when both parties’ valuations start to converge.”

Prague is the main target for operators

Prague’s attractiveness to the international hotel business is underpinned by the results of the exclusive Operator Beat survey conducted in recent months by Cushman & Wakefield, the leading global real estate services firm, among regional and international hotel operators active in the CEE and SEE regions. Eighty-one per cent of them said that they were “very” or “highly” interested in the Czech capital. Of those who were just “moderately” interested, most already maintain a sufficient presence on this market.

In the list ranking how attractive 30 cities in the above-mentioned regions are, Prague was out front with an average of 8.8 points on a scale of 1 to 10. It was followed by Budapest on 8.3 points and Warsaw (8.1). Bucharest was ranked fourth with 7.6 points, while Krakow (7.3) came fifth, almost neck and neck with sixth-placed Dubrovnik.

Table 1: Appeal of Destinations in CEE and SEE

Capitals dominate the thirty preferred destinations, accounting for two thirds of the list. They are joined by ten smaller regional cities, among which the best performer was fifth-placed Cracow. Of the smaller Czech cities, Brno ranked best, coming 22nd with an average of 5.2 points, which indicates only a moderate level of interest among international operators overall. However, a relatively high 19% of operators expressed an interest in entering the Brno market. Other Czech regional cities to attract the eye of the operators were Ostrava and Plzeň.

The survey of hotel operators also sounded out their expectations for the sector’s recovery from the effects of the coronavirus crisis. Most of them are expecting levels on a par with 2019 to be reached between 2022 and 2024, depending on the importance and size of the destination. The capital cities are forecast to take longest to bounce back: almost half of respondents think this will be in 2024. These estimates are consistent with the Oxford Economics predictions, according to which tourist demand in Prague will recover by 2024.
The larger and more important regional cities should fare better, with more than half of respondents expecting them to recover in 2023. Smaller regional cities, driven by domestic demand, should recover even faster: the majority of respondents expect them to rediscover their past levels in 2022.

Needless to say, the coronavirus crisis has also affected development projects. While most respondents said that all or the majority of them are still going ahead despite the crisis, some are being delayed or even cancelled. This will slow down the growth of supply over the next few years and should facilitate faster market recovery.

In Prague, the rise in new hotel projects has been very constrained for a long time – in fact, since before the coronavirus crisis. Be that as it may, the construction of local projects such as the Hotel Andaz Prague in Senovážné náměstí or the conversion of the Evropa Hotel on Wenceslas Square into a luxury W Hotels hotel continues apace. However, several projects, especially those in the early stages of construction, are experiencing delays or even funding issues.

David Nath, Head of the Central & Eastern European Hospitality Team at Cushman & Wakefield: “The Prague hotel market understandably faces challenges. It is now difficult to secure financing, but not impossible, as evidenced by the refinancing we have successfully arranged recently for a big five-star hotel in the centre of Prague.”

Get the Operator Beat Map 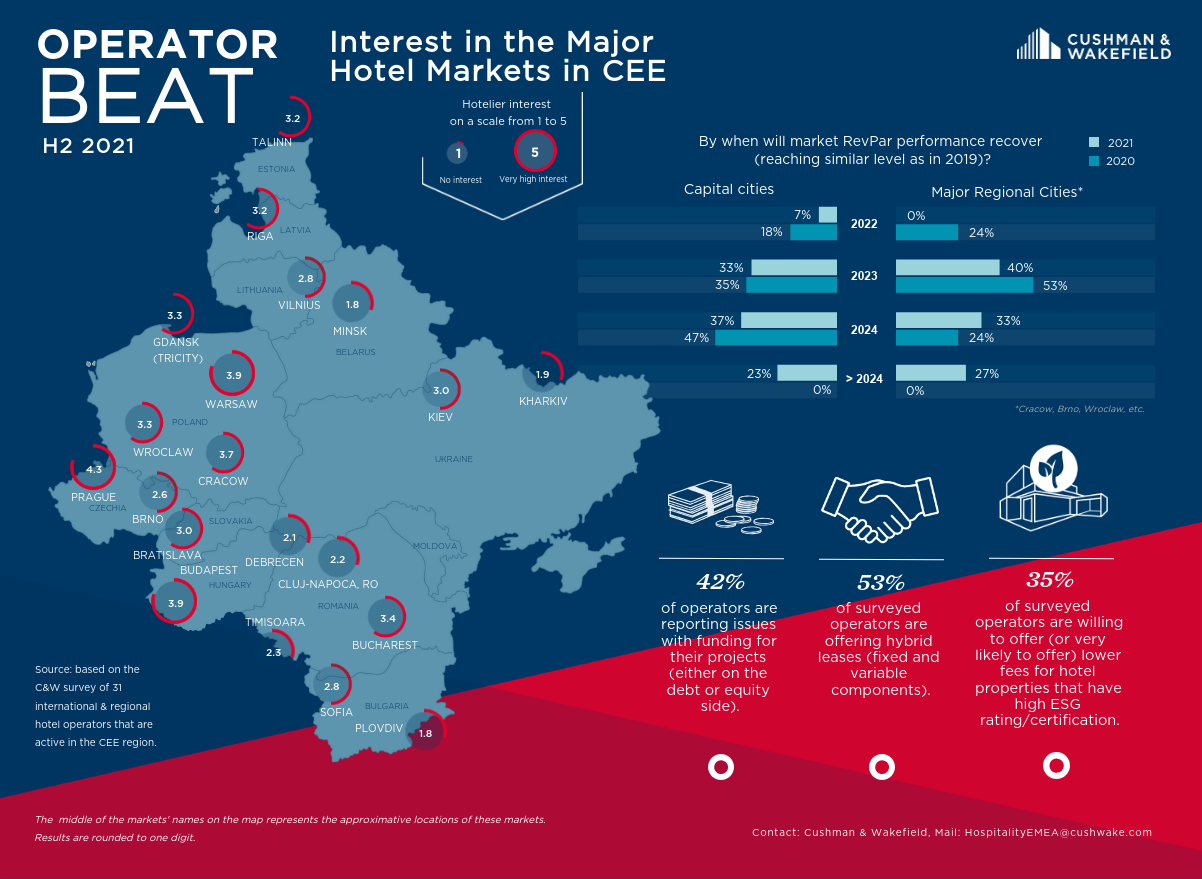 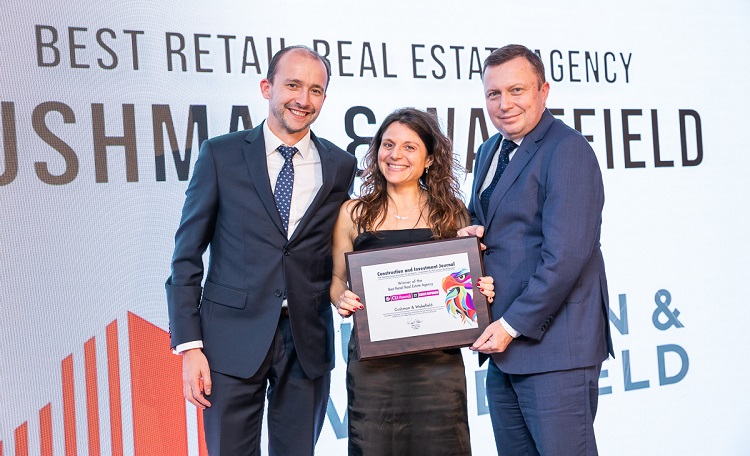 The Czech Republic maintained its top ten global ranking this year in the annual Manufacturing Risk Index (MRI) compiled by Cushman & Wakefield, which assesses criteria such as operating costs, labour, and economic and political risk. 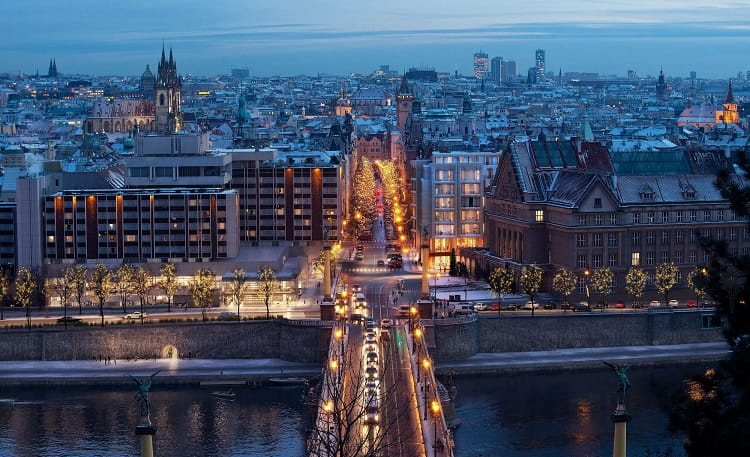 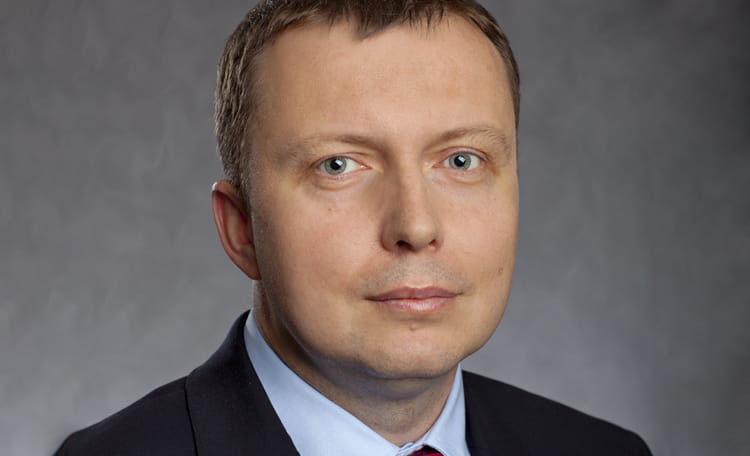 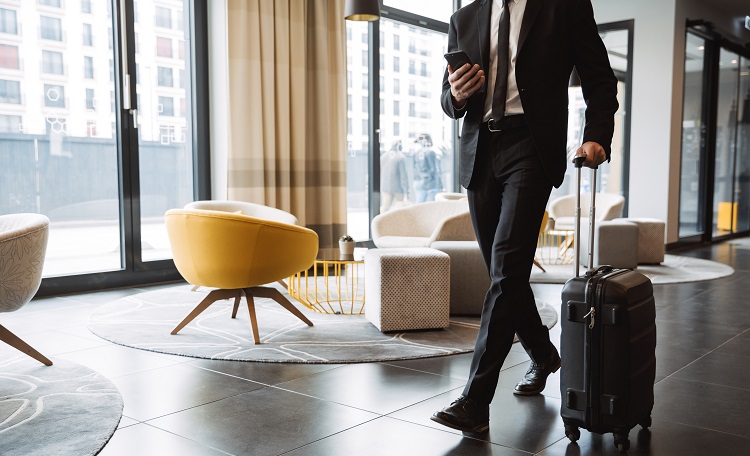