Santiago Chile Office Trends and Future of an Expanding Market

We are conducting an unprecedented study where we analyse the growth in the Santiago office market in recent decades. Current conditions and perspectives for 2020.

In the last twenty years the Santiago office market has experienced an unprecedented boom which has changed and continues to change the look of the city. In this context, we analyse the factors contributing to this growth, applying the barycentre concept which comes from geometry. We take the latitude and longitude of each class A building and weight the data by the rentable area. 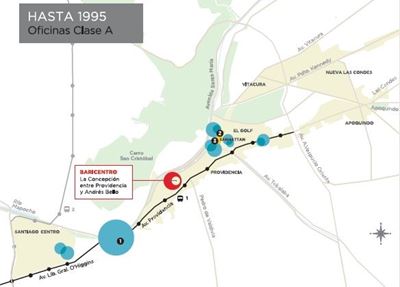 The results obtained show that market trends “indicate a consistent development in economic growth in recent decades with the execution of infrastructure projects.”

The biggest increase occurred between 2011 and 2016, a period when the space intended for new buildings was 622,789 m2, with Nueva Las Condes and El Golf as the sub-markets with the biggest growth, nearly double what occurred in previous periods.

However, in the next few years the office market is forecast to slow to a growth similar to that until 2011, with 324,398 m2 in new building space until 2020. By then the total space will amount to 1,909,910 m2, with Providencia and El Golf as the sub-markets with the biggest growth. 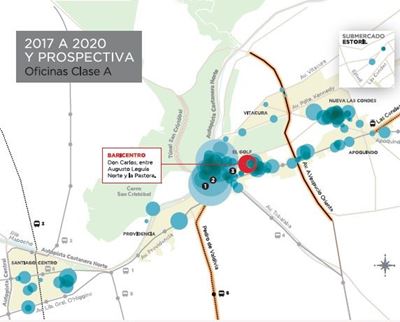 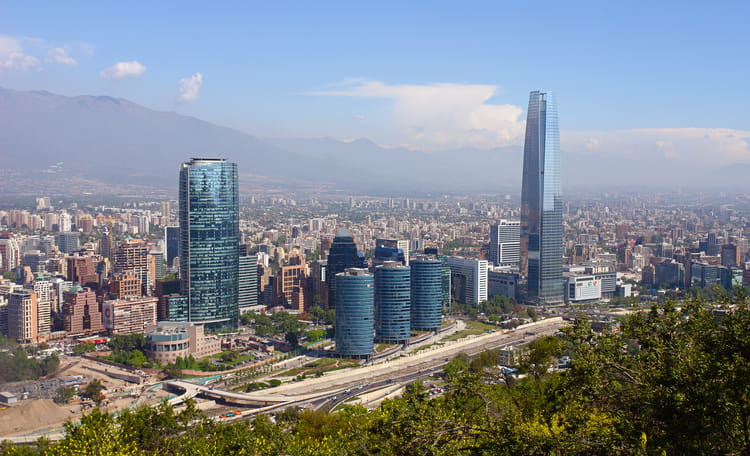 We are conducting an unprecedented study where we analyse the growth in the Santiago office market in recent decades. Current conditions and perspectives for 2020.
6/27/2017 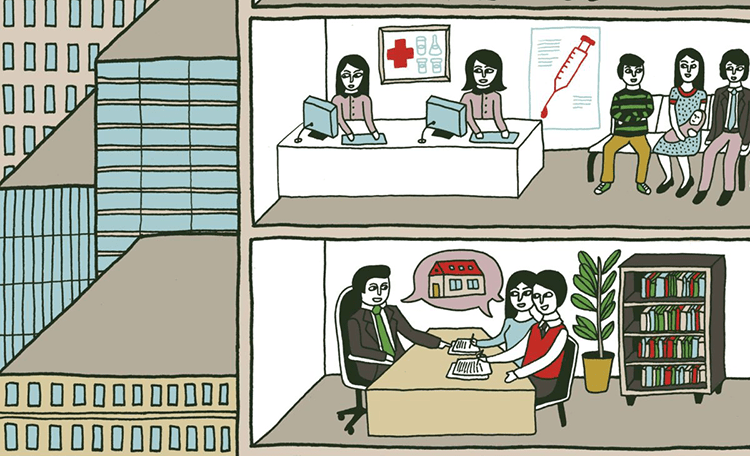 Class A Office Occupants in Santiago