Typically, the second half of the calendar year brings great excitement and fervour for the real estate markets, particularly for the residential sector. In the current year, while there were 75,000 apartment units launched across the top-8 real estate markets[1] in India during the first half (Jan-Jun), and a whopping 63% of that number was launched in the maiden quarter (July-Sept) of 2H-21.

This belligerence in project launches is very much sustaining into the fourth quarter as well, which brings-in festivals such as Dhanteras, Dussehra, Diwali, and Christmas. In the past too, residential launches were observed to be higher in the second half.

Across the top-8 cities, approximately 150,000 units are launched annually during the pre-covid 3-year period from 2017-19. The second half of the year for all these three years witnessed around 20-22% higher launches compared to the first half (Jan-Jun) on average.

Developers across all regions within the country want to cater to pent-up consumer mood during the festive period. The pandemic year of 2020 wasn’t any different either, with the second half accounting for over 10% more launches than the first half.

Mid-segment homes, a category that is neither luxury nor affordable, seem to be the flavour across major markets during the pandemic periods until the latest September quarter of 2021. Given the high demand, this category of homes will likely continue to remain the mainstay for developers during the ongoing festive season as well.

A large share of the mid-segment category is accounted for by the 2-bhk[2] and 3-bhk[3] configurations, whose share has been dominating launches in the recent past before pandemic. The pandemic times have further consolidated the market dominance of mid-segment, whose share has risen to ~60% during the Q2-2020 to Q3-2021 period.

Consumer sentiment remained reasonably strong for the mid-segment homes as uncertainty around employment nearly disappeared for many in the IT-ITES, BFSI, and Manufacturing sectors. To add to that, the developer offered flexible payment schemes and additional benefits to attract homebuyers into making the decision quickly.

Interestingly, the pandemic has brought to fore the importance of space as an amenity. Average apartment sizes have started to rise with the growth of the mid-segment category of homes. This is unlike in the past where the residential market was witnessing average apartment sizes reduce on a year-on-year basis.

Families have experienced for the first-time in-home activities where the breadwinners were working from home for a prolonged period, with children needing space of their own to attend virtual classes, while the other routine home choruses of elders and homemakers too, happening simultaneously. Project announcements in the festive months saw larger apartment sizes getting launched, backed by buyers’ preference to invest in larger homes by availing the benefits on offer from developers.

Policy level changes like stamp duty reductions across a few states and RBIs recent move to keep the repo rate unchanged (which has dropped from early 2019 and stands at 4% in 2021), faster pace of vaccination across cities, and steady housing demand from the workforce in the IT sector which has seen increased hiring of talent and salary hikes in contrast to other industries have all acted as support to boost sales.

Banks have been offering home loans at interest rates that are comfortably under 7.0%, which is the lowest in at least a decade and a half. Given all these market drivers, it is well anticipated that the ongoing period is going to strongly entice homebuyers to take that much-awaited step of buying an apartment.

NRI interest to invest in property during the auspicious festive season has remained high across top metro cities backed by increased transparency, strict regulations, depreciation in the Indian rupee, and attractive offers by developers. This has further exasperated post the pandemic driven by a high inclination for homeownership in India, decision to return to their homeland due to hybrid work formats as well as employment uncertainties.

In terms of launch/supply trends during the pandemic, developers’ willingness to launch projects has been largely influenced by rising demand for second homes from mid-income buyers, higher priority on eco-friendly and amenity loaded projects, good preference for even non-core locations, expansion of buyer’s budget to enhance the quality of living, government provision for rescue funding of stalled projects (through SWAMIH Investment Fund) and lower impact on construction activity during the 2nd wave.

At the quarter end, India’s real GDP grew by 13.5% on a y-o-y basis, this growth was largely contributed by a pick-up in private consumption, spending, and capital investments.
Saurabh Shatdal • 01/11/2022 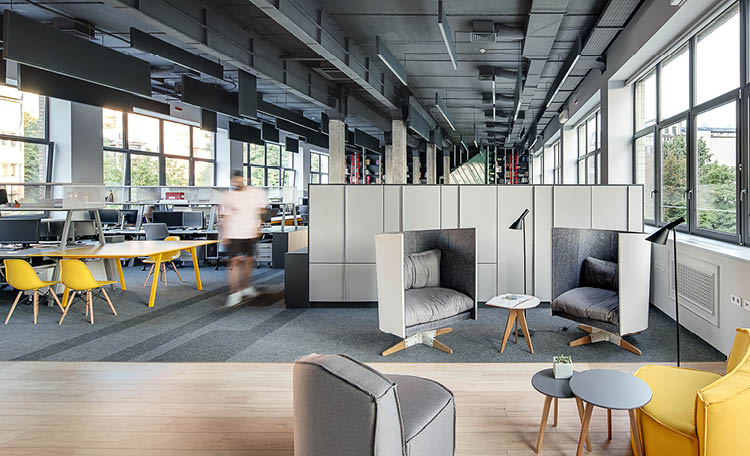 Office Demand to Drive Growth in 2022

Two years into the pandemic, everyone knows the office is here to stay. 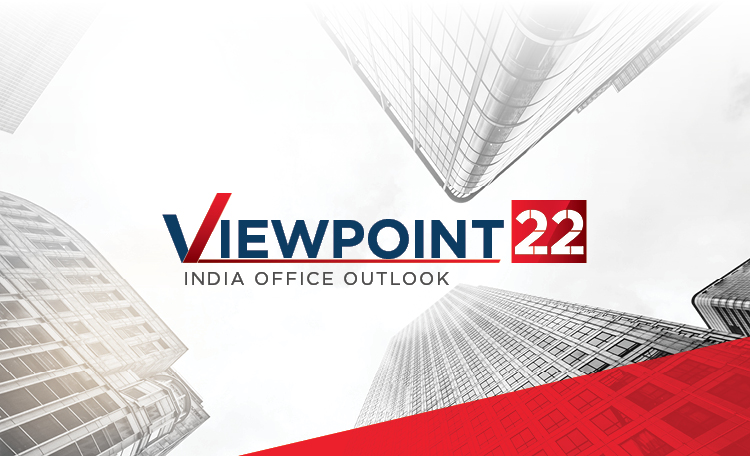