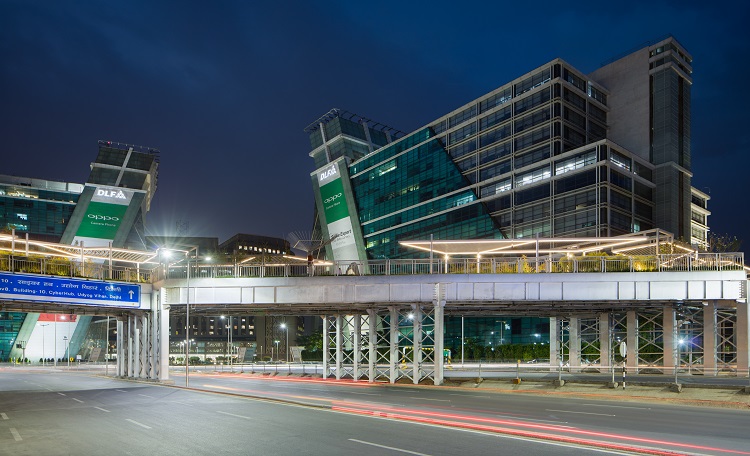 COVID-19 has dominated our lives and the headlines in recent times with statistics on active cases and mortality rates. With the year zooming by in a blur of terms like transmission, detection, isolation, social distancing and hand sanitizers, the economic, business and personal ramifications have been countless.

As a researcher, one looks to bring all commentary across myriad fields to assess the impact on the real estate sector in particular. However, these are such interesting yet uncertain times, that hazarding an on the point forecast becomes difficult, given the current VUCA times. One may, however, look at emerging trends, glean from conversations among the corporates, those wearing future hats and then marry that with on-ground market assessment, experience of previous slowdowns (albeit not health related but nonetheless impacting economic activity) and subsequently wear a forecasting hat himself. It makes for interesting results. I will focus on the real estate side of things.

India’s office markets were coming off a record year of leasing activity and new supply additions in 2019 (69.2 msf of gross leasing, 45 msf of net absorption and 51 msf of new supply) and the first two months looked like an extension of the same momentum. However, one knew from the outset that 2020 would not hold itself to the gold standard that was 2019. Demand for offices was expected to remain strong, nevertheless. The commercial office market was really firing among the conventional asset classes even as retail was largely stable with an upward bias.

Nevertheless, liquidity pressure was beginning to take its hold among the residential sector and debt defaults were precipitating the consolidation scenario being played out, even as debt was becoming increasingly expensive and not available to everybody. It was likely to impact the office developer segment as well.

The COVID outbreak was like a catalyst, with the various elements combining together to create an unprecedented health crisis that in turn birthed an economic situation that derailed India’s slowing GDP growth.

The impact of the pandemic was also visible at a global scale and the business community was scrambling to tackle a situation for which the SOP manual had no tangible solution. It is to the credit for all private and public enterprises, though that they re-assembled and kickstarted the world’s biggest remote working experiment. This Work From Home was essentially a Business Continuity Planning strategy that allowed enterprises to turnaround quickly. Unfortunately, hospitality, retail, tourism and travel were sectors that could not avoid a large-scale business collapse. The results were startlingly swift to show themselves.

In numbing statistics’ terms, India’s office markets fell by 26% on a y-o-y comparison for H1, though the H1 2020 numbers by themselves were just a shade over one-third of the full 2019 numbers. Expansion plans were put on hold, cost and expenditure decisions were withheld and firms were looking to completely re-draw their business plans in a new normal, with no clear direction emerging and ‘playing by the ear’ or ‘reacting to an evolving situation’ were most common utterances. Despite this, business continuity was admirable in its turnaround and was a big tick for India and its large offshoring/outsourcing sector. As the Unlock 1.0 to 4.0 has taken a hold even as cases have been rising, conversations in business circles have started becoming more tangible in terms of portfolio management, strategic growth areas and re-aligning the worker-workplace relationship.

Retail has seen a big hit and businesses have shut. However, as malls have begun to reopen, the focus is clearly on ensuring a clean and safe environment for customers. The whole mall and shopping-leisure experience is likely to be reimagined significantly.

The oft-talked about residential sector has been a rather curious case. Amid all the doomsday predictions, the market has started sprouting some recovery shoots. The reduction in repo rates has brought down home loans to their lowest in over a decade and ready, unsold and close to completion inventory has found takers. Residential demand has curiously also been driven by a need to upgrade as families have realised the need for creating a home office space within their homes. Those staying on rent (singles as well as families) have also seemed to be interested in upgrading to starter homes, though the financial and liquidity situation is a critical parameter.

As we put our forecast hats on, office markets seem set for a 45-55% y-o-y reduction in net absorption. A similar decline in leasing demand also looks imminent. Although if we consider the six-year average numbers, 2020 numbers are likely to be down by 30-35%, which given the current situation and an assessment of the numbers across other countries, will make India among the very few countries which will end the year with a positive net absorption number. It bodes well for the commercial sector. The predicted death of the coworking sector has been swiftly replaced by the discussion that this asset class could come in handy as occupiers look to create ‘flex’ in their office portfolio. It just goes on to show that trends are rapidly evolving, and all predictions may not turn out to be true or long-term.

The retail recovery seems farther down as many retailers will be looking to cut their losses or just skate by for this year and the next. Returning customers and changes to shopping styles will render many store formats obsolete. F&B formats will be hit hard and stores shuttering down will be little more commonplace in this segment. Re-strategizing the store model and the sale-cum-experience format will be crucial for retailers reinventing themselves. But given the resilience of Indians, a return to the shopping mall is sooner on the horizon rather than farther. Safety considerations though will take precedence.

The residential segment will move ponderously on its recovery, aided and impeded at the same time by the liquidity availability and buyer sentiment. It will be interesting to see how projects achieve financial closure and funding models evolve even as consolidation will be at a faster pace than previously seen. It will be the survival of the fittest or should we say the most prudent and financially secure.

The biggest noise has been made by the warehousing/logistics sector and data centres. The drivers both are quite well-known but suffice to say that as e-commerce gathers more steam and literally quadruples over the net decade and India’s shopping habits evolve, warehousing demand will grow at a rapid pace. 3PL players, e-commerce will be key space takers even as cold storage formats will rise in share of warehousing space. Industrial parks driven by India’s push for becoming a manufacturing hub through sustained policy reform will be a key real estate driver as well. For data centres, sufficient to mention that current installed capacity of around 550 MW among colocation players in the top seven cities will likely double over the next 4-6 years, given the huge data consumption locally.
All in all, India’s real estate space is expected to evolve at a paid pace as real estate researchers, we will be there to clock its trends, analyse the action and wear the hat all over again. Till then, stay safe and happy reading!

COVID-19 and Indian Real Estate: What Does the Future Hold?

This report explores the implications of high inflation for real estate, and presents key strategies for owners, investors and occupiers to forge ahead in the inflationary environment.
26/04/2022 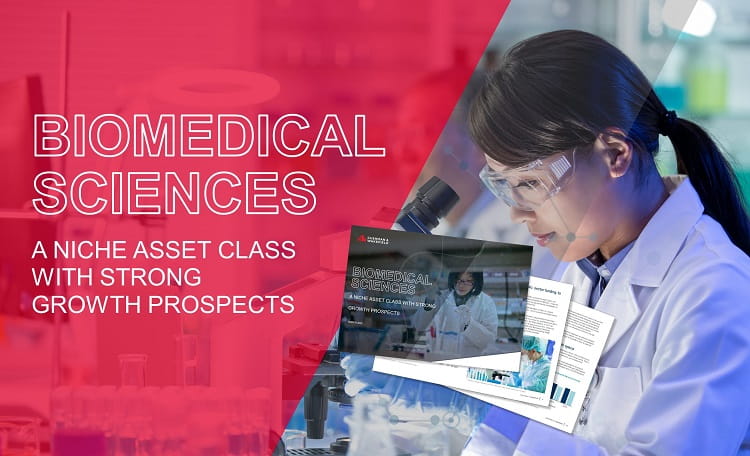 This report provides an overview of Singapore’s biomedical sciences (BMS) industry and its real estate requirements with the focus on key drivers for the industry, demand, future supply and rentals of life science properties.
07/03/2022

Over the last two years, the Singapore Government dedicated a total of close to S$100 billion to combat the impact of Covid-19.
Xian Yang Wong • 21/02/2022
Your privacy matters to us
With your permission we and our partners would like to use cookies in order to access and record information and process personal data, such as unique identifiers and standard information sent by a device to ensure our website performs as expected, to develop and improve our products, and for advertising and insight purposes.