Why is India manufacturing set to expand after COVID-19? 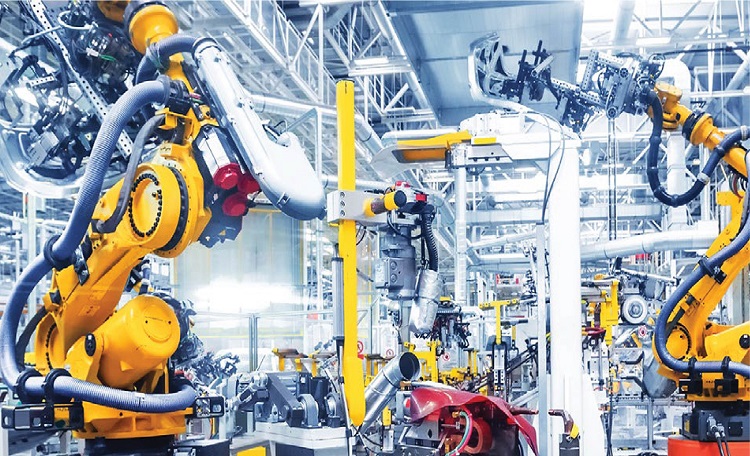 The COVID-19 pandemic has brought global manufacturing and supply chain realignment into sharp focus, with the outbreak accelerating a wide array of established trends. In particular we’ve seen supply chain vulnerabilities exposed when over-dependence and over-centralisation caused massive disruptions to the production cycles in the wake of this unprecedented health crisis. From strategic risk diversification to cost considerations and business continuity concerns, businesses are increasingly looking for alternative global manufacturing destinations, with manufacturing in India set to benefit.

There are a lot of factors here that work in the favour of manufacturing in India. India has the 2nd largest labour pool globally as per the International Labour Organisation 2018 statistics and while it is extremely competitive on hourly wages comparison, the regulatory reforms and initiatives that have been undertaken over the past 3-4 years have set the ground for the India manufacturing ecosystem going forward.

India’s rise to 63rd in the 2019 World Bank’s Ease of Doing Business rankings from 142nd in 2014, ensured it was one of the most improved nations on the list. The push to lower corporate taxes has resulted in India offering one of the lowest corporate tax rates globally at 15% for new India manufacturing firms, clearly demonstrating the goal of ramping up manufacturing as a share of national GDP. From a comparative perspective, India’s manufacturing sector accounts for around 1/6th of the GDP, compared to China where manufacturing accounts for a 39% share of the country’s GDP.

In particular, India performed exceptionally well in the cost scenario, which includes indicators such as labour, electricity, construction costs, ranking third after China and Vietnam. Although in the risk scenario, which considers economic, corporate, energy, natural disaster risks, India ranked relatively poorly in 30th place, the continued shift up the Ease of Doing Business rankings and the continued regulatory support for manufacturing should do much to assuage concerns.

At the heart of Atmanirbhar Bharat and Vocal for Local is the drive for indigenisation of manufacturing, supporting not only the vast domestic demand but also attracting manufacturing firms to the large consumer base that the country offers. In particular, India has identified key industry clusters where the country has been performing well, including hardware and electronics, and rolled out incentives schemes like the PLI (Production Linked incentives) to support the re-shoring of large-scale electronics manufacturing to India. This follows the earlier implementation of the 100% FDI in contract manufacturing and the National Electronics Policy 2019.

The results of these policy decisions have been encouraging, with global OEMs and component manufacturers making a beeline to set up shop or expand capacity in India. Global players such as Wistron, Pegatron, Foxconn and Hon Hai from Taiwan, Samsung from South Korea, as well as firms from Germany and Austria have applied for benefits under the PLI scheme so far.

Indeed, from complete assembly to component manufacturing we’ve seen India shift to being considered a key part of global supply chain realignment. Further PLI schemes have been rolled out for medical devices manufacturing and incentives offered for pharmaceutical bulk drug production, the automotives, textiles and food processing, all of which have a strong domestic consumption component as well.

Finally, there is also a renewed emphasis on making India self-reliant in defence equipment manufacturing, as well as becoming a global exporter. As a result, FDI under the automatic route in defence manufacturing was eased to 74% from the earlier 49%.

That trunk infrastructure development is needed to power the growth of India manufacturing is now a moot point. It has been well established that investments in infrastructure have the potential to yield multi-x results in how private investments chase such large public investments. India has an estimated USD 1.5 trillion expenditure planned for the next five years towards capacity building and augmentation in its infrastructure.

The target of doubling the existing port capacity of 1,500 MT, which itself has doubled in the last five years, bodes well, even as increasing port haulage, ship building capacity and using the port land for green energy generation will push the manufacturing agenda even further.

The investments in highways, road capacity increase, railways and the setting up of industrial corridors, thus connecting the industrial/manufacturing enclaves to trunk infrastructure, will greatly improve speed to market and support reduction in logistics costs.

Areas for improvement but progress being made

The government needs to push ahead with some key reforms to attract investments and boost India manufacturing. Easier land acquisition rules for industry, and labour reforms need urgent attention. The government has moved to consolidate 44 labour laws into four labour codes but, at present, only the Code on Wages has been passed by Parliament. The other three codes – Industrial Relations, Social Security, Health & Working Conditions – are still pending. Implementing a nationwide Investment Clearance Cell and National Logistics Policy, which were announced in Union Budget 2020-21 will create a more favourable investment scenario.

The Central government has made overtures to global firms who looking to reshore and/or diversify their manufacturing supply chains in the post COVID-19 world. Certain state governments have taken steps to reduce investment bottlenecks and boost investments. Karnataka has amended its land acquisition law and made it easier for companies to directly purchase land from farmers. Gujarat has announced that it will allot land to companies in 7 days and all necessary approvals will be provided in 15 days. Tamil Nadu, Maharashtra and Telangana are preparing dedicated incentive packages for electronics manufacturers. Despite these state specific measures, the central government will have to take the lead in key structural reforms and policies for long term manufacturing growth in India.

A key opportunity that India missed out on was the potential of the SEZ Act, 2005. Meant to be a catalyst for driving global investment into the India manufacturing ecosystem through tax and fiscal incentives, the Act became the flag-bearer for the success of India’s services sector. However, lopsided growth and excess capacity in the SEZ areas still operational demonstrates that the policy clearly hasn’t borne the desired fruits to the extent it was envisaged.

Rather than dwelling on these issues, the time is now ripe either for a rebirth of the SEZ policy or to allow such aggregated land to be put to alternate, efficacious use for manufacturing units, post de-notification. Reimagining these areas as Employment & Economic Enclaves (as per the Baba Kalyani Report) and reinstating the tax benefits even as incentives for the manufacturing sector are clearly earmarked, will really allow for the policy to achieve its original, stated objectives.

Tax reduction and related incentives though may not be enough. Becoming tax friendly and by extension industry-friendly is more critical. From simplification of the GST code to improving tax transparency and certainty in taxation policy and procedure are critical factors. While, tariff barriers on imports may support local manufacturing industry, mutually favourable trade agreements with other countries and regions will go a long way in giving a push to India manufacturing ambitions.

The window of opportunity is small and agility is needed to translate the efforts being made to woo the world’s global manufacturing giants into the reality of India becoming a prominent manufacturing nursery for the world.

To find out more about how we support the growing India manufacturing ecosystem, check out our dedicated page.