However, as the quarter ended and COVID-19 unfolded, uncertainty nested itself in the market. Hospitality was one of the first industries to be impacted and is arguably one of the most heavily hit asset classes so far.

Commenting on the market, Isobel Horan, Associate Director, Trading Assets, Cushman & Wakefield, said:
“2019 saw the first year of meaningful hotel development in almost a decade. While the opening quarter saw construction activity remain resilient, the overall delivery of hotel bedrooms is forecast to decline in 2020, hampered by impact of COVID-19 and construction capacity in the wider economy.”

Development activity has been a key feature of the hotel market over the past two years. In the opening three months of the year, 188 hotel rooms completed construction in Ireland. The most notable completion was the Hard Rock Hotel Dublin, a 120-room hotel which opened in February 2020, adding to the list of hotel brands which have become very visible in the capital over recent years. Other brand names set to enter the Dublin market in the coming years include Tune, NYX and Motel One, all of which have projects under construction at present.

At the end of the first three months of 2020, there were 4,850 rooms under construction nationwide, the highest level since Cushman & Wakefield records began. The vast majority are located in Dublin, approximately 87%. In the opening quarter construction activity commenced on three projects, the most notable of these a new 141 room hotel located on Moore Lane, Dublin 1. Interestingly, Dublin 1 accounts for the largest amount of hotel rooms under construction in the opening months of 2020, approximately 1,650.

Prior to COVID-19, approximately 3,300 hotel rooms were expected to complete construction by year-end. Given the restrictions in place on construction activity as a result of COVID-19 lockdown measures, completions that were due in the second and third quarters of the year will be pushed into the final months of 2020 and indeed opening months of 2021.

Transaction activity was solid in the opening quarter of 2020. A total of €61.8 million transacted across four hotel sales. The largest of these was the 5-star K Club Hotel & Resort in Straffan, Co. Kildare. The luxury hotel and golf resort was bought by Irish businessman Michael Fetherson, for approximately €57m. In the 12 months to the end of March, four 5-star hotels have changed hands in Ireland. In addition, the Anchor House, Dublin 1 sold for approximately €3.4 million, while the West region saw the Mayfly Hotel sold at auction for €267k.

Looking to the year ahead, the Irish hotel market is certainly in unchartered territory. Until restrictions are eased, not only domestically, but around the world, occupancy rates will remain low. STR have noted that the outlook for occupancy remains negative for the next six months. Despite this, some transaction activity is continuing. For example, the Dalata hotel group have announced the sale and leaseback of the Clayton Hotel Charlemont, Dublin 2 to Deka Immobilien for approximately €65 million, which is due to close by the end of April.

The eagerly anticipated investment sale of a substantial part of Facebook’s International Headquarters, has been formally announced with a guide price in excess of €395m. 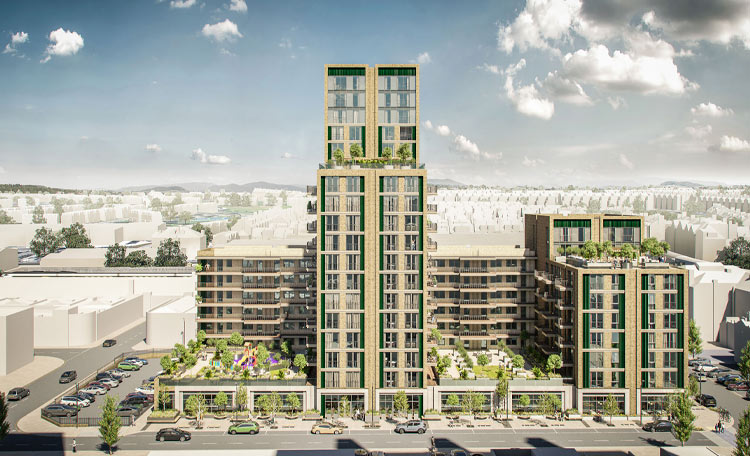 Cushman & Wakefield has made three senior appointments in its UK Specialist Markets division which provides services to owners and operators of specialist assets.

Are you ready for what’s next in the real estate industry?
Learn More

Cushman & Wakefield is one of the world’s leading providers of leasing advice to occupiers and investors.
Learn More

If you would like to find out more about our specific expertise, or discover how we could work with your company, please contact a member of our team – we’d be delighted to hear from you.
CONTACT US