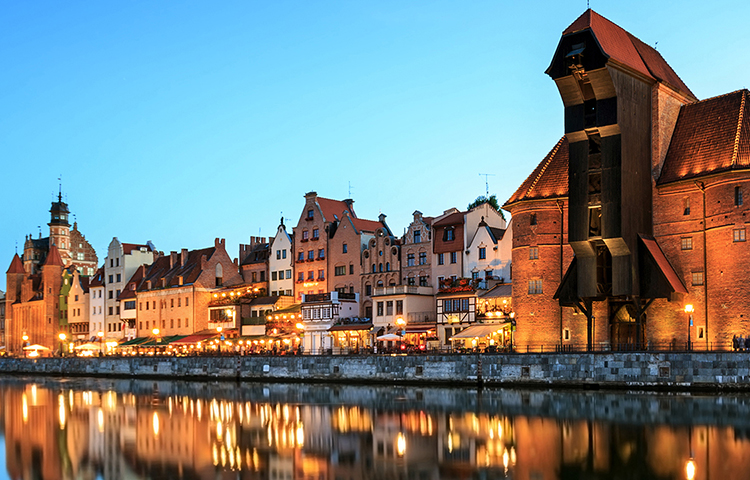 Tricity is a metropolitan area consisting of three cities in Pomerania: Gdańsk, Gdynia, Sopot, Wejherowo, Reda, Rumia, Pruszcz Gdański and several other communities. It is situated on the coast of Gdańsk Bay, northern Poland. The Tricity metropolitan area has a population of over 1 million people.

Cushman & Wakefield's local office is located in Gdańsk and since 2014 provides integrated real estate services to local and international occupiers and property owners in the Pomerania region including:

The benefits of our offer are considerable time and cost savings resulting from the wide scope of services.

Looking for commercial properties in Gdańsk?

Tricity is seen as a resident-friendly agglomeration: a thriving green space sitting between a protected natural area and the beautiful beaches of the Gdansk Bay. With recent major improvements to transport connections with other Polish regions, Tricity enjoys a huge potential to attract employees.

This has been recognised by both clients we had the pleasure to represent across many transactions and investors. Tricity also boasts a large supply of Class A office space in buildings aged less than six years, thereby offering a very high standard of premises.

See what we've achieved for our clients in Tricity

The Tricity office stock is concentrated mainly in Gdansk Oliwa with an outlook for another business hub likely to emerge in the former dockyard area, the so-called Young City in Gdansk, after building permits were obtained for new projects by developers such as Echo Investment, Cavatina and RWS.

On the demand side, the Tricity office market is dominated by IT companies. Against the backdrop of infrastructure improvements and the ease of travel, Tricity is seeing a considerable growth of interest from Scandinavian firms operating in IT, freight forwarding and international transport sectors.

The Tricity office market is characterised by one of the lowest vacancy rates among all regional office markets in Poland.

Looking for commercial properties in Gdynia?

The key catalyst behind the growth of Poland’s regional office markets is the BSS sector, which is increasingly expanding into smaller cities as tenants continue looking for attractive alternatives outside Warsaw. This is benefiting such locations as Krakow, Wrocław and Tricity with multiple modern office projects underway in response to the growing occupier demand.

Check out flexible offices available for lease in Tricity