In what is set to become Western Sydney’s next major residential development, a Sydney Based developer has acquired a 25,000 sqm site for just over $26 million, selling under the hammer at an auction held by Cushman & Wakefield and Next Commercial. The auction result is expected to be one of the most valuable development sites sold under the hammer in 2021

Known as the Sultonesi Estate, the development site has a proposed master plan for 51 residential housing lots and 1 mixed-use lot in The Ponds. The site will join a number of other major development projects planned or already underway in the surrounding areas. 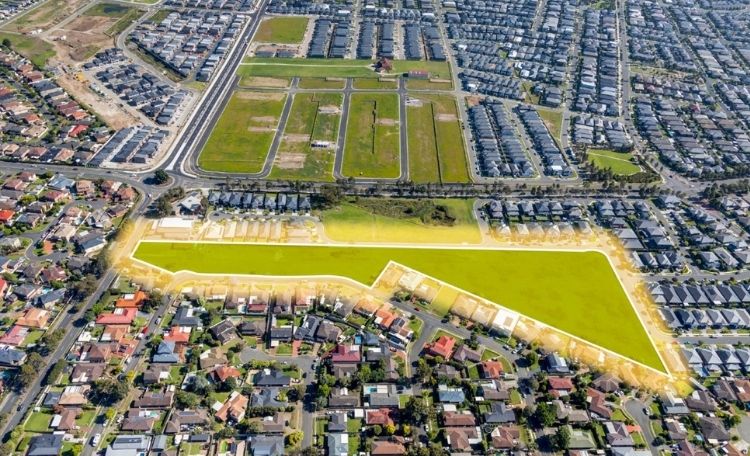 The vendors, two private families who had held Sultonesi Estate for over 35 years, brought the site to market via a public auction run in Sydney. The site, which sold above reserve, attracted 160 bids from potential developers and investors located across Australia, with interstate bidders flying to Sydney for the event. Cushman & Wakefield’s Yosh Mendis and Next Commercial’s Anthony Bray managed the sale with Jesse Davidson from auctionWorks running the auction.

The sale price of more than $26 million represents a land rate of $1,038 per sqm and represents the exceptional demand for new housing developments, particularly in Sydney’s western suburbs.

Cushman & Wakefield’s Associate Director, National Investment Sales, Yosh Mendis, said: “We received an overwhelming amount of interest in the Sultonesi Estate site from developers and high net worth investors, given its location in the North-West growth corridor and rarity as a Sydney metropolitan infill development site.”

“The site was hotly contested at auction, with more than 20 bidders pushing it beyond reserve. We had inquiries from more than 200 parties leading up to the auction and this demand was reflected in the sale price.”

“We have seen major developers circle this region over the past couple of years to take advantage of population growth and residential housing demand. The land rate of 1,038 per sqm, is reflective of just how much growth this area is experiencing.”

auctionWorks’ Chief Auctioneer, Jesse Davidson, added: “Tuesday’s auction was the most competitive and high-end auction our business has ever conducted. I can say with confidence that the sale also represented the biggest development opportunity we have ever sold under the hammer.” 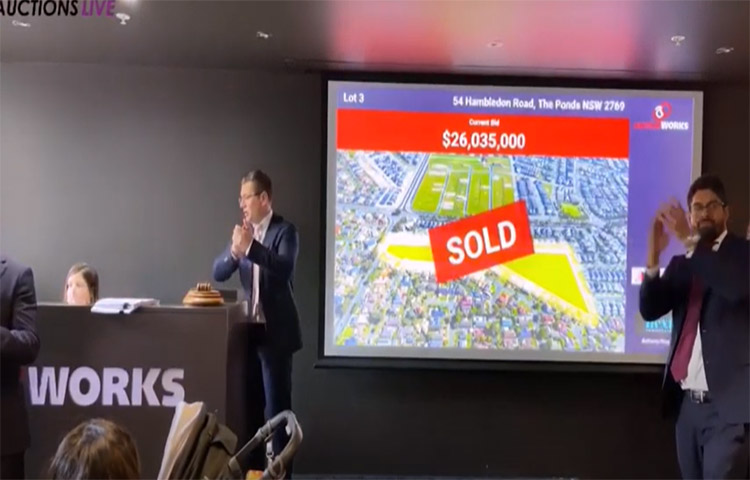