Cushman & Wakefield has been named as a finalist in the Australian Defence Industry Awards for Estate Infrastructure Business of the Year.

The Australian Defence Industry Awards recognises excellence from defence professionals, organisations and businesses across the country and awards them a prestigious accolade for their achievements over the past year.

The finalists, who were announced on Monday, 30 August, represent all individuals and groups across the defence industry over 33 different categories. 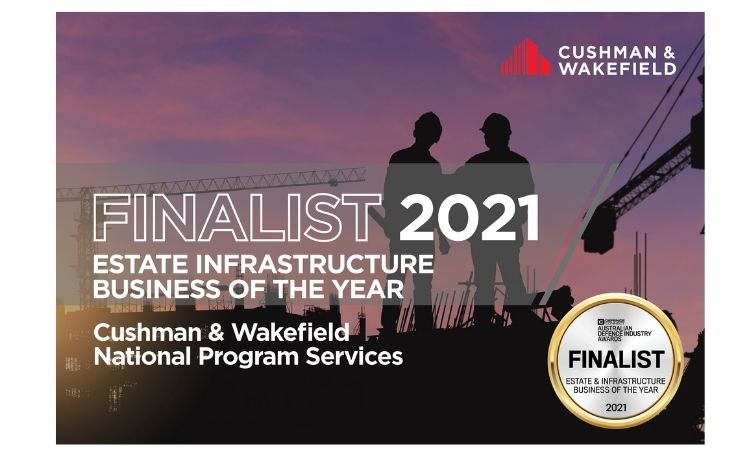 Damon Bird, National Director at Cushman & Wakefield was humbled to be recognised and proud to be a part of such an extensive network.

Damon adds, “It has been a privilege to support the sustainment of the Defence Estate through our National Program Services team. We are very grateful to Defence Connect for recognising the value of our contribution and listing us as finalists among such high-calibre businesses in Estate & Infrastructure Group for the Defence Industry Awards."

The winners will be announced at a black-tie gala event hosted in Canberra on Tuesday, 7 December.

*Neither the Australian Defence Industry Awards nor Defence Connect is sponsored, approved by, affiliated with or endorsed in any way by the Commonwealth of Australia or the Department of Defence.