The demand for offices in the Netherlands is increasingly focused on high-quality office space in very easily accessible locations in large cities.

The Utrecht station area takes full advantage of this trend and manifests itself prominently as the second business center in the Netherlands.

In 2019, 11 percent of all office admissions in the Netherlands took place in the municipality of Utrecht, especially in the Station area, according to our most recent figures. The central location in the country has long made the Station area in Utrecht an attractive location for Dutch head offices. Rabobank, Volksbank, NS and Prorail have been housed there for years and many head offices were added in the past year, including Aalberts Industries, Autobinck, AM Pharma, Certis Europe, McDonald's, Zanders, Ultimaker, VodafoneZiggo and TeamLiquid.

The global corona pandemic will further strengthen the preference for lively center locations with a high-urban level of amenities. The meeting function of offices has become much more important as a result of the COVID-19 outbreak. Even more knowledge workers will want to live closer to work to reduce travel time, so that working from home and working from the office is more interesting and public transport can be avoided. I also expect that the immediate proximity of Schiphol as a location factor will decrease in the short and medium term, because business traffic in particular will only slow down due to the large-scale adoption of video conferencing.

We expect that more office space will be added in the longer term at locations such as the Station area in Utrecht. We see the densification of urban areas as a much more sustainable and future-proof answer to current office needs than greenfield developments at highway locations such as those developed around the turn of the century.

See the infographic below for more information (in Dutch): 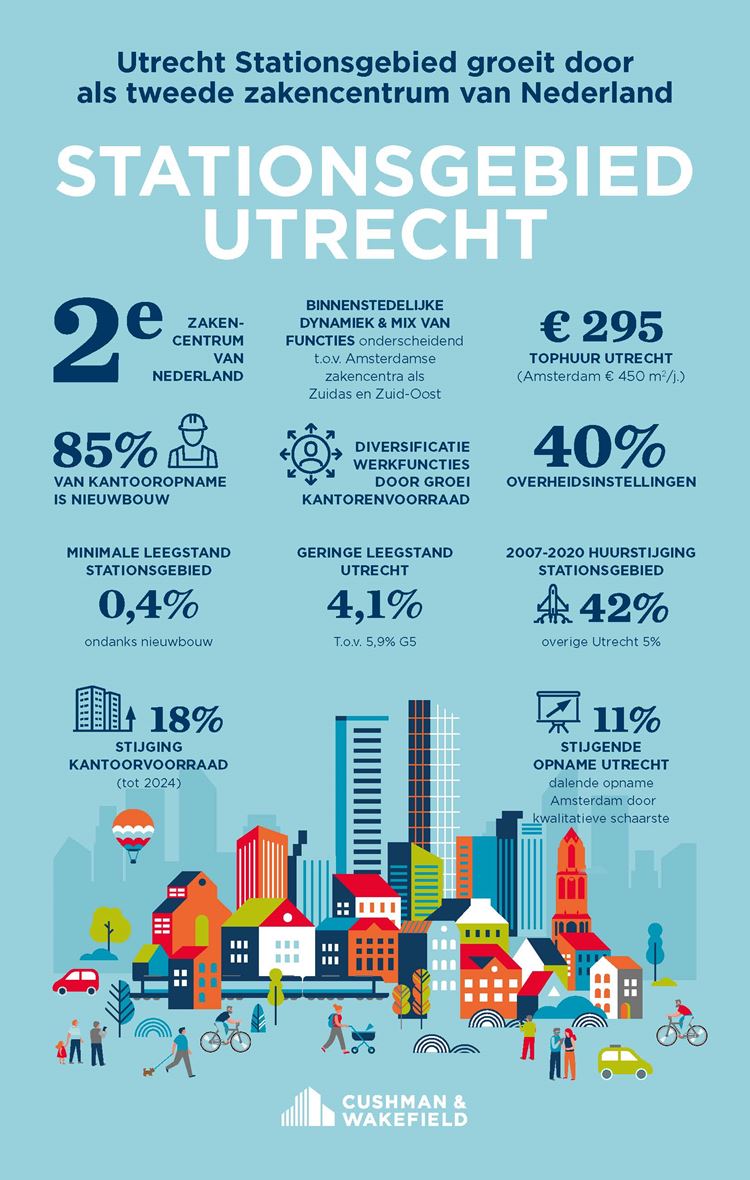