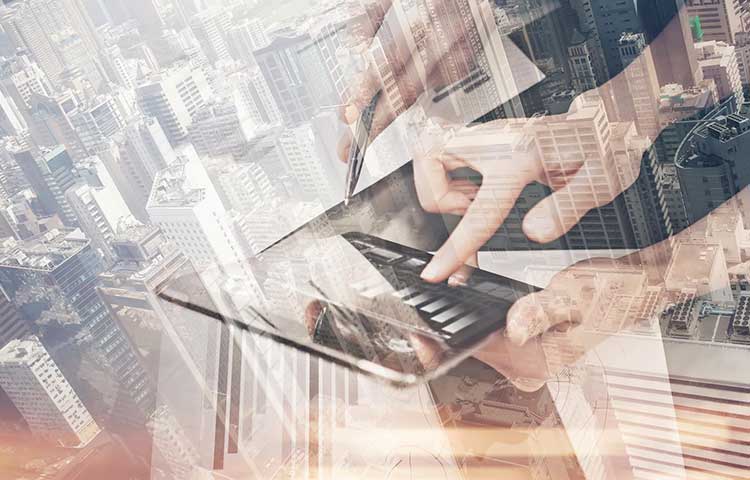 Why the finance market is deteriorating quickly

In recent months, partly due to the war in Ukraine, capital market interest rates and inflation have risen sharply, resulting in significantly higher financing costs for property investors and project developers. The liquidity surcharge is also back. “The situation on the financing market is changing rapidly.”

That is what Maud Visschedijk, Head of Debt & Structured Finance EMEA at Cushman & Wakefield in Amsterdam, says. According to her, the commercial real estate financing market in Europe had already recovered from the corona crisis when the Russians invaded Ukraine on February 24.

"Financing was not a problem at all before and I am talking about all products to be financed from core to value add and all sectors with the exception of retail, which showed signs of recovery again," she explains. “Due to the war and rising inflation and market interest rates, the situation is deteriorating relatively quickly. Although the margins are still virtually unchanged, the financing costs have sometimes doubled. But it is a misconception that financiers use the situation to get fat on the bones.'

Can you give a concrete example?

‘A good example is the financing of two residential portfolios. In January, our customers paid a fixed interest rate of 1.40% for a five-year loan on 60% LTV, of which 1.25% margin and 0.15% to fix the interest for five years. At the end of March, we received an offer from the same bank for a comparable residential portfolio at 3.00%. Consisting of 1.25% margin, 1.30% to fix the rate for 5 years and a liquidity surcharge of 0.45%. That is more than doubling.”

More than sixty lenders currently operate in the Dutch commercial real estate financing market, some more than a year ago. The largest group, about forty, are the debt funds. Such financing funds are marketed by international (real estate) investment managers, such as Apollo, Nuveen and Invesco. Despite the Ukraine crisis, Dutch banks, German Pfandbrief banks, insurers and investment banks are still making progress.

Visschedijk: “There is still plenty on offer. All financiers still have the counter open and plan to keep it open. We do notice, however, that the demand side is getting thinner, because buyers are faced with higher financing costs and as a result do not make a bid.'

What are the main changes caused by the war?

As mentioned, we do not yet see any difference in the willingness to finance and the margins for the good product remain low unchanged. What we do see is that some financiers are once again passing on liquidity costs to customers. In my opinion, this is the most remarkable thing in the current market: due to the increased uncertainty in the market, financiers are confronted with higher funding costs and it differs per bank whether, in what way and to what extent these are passed on to the customer. In addition, there are still enough financiers who choose not to pass on the liquidity costs, insofar as there are any, or hardly at all. As a result, we now see greater differences between offers from financiers.

German Pfandbriefbanken banks reportedly have a much lower funding cost than the major Dutch banks. Is that correct?

So we are mainly talking about the well-known large banks that still control a large part of the Dutch commercial real estate financing market?

Is it such competitively sensitive information?

"That also plays a part. It obviously says something about the bank's own position on the capital market. I have recently spoken to the banks about this subject and my conclusion is that there is great diversity among financiers. There are also banks that do not have to charge extra costs at all. For example, because they have a lot of savings, making them less dependent on the capital market.

In addition, we see the costs of hedging interest rate risk rising rapidly. The 3-month Euribor rate was negative at the beginning of this year and still is (d.d. 12 April 2022: -0.45%). “But if you now want to fix the interest rate for a longer period, for three, five, seven or ten years by means of a swap or a cap, you quickly pay much more,” explains Visschedijk. “Those costs have risen sharply. For a five-year fixed-interest period, the most common term for real estate financing, the calculation is now based on approximately 1.30%, compared to 0.15% at the beginning of this year. For a cap with a term of five years, you pay roughly eight times more than half a year, depending on the level of the strike rate. The difference between the 3m Euribor and the five-year swap is huge. 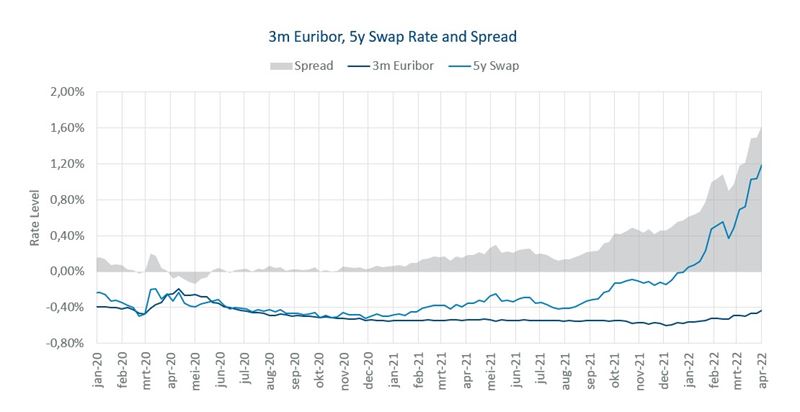 If interest rates continue to rise at this rate, what does that mean for the real estate market and what type of product will be hit the most?

At first glance, it seems obvious that real estate with low initial yields, such as top offices, large logistics halls and homes, suffer the most if interest rates continue to rise. After all, if the net return is 3.5 percent and the interest charges are 3 percent, then there is less return for an investor.'

“At the same time, in the US, where interest rates have been rising faster for some time, you are seeing a flight to a 'safe' product. Despite the increased financing costs and low returns, investors still want homes, logistics and good office buildings because it is a safe product and they anticipate rental growth.

How do you explain that?

This also has to do with rising inflation. Thanks to the indexation of the rental contracts, real estate is attractive for investors to hedge against inflation. Other sectors do not offer this protection against inflation, or to a much lesser extent. So real estate lenders will only want to borrow on real estate that they feel is inflation-proof and with underlying leases and indexation that tenants can also afford sustainably. These are considerations that banks take into account in their credit assessment.'

This brings us to the field of ESG. This stands for Environmental, Social and Governance and refers to the three central factors in measuring the sustainability of an investment. To what extent does ESG actually play a role in credit assessment in Europe?
“The past year has seen a turning point in the field of ESG in Europe. Dutch financiers were at the forefront of this, but ESG has broadened and deepened. For example, if you can't present a sustainability plan with a financing application now, many providers will not consider it at all.'

“There are still plenty of investors who are not involved in it, but most financiers no longer accept such an attitude. A large number of lenders have meanwhile committed themselves to the goal of having a loan book that is climate neutral by 2050. Financiers are therefore expected to become more critical in this area.”

Do financiers even dare to get involved in project financing?

If this situation continues, it could well have clear consequences for the government's aim to realize 1 million homes by 2030.”