Warsaw comes third in Europe for employee in-office attendance. How does it compare to other markets?

A survey conducted by global real estate services firm Cushman & Wakefield has revealed that the employee in-office attendance in Warsaw is close to around 45%, with the Polish capital taking third spot in the pan-European ranking “Cushman & Wakefield Research’s interpolation of Google Mobility Data, September 9, 2021”. Prague tops the table with more than 80% and is followed by Hamburg in second place with 60%. How is the organisation of the return to the office going on international markets?

Government restrictions and expectations of individual companies have had a major impact on office occupancy across key cities in Europe throughout 2021. Across the EU, the UK and most other parts of Europe, the approach was to mandate people to work from home, and employee in-office attendance has tracked closely with the level of COVID-19 infections. Once the restrictions were eased, the number of people spending time in the office increased.

Office attendance is still relatively low. The successive waves of the pandemic were followed by fluctuations in employee attendance. The return to the office was also spurred on by the end of the holiday season and return to school. At least a partial return to normal was clearly visible on London public transport - the number of London tube journeys on 6 September 2021 reached its highest level since the beginning of the pandemic. Bus journeys alike experienced a dramatic uplift, with 40% more passengers than the same time the prior week.

PLANNING A RETURN TO "NORMAL"

A poll of more than 1,000 managers by the Chartered Management Institute in the UK has found that asset managers, law firms and insurers are expecting people to be in the office for two or three days a week.

However, the percentage of vaccinated populations is likely to have a major influence on the preferred work model. Most companies in Europe are not mandating vaccinations. The European Convention on Human Rights (ECHR) – specifically Article 8, which protects the right to private life – has been cited as a reason businesses are hesitant to require vaccinations. However, the UK, France and Greece did recently mandate vaccinations for frontline healthcare workers, while Italy made vaccination certificates mandatory for most employees in both public and private sectors in mid-October.

In France, people can only enter cafés, restaurants and cinemas with a health pass. Germany has introduced a similar policy by eliminating free COVID-19 tests - and thereby making access to tests a greater burden - while at the same time requiring unvaccinated people to show negative tests to access indoor spaces and events.

The assumption that offices were fully occupied prior to the COVID-19 pandemic was false. In fact, people had been working flexibly to varying degrees across different European countries for some time – estimates aligned around 60% of ‘desk usage’ at any given time. Experts expect employee in-office occupancy to continue to trend upwards unless there is a severe spike in new infections.

The majority of companies in Europe have indicated September or October for a concerted move back to in-office working. Those that have taken a longer view have cited January 2022 as the targeted timing. This will vary by country based on continued growth in vaccination levels, opportunity to take a third booster vaccine and by industry mix. Occupiers in the finance, banking and law sectors are more likely to be returning throughout the remainder of 2021, while technology firms (at a very generalized level) will delay return-to-office plans until January 2022.

More information global trends in returning to the office can be found in the report: Predicting the Return to the Office. 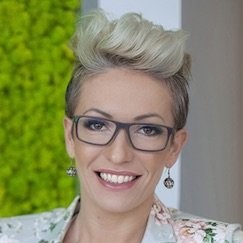