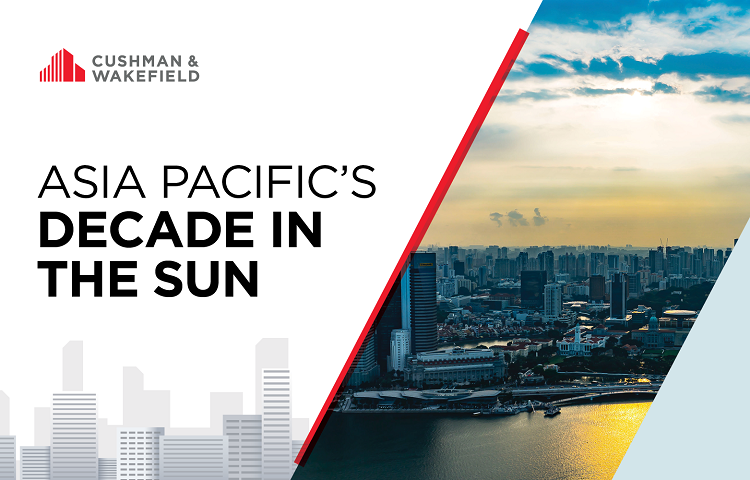 Asia Pacific's Decade In the Sun

Our recent Demographic Shifts: The World in 2030 report highlighted the exciting future for the Asia Pacific region over the next decade. Here we take a look in more detail at some of the drivers that will propel the region forward to 2030, and why the decade ahead is looking like it’s Asia Pacific’s time to shine.

The Asia Pacific region, at 4.4 billion, currently accounts for 57% of the world’s population of which 2.8 billion live in China and India alone. The region is also forecast to grow at an astonishing rate of 30 million people per year – that is the equivalent of adding the population of Australia and New Zealand every year for the next decade. Perhaps of most importance is the fact that the region is growing its labour force. Indeed, by 2030 the working age population of Asia Pacific will swell by over 170 million while North America will only add 3 million and Europe will retreat to the tune of 24 million.

The easiest way to see this is through age-sex structures (Figure 1):

Of course, within Asia Pacific there are challenges. Japan has long been held up as an example of hyper-aging and China will have to manage the impact of historic fertility control policies. Both countries are expected to see a decline in working population over the next decade, which China is offsetting by moving up the value chain to achieve a higher level of productivity. Japan has opened its borders and Tokyo is starting to move up the Global Talent Competitiveness Index.

Overall though, from a real estate perspective, this regional population increase will drive the sector forward through a greater demand for goods and services, a trend which will ultimately manifest in an increased demand for commercial space.

Asia Pacific is well positioned for robust economic growth over the next decade. It currently accounts for a little over a third of Global GDP – USD29 trillion out of a global total of USD84 trillion – and is forecast to grow an at average of 4.1% per annum for the next 10 years. In contrast, global growth sits at 2.7%. So not only is Asia Pacific the largest region, it is also outgrowing the rest of the world, with EMEA at 1.8% per annum and the Americas at 1.9% per annum (Figure 2).

Beneath these regional figures there is impressive growth at the national and city levels. For example, Bengaluru is forecast to grow by nearly 9% per annum over the next decade. The rapidly expanding Hyderabad is forecast to experience similar growth, and cities such as Ho Chi Minh City, Shenzhen, Manila and Shanghai are all expected to post growth above 5% per annum.

As a result of this growth, the World Economic Forum recently announced that by 2030, Asia Pacific will be responsible for 90% of the 2.4 billion new members of the middle class entering the global economy. Running alongside this is the region’s advancing digital economy. This is a population that will need places to live, work, shop and relax. However, there will be local variations and investors and occupiers alike need to understand local drivers to identify opportunities for their businesses.

For example, a relatively youthful population, rising middle class and rapid urbanisation will propel all real estate sectors across India. In the past five years alone, India’s top eight cities combined have added nearly 185 million square feet of office stock, the equivalent of five Orlando Cities, while from an online retail perspective, India is the fastest growing e-commerce market in the world. In contrast, China’s middle class will swell to be the world’s largest, but simultaneously the growth in the elderly population (25% will be aged over 60 years in 2030) will generate new markets and sectors.

Another significant area of growth is infrastructure. As the region expands demographically and economically there will be an ongoing need for more infrastructure development. Indeed, the Asian Development Bank has stated that the Asia Pacific region requires USD1.7 trillion each year in infrastructure investment through to 2030.

The region already accounts for 65% of the world’s container port volume, which is around 500 million TEUs. Beyond this, 50% of the world’s new airports are being constructed in the region and 40,000 km of rail projects are planned or under construction across Asia Pacific. Together, this new infrastructure will open up new markets, create new supply chains and power the region forward.

It is certainly an exciting time ahead for the Asia Pacific region and while we finalise our Q4 data, I will leave you with a few stats as of Q3 2019:

So, what are the takeaways here? Aside from the massive opportunities on offer for both investors and occupiers in Asia Pacific, it is important to first appreciate the fact that this is a large, diverse region comprising well-established and rapidly developing markets. As such, strategies need to be set appropriately. The growth of India and ASEAN markets are likely to appeal to corporate occupiers requiring new outsourcing and manufacturing markets, especially as Chinese markets move up the value chain. These same Chinese cities are likely to hold greater appeal to investors over time, though they would do well not to lose focus on the current heavyweights in the region including Tokyo, Singapore and Sydney.

To see what else to watch in Asia Pacific in 2020, don't forget to check out my article and infographic here.