Private residential prices accelerated in Q1 2021, registering 3.3% qoq in Q1 2021 as compared to 2.1% in Q4 2020. This marks the third consecutive quarterly growth since Q3 2020. The increase in prices was driven by both landed and non-landed segments with non-landed and landed prices growing by 6.7% and 2.5% qoq respectively. Landed prices saw a robust rebound in Q1 2021 as high demand for landed properties and Good Class Bungalows drove prices higher. This attests to the growth of the wealthy population in Singapore and their preference for landed homes which reflects prestige and exclusivity. The non-landed segment grew 2.1% qoq in Q1 2021, fueled by growth in the RCR and OCR segments which grew by 6.1% and 0.9% qoq respectively. CCR bucked the trend and fell slightly by 0.3% qoq.

The fall in CCR prices could be due to Midtown Modern which was launched in the third week of March and achieved good take-up rates, of around 66% in March. The median price for transacted units at Midtown Modern was around $2,723 psf, and this compares to nearby Midtown Bay’s median transacted price $3,123 psf for Q1 2021. The disparity in prices due to their positioning could have dragged down prices in that submarket. The strong growth in RCR prices was driven by well-received new launches such as Normanton Park and The Reef At King’s Dock which sold 730 and 341 units respectively in Q1 2021. RCR new sales transactions reached 1,798 units (or 22% of total sales) in Q1 2021, almost doubling sales in the prior quarter. OCR prices have continued to grow characterised by ongoing demand from HDB upgraders, first time buyers and investors due to their affordability.

Total private residential sales reached 8,188 units in Q1 2021, a 18.2% qoq and 91.8% yoy growth respectively. The surge in volumes is a testament to strong underlying demand for private residential homes but it’s also characterized by the current unique situation where international borders remain largely closed and home buying activities are not distracted by the seasonal factors such as travel during Chinese New Year and the March school holidays.

Amidst strong new sales which reached 3,581 units in Q1 2021, unsold inventory has continued to fall, reaching 21,634 units, the lowest level of unsold inventory since Q4 2017. Notably, the current levels of unsold inventory are below that in Q2 2016 of 23,282 units, when the last enbloc cycle started. As unsold inventories dwindle, enbloc activities should pick up. However, rising prices which will raise owners’ expectations and the rising possibility of new cooling measures being implemented may lead to a gap in expectations between developers and owners, which will limit the number of successful deals.

Private residential rents rose by 2.2% qoq in 1Q 2021. The increase in rents could be driven by higher levels of incoming visitors as Singapore progressively opens up and covid situation remains largely under control. Singapore economy is poised to jump back to pre covid levels by the end of 2021 and business activities are picking up. Changi Airport monthly passengers’ movements have risen to above 100k since November this year. Also given rising private residential prices and ABSD, some homeowners could have offloaded their existing property to avoid ABSD and bought a new launch which is nearing completion. So, in the meantime they have entered the rental market, driving up demand in the rental market. Given current safe management measures and labour constraints, construction and renovation activities have slowed, this would limit available new supply into the rental market. As such, amidst limited supply, rising demand and the evolving COVID-19 situation on other countries, we could see sustained demand for the rental market into 2021. Rents could stabilise by 2022 as more units become available for rent in 2022.

Islandwide vacancy rates reached 11.9%, increasing 1.2 percentage points in Q1 2021. The increase in vacancy rates was mainly driven by downtown core that saw a decline of 312,200 sf in net absorption, as occupiers readjust their spatial requirements and give up space to adapt to the hybrid work approach. As hybrid working persists, companies would continue to adjust office footprint. Financial institutions, the key demand-driving occupiers in central area, are already scaling back their office spaces in the central region. Citigroup is releasing three floors in Asia Square Tower 1, Mizuho is cutting back 16% of its space in Asia Square Tower 2, and DBS is giving up 75,000 sf in Singapore's Marina Bay Financial Centre (MBFC) Tower 3. We estimate that at least 500,000 sf office spaces in central area may be released by banks as secondary or shadow space over the next two years. Hence, downtown core vacancy rates can continue to edge higher, putting pressure on rents over short term.

Despite higher vacancies, landlords have been holding firm on their rents, in anticipation of people returning to the office and further relaxation of safe measurement measures. Indeed, central area office rents rose by 3.3% qoq in Q1 2021, after 3 consecutive quarters of decline. The increase in rents could have been driven by high quality office spaces as flight to quality ensues. Albeit having lower space requirements going forward, firms are considering higher quality offices that will provide a better environment for their employees and incentivize employees to return to the office. As such, the premium for prime quality grade A offices over conventional grade A offices may widen as tenants take up better but smaller spaces.

Rents are expected to bottom out in the second half of 2021, with further resumption of economic activities and rollout of vaccines to keep the pandemic at bay. The long-term outlook for Singapore’s office market is positive, underpinned by strong demand from best performing industries such as technology which are attracted to Singapore’s political stability, pro-business policies and proximity to the Asean region.

Central area, which includes the Central Business District (CBD) and Orchard, experienced a larger qoq decline of -5.8% and -4.8% qoq in retail prices and rents respectively, amid the prolonged impact of border restrictions and higher levels of remote working. Due to their close proximity to residential catchments, fringe area retail fared better, with prices increasing by 1.6% qoq despite rents falling by -1.3% qoq. Accessibility to essential services and amenities, the lack of international leisure travel as well as the government’s efforts by to raise spending power of less well-to-do, such as the Household Support Package, will continue to support the retail market in more suburban locations.

Nevertheless, vacancy rates in Orchard remained stable at 11.6% in Q1 2021. Historically, this remains the highest vacancy rate for the Orchard precinct according to available data since 2011. Nonetheless, the stable vacancy rate affirms that the status of Orchard as an iconic shopping district. In fact, retailers are still taking up space in Orchard despite the dearth of tourists. Love, Bonito opened a 5,600 sf flagship outlet in ION Orchard, whereas Senreve is opening its first Singapore store at Takashimaya Shopping Centre soon. Established e-tailers are taking up physical retail spaces since Q4 2020, seeking to provide additional customer touch points and a holistic omni-channel experience. Physical spaces allow online-born retailers to better connect with their customers which can translate to higher quality personalised customer service and increased sales.

In contrast, vacancy rates in downtown core continued to rise to a record high since Q3 2017 to 11.7%, reflecting the impact of flexible working that has led to lower footfall in CBD. But as Singapore further reopens with more employees return to the office, footfall from workers can help to shore up vacancies in downtown core and the central area on the whole.

Retail spaces continues to be relevant with their destination locality that is ideal to carve out larger-scale experiential components that are difficult to replicate digitally. The Lazada pop-up store at Raffles City, which has taken over formerly Robinson’s space, is an example. A showroom featuring the latest smart home products, this pop-up store allows consumers to touch, test and feel products in person.

Despite current headwinds, the retail market outlook may bottom out towards the end of 2021 as retail sales will be on the track to recovery with increasing social group sizes and capacity limits for malls and stores. The latest retail sales data as of February 2021 shows that retail sales rose 8% ytd, a turnaround from the record -14.4% decline in retail sales last year. In 2021, we still expect a further decline in retail rents due to challenging market conditions, albeit at a lower rate. 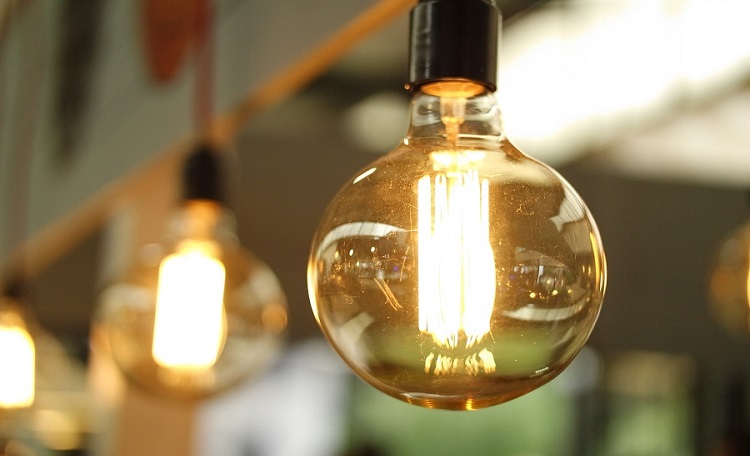 With COVID-19, energy management takes on another level – that of ensuring the air within a building is well circulated and sanitized.
Gareth Michael Powell • 26/03/2021 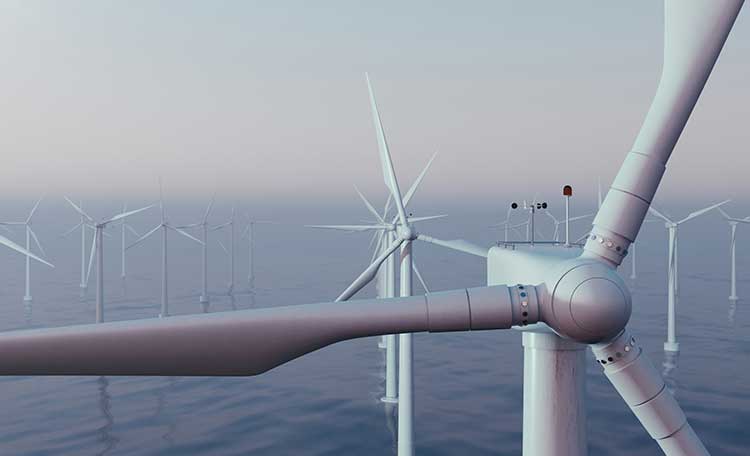 It has become abundantly clear that the impact of climate change is no longer an abstract concept for the future but rather is already upon us, and investors who do not actively consider the climate mitigation strategies of the cities in which they invest, do so at their own peril.
28/10/2019 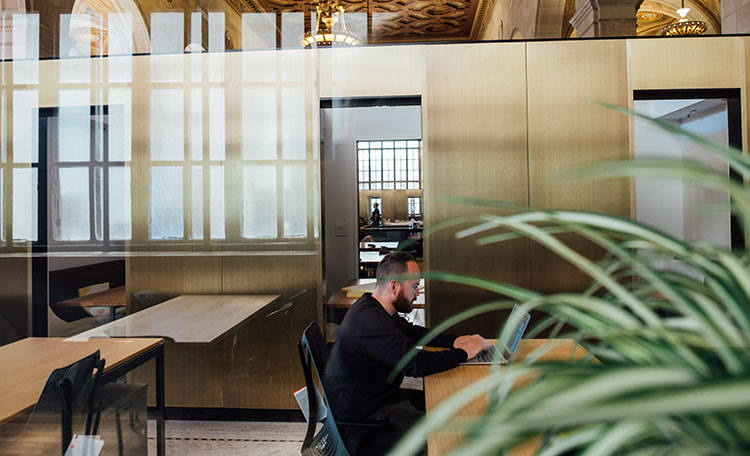 In 2005 Singapore’s Building & Construction Authority (BCA) launched the BCA Green Mark Scheme. An initiative to move the local construction industry towards environmentally-friendly buildings, the BCA has set a target for 80 per cent of all commercial buildings to be certified by 2030.
13/09/2018