The implementation of the higher alert restrictions from 16 May to 13 June 2021 with the cap on two visitors per group including property agents has slowed new project launch activities in June 2021 with no new project launch. Even though show flats were still allowed to open, developers did not rush to place their projects on the market as some potential buyers decided to stay home to reduce infection risks.

Consequently, 2,356 new private homes were launched for sale in 2Q21, 37% lower than the 3,716 units placed on the market in the previous quarter, but still 27% higher than that during the same period a year ago when Circuit Breaker was in place.

Despite the absence of major new launches in May and June 2021, 2,966 new private homes were sold in 2Q21. While new private home sales fell 15% lower q-o-q, it was 73% higher y-o-y. Specifically, new home sales were robust in April, but slowed down in the last two months of the quarter. Nonetheless, despite the slowdown due to higher alert restrictions, 2Q21 new home sales are the highest 2nd quarter sales since 2017.

6,459 new private homes were sold in the first half of 2021, 67% y-o-y higher than that in 1H20, and this is the highest first half sales since 2013. This is a testament to strong pent-up demand for new launches. Barring new cooling measures, total new private home sales could potentially exceed 10,000 units by the end of 2021, the highest since 2013. Total new sales could be higher if not for dwindling unsold inventory and higher alert restrictions which has led to a delay in some launches.

Notably, resale transactions have picked up strongly as well, with 5,333 units sold in 2Q21, taking up 63.1% of total 2Q21 sales. 2Q21 resale volumes are the highest since 3Q09 of 5809 units. Given the significant delay in construction progress of housing projects across Singapore as well as developers holding back new launches, many buyers had to turn into the resale market for more options.

Buying demand is expected to remain healthy in the upcoming quarters, supported by the projected economic recovery and improvement in the labour market, as well as the surge in HDB upgraders.

As unsold inventory has declined significantly and reached a record low since 4Q17 when 20,814 units were unsold, developers are looking to replenish their land banks as indicated by healthy participation rates and bullish bids in the recent Government Land Sales (GLS) tenders. For example, bidding for the Lentor Central site with tender being closed yesterday was highly competitive, drawing 9 bidders and the top bid of $1,204 psf ppr. Also closed yesterday was the tender of the Tampines Street 62 (Parcel A) EC site. Its top bid of $659 psf ppr was a record land price for EC, surpassing the recent high of $603 psf ppr for the Tengah Garden Walk EC site which was sold in May 2021.

Activity in the collective sale markets remain relatively quiet as compared to the active participation for GLS tenders but developers are still keen to acquire residential land from the enbloc market. The recent enbloc sale of Maxwell House (poised to be redeveloped to a commercial residential mixed development) will be a boost to enbloc sentiments. However, transaction volumes are held back partly due to the mismatch in pricing expectations as well as the looming risks of cooling measures and uncertainties surrounding the Covid-19 situation.

The increase in overall prices were led by the non-landed segment. Non-landed properties saw price rising by 1.1%, supported by price growth across three different market segments.

The quarter’s largest driver of prices was in the Outside Central Region (OCR) with prices increasing by 1.9% in 2Q21, steeper than the first quarter’s 1.1% increase. Stronger price growth in OCR was supported by healthy demand for entry-level condos from HDB upgraders on the back of a robust performance in the HDB resale market in recent quarters.

The rest of central region (RCR), or city fringe, experienced the lowest increase in prices of only 0.1%, compared to 6.1% in the previous quarter. This could be due to the significant drop in new sales activities in this market segment during the quarter. There were 1,123 RCR units sold in the primary market in 2Q21, as compared to 1,798 units transacted in the preceding quarter.

During the launch of the MAS's annual report, MAS Chief noted that the property market is not considered overheated at this stage. However, the authority is still watching the property market closely and any prolonged divergence between increase in housing prices relative to income trend would be deemed as unsustainable. Hence, policy risk remains a concern to buyers and developers which could help to keep price growth in check.

Vacancy rates continued to improve from 6.4% in 1Q21 to 6.3% in 2Q21, with net absorption remaining positive at 2,020 units in 2Q21. Given significant delay in housing projects across Singapore due to manpower shortage, some families had to turn into the rental market while waiting for their flats to be ready. Consequently, the rental index for private residential properties grew 2.9% during the quarter, an improvement from the increase of 2.2% in the previous quarter.

Expected economic recovery, fueling business expansion and improvement in the labour market would further support leasing demand while completion supply remains moderate. As a result, rent could continue its rising trend in 2021 and stabilize in 2022 when more units are put on the market for rent.

The rental increment might have been driven by higher grade offices as flight to quality ensues. This is evidenced by the higher rental growth of 4.6% YTD in Central Area (including Downtown Core that has a greater concentration of higher-grade offices) as compared the 3.1% YTD rental growth in Fringe Area. As key occupiers transit into a new normal of hybrid work, many are opting for higher quality office spaces for corporate branding and talent acquisition purposes.

Tech and wealth management firms are also leasing much of the CBD grade A spaces cut back by banks. Capital International expanded to a 58,000 sf of former UBS space in One Raffles Quay North Tower in Q1 2021. Back in H2 2020, Amazon also leased a 90,000 sf of space in Asia Square Tower 1 that was vacated by Citigroup. Blue chip corporations will continue to be drawn to Singapore’s political stability, pro-business policies and strategic geographic location, establishing their headquarters here amid geopolitical developments in Asia.

Office market is expected to recover in H2 2021, driven by an increased business activity amid a successful vaccine roll-out, as Singapore’s GDP is on track to return to pre-Covid-19 levels of 4% to 6%. This also assumes that work-from-home will not remain the default and over half of employees could return to office by end 2021 or early 2022.

Office rents in Central Area is poised to lead market growth, driven by tech and wealth management firms as well as limited short-term new higher-grade supply that could face further construction delays. CapitaSpring and Guoco Midtown, which will both contribute to the bulk of new higher-grade office supply between H2 2021 and 2022, have seen strong pre-commitments and active negotiations respectively.

By the same token, vacancy rates in city areas (Downtown Core and the Rest of Central Area) continued to edge up to 12.0%, a figure that is near to the record-high of 12.4% in Q3 2020. Amidst challenging business conditions, there have been a spate of store closures within the city areas. For example, Muji closed its Marina Square outlet, and Hawker Chan ceased its Funan operations that was its only outlet in Downtown Core.

Orchard vacancy rates also continued to reach an all-time high of 11.8%. This retail market has long been adversely impacted by ongoing border restrictions and the recent dine-in restrictions have dealt an even greater blow to retailers as F&B plays an essential role in boosting destination appeal and draw footfall for any retail locations.

Suburban vacancy rates continued to narrow for a fourth consecutive quarter to 6.4%. This is the lowest vacancy rate in more than five years. The last trough figure was also at 6.4% in Q1 2016. Amid a prolong remote work and consumers’ changing shopping behavior, retailers have expanded in suburban areas that are close to residential catchments.

Many established brands this year could switch from focusing on city-centric retail locations to expand in suburban prime malls. For instance, Five Guys has opened at NEX after launching its first outlet in Plaza Singapura, Swee Choon is opening its first mall outlet in Century Square. New-to-market brands like AtTea, John Jacobs and Eatbox have also chose to launch their first outlet in Tiong Bahru Plaza, Tampines 1 and Tekka Place respectively.

Recovery in the retail market is expected to slow with the current tightened pandemic measures. Retail sales have grown but is still below pre-pandemic levels. The return to P2HA would weigh on business confidence and we could see a few more retailers calling it quits. The details on the upcoming support package will be highly anticipated.

While prime retail rents might slip further, it is unlikely to be drastic, given limited available prime space. Demand still remains strong for prime retail spaces in top tier malls and these spaces continue to be very highly occupied. Once the current situation passes, things should get better. Assuming vaccines remain effective and most of the population gets vaccinated, future tightening of safe management measures should be less severe and infrequent if any at all.

As such, large brand operators and retailers would still be looking for prime spaces in top tier malls to position themselves for the recovery. 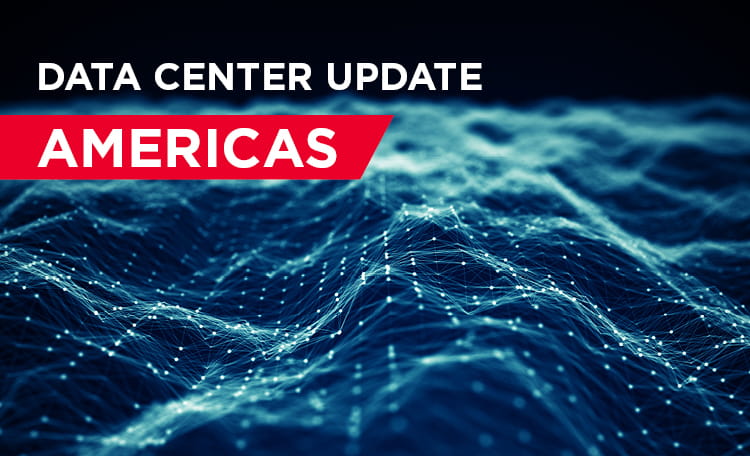 2021 continued with much of what began in 2020; strong absorption in several core markets that was only limited by the extreme lack of supply in key markets such as Northern Virginia and Silicon Valley.
Jacob Albers • 24/03/2022

The recent pandemic has accelerated the move of companies large and small to the major cloud services. They are drawn by the scalability and accessibility of these platforms that are in place to assist with the complexities of a fully distributed workforce.
Andrew Fray • 27/08/2020
Your privacy matters to us
With your permission we and our partners would like to use cookies in order to access and record information and process personal data, such as unique identifiers and standard information sent by a device to ensure our website performs as expected, to develop and improve our products, and for advertising and insight purposes.