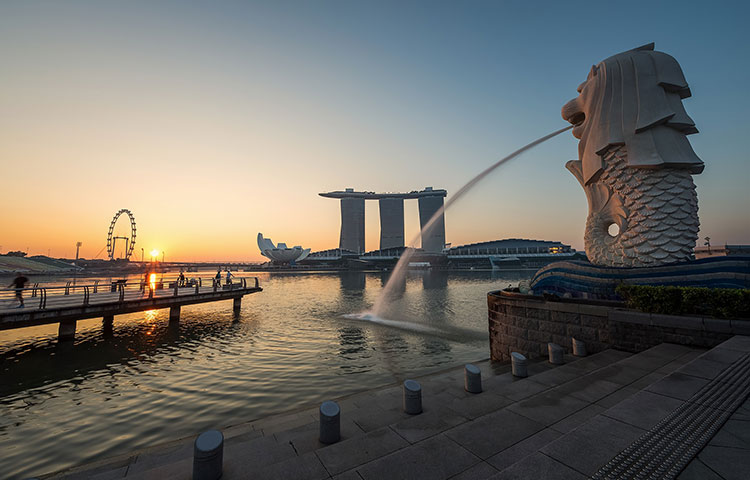 From East to West: How Changi and Jurong Are Reshaping Singapore’s Tourist Landscape

Singapore is sparing no effort to spread tourism offerings across the island.

It seemed like everything was planned to be announced, one after another earlier this year – the opening of Jewel @ Changi, the plans for Orchard Road in the 2019 Draft Master Plan and the announcement of a new integrated tourism development to be set up at Jurong Lake District by 2026. Coincidence or not, it raises the question about the state of tourism in Singapore; are these plans in anticipation of the need to reinvent itself as a tourist destination? The S$9 billion investment in the integrated resorts deliberately focusses on appealing to non-gaming visitors to expand the pool of visitors.

In a similar vein, the Tourism Board is embarking on a re-positioning of Jurong Lake District as part of the government’s overall strategy to “spread out its tourism offerings across different parts of Singapore” when it announced plans earlier in April.

It is timely to re-think Jurong Lake District’s positioning in light of the broader developments including the delay of the HSR.

In Masterplan 2008, it was announced that Jurong will be positioned as a more family oriented entertainment cluster with edutainment and gardens. The opening of the Genting hotel at Jurong was the market’s first response to the Masterplan. Over the years, with the consumer preference constantly changing, the positioning of the new attractions in the Jurong Lake District definitely has to be tweaked to keep pace with the changes as well.

On Orchard Road, other plans are afoot. The 2019 Draft Master Plan proposes to increase plot ratios for the many developments along the main Orchard Road shopping belt to incentivise landlords to push for the rejuvenation of a tired street. This will complement earlier plans announced to revamp Orchard Road with a 2.4 km stretch of new retail concepts, attractions, entertainment and events in each of four sub-precincts.

Orchard Road’s infrastructure is fairly developed, which clips its potential to incorporate fresh elements in infrastructure planning and design. Orchard Road is too built up and it is difficult to combine the various malls into a holistic integrated development. The malls are too small and that tends to attract particular trades including fashion and F&B. There is a possibility that more space can be derived if Orchard Road is fully pedestrianised. With enough shade, a pedestrianised Orchard Road should see better footfall flows between malls and would enable the flexibility to introduce large scale entertainment and attraction concepts. Vivocity has been successful in curating large scale entertainment concepts.

Under the Draft Master Plan 2019, not all sites will benefit from a net increase in their development potential due to the removal of the bonus plot ratio. The increase in plot ratios could mainly benefit developments which are located along the main Orchard stretch of Ngee Ann City, Tang Plaza and Lucky Plaza.

Ageing retail shopping centres along Orchard Road are expected to see some interest from developers given the increase in development potential. This is especially so for the smaller developments which will not benefit as much from the bonus plus plot ratio due to their smaller size.

What’s going for Orchard Road is its continual attraction as a must-see destination for the millions of visitors to Singapore annually. The Orchard Road address continues to be top on the list of flagship store locations for many international brands. These brands, many of whom are new-to-market, continue to pursue a store expansion strategy in Asia that includes Orchard Road as a key location.

The key is to find a win-win between Orchard Road landlords and these retailers.

Broad plans aside, the devil is in the details for these tourist spots. Although the Jurong Lake District site has been ear-marked for attractions, it is important to pay attention to the quality of the experience. We should look beyond physical infrastructure. Ideas such as Googleplex in Silicon Valley, Amazon Spheres in Seattle (ie the corporate HQs of Google and Amazon in the US) could be an alternative and a more sustainable way to attract tourists because Singapore is the Asian Gateway city for these tech giants.

Another option is to actively embrace the future of technology – perhaps to use the space to showcase future technology trends such as drones that can transport people, robots that are highly intelligent. This will also complement the science park in the vicinity.

The retail environment remains in flux and retail landlords are still experimenting with concepts which work best. It’s no longer feasible looking at just adding physical attractions because with easy access to technology, people need a stronger reason to visit the places. We are also competing against regional players; witness the number of theme parks opening across the Causeway and other South East Asian mega playgrounds. The new attractions might have to be bolder and even best in class to be ahead of the game.

Placemaking still holds the key to the success of any retail asset in attracting tourists and visitors even as e-commerce continues to mature in Singapore; however big the mall, or however developers choose to use the space, whether office or hotel, mall owners still have to answer a critical question – how can we create a quality experience at the mall to entice more traffic to the store? And how do we improve the customer experience so that consumers continue to come again? Placemaking may not be as critical in the heartland malls with a ready catchment. These suburban malls thrive on the traditional cookie-cutter staple of established fast fashion brands and F&B operators. There are bigger benefits to curating larger tourism offerings in Orchard Road, Jurong, the Integrated Resorts and the key to this success lies in finding the right balance between state planning and the private sector, with the consumer at top of mind.