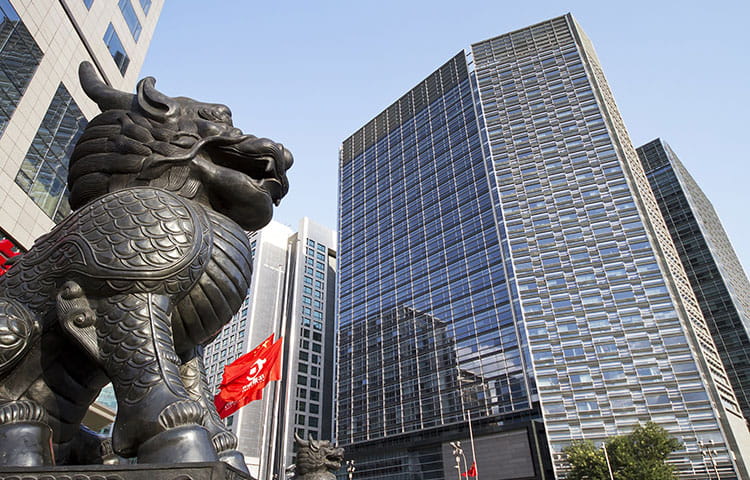 Grade A Office Demand in China: Where it’ll be

Looking to the near future, given policy direction and current and expected macro-economic dynamics, Cushman & Wakefield believes six business sectors will largely drive demand for space in Greater China’s prime office market. These sectors are:

China’s US$42 trillion Financial market is about to be further opened up. Joint venture ownership and business restrictions for overseas banks, securities firms, asset managers and life insurers are set to be eased under guidelines.

As overseas financial institutions have been allowed to gain a greater ownership share of joint venture entities, so capital allocation and wealth management across China could well be transformed. Such developments could fuel the business expansion and corresponding headcount growth that may follow, driving office demand.

Within the TMT sector, the biggest elephant in the room is China’s tech sector. The country’s burgeoning tech sector has seen phenomenal growth over recent years. Going forward, there is still tremendous room for growth for companies successfully operating in this sector. Two key reasons for this growth potential are:

A number of transformational aspects should create positive business growth for the Manufacturing sector in China in the future, and five of these factors include:

The Healthcare sector in China will likely continue to enjoy sustained demand for healthcare services and medicine products as:

Reflecting on this situation, in October 2016, China issued the Healthy China 2030 Planning Outline. Under the plan, by 2030, China aims to:

All these moves should create numerous new business opportunities for the Healthcare sector over the course of the next 12 years.

The Co-working office sector is among the fastest growing sectors in terms of space absorption in the Greater China office market, expanding from a few sizeable venues just a few years ago to 670 locations in the key city markets in the region as of end-Aug 2018.

Moving forward, the Co-working office sector will continue to expand in the region on the back of several solid fundamentals, including:

Generally, over the next couple of years, the Co-working sector in Greater China will likely go through a period of consolidation, causing many small local players to lose out to those with wider regional networks. Moreover, the sector is likely to move into new secondary city markets in the region as operators seek new business opportunities.

Considering that the potential for increased office demand in the Greater China region is important, however, it is also essential to deliberate factors which might have the potential to diminish demand somewhat. One main area that warrants careful consideration is the ongoing dispute over trade between the U.S. and China.

After several years of trade liberalisation and open markets, the recently imposed higher tariffs between the U.S. and China could be viewed as a turning point in world trade.

If further heightened tariffs are implemented, they will produce greater business uncertainty and this uncertainty will eventually find its way to commercial property markets in the form of diminished demand from affected sectors for premium office space in Greater China.

On the flip side, however, if the trade tensions between the U.S. and China cools down, or affected U.S. and Chinese companies find ways to circumvent the impact of higher tariffs, then we may see a back-to-normal business approach adopted by these companies. As business certainty returns, these companies will then once again take a confident approach to their real estate strategy, resulting in more stable and sustained demand for quality office space in Greater China.

The above is an excerpt from the Greater China Top Office Demand Trends report.