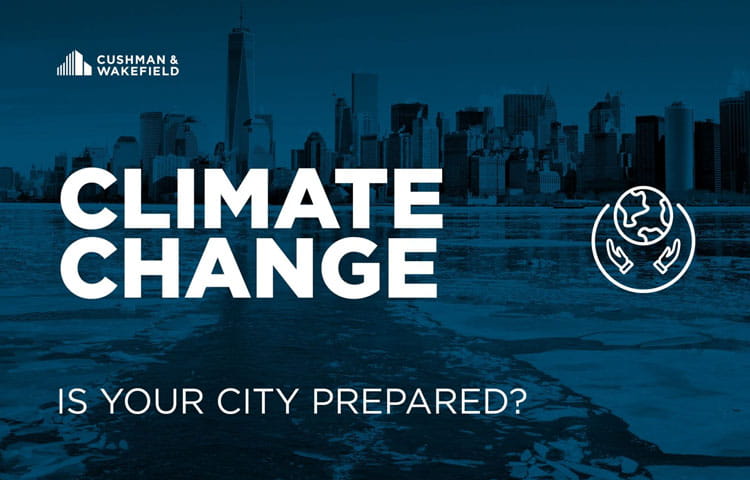 It has become abundantly clear that the impact of climate change is no longer an abstract concept for the future but rather is already upon us, and investors who do not actively consider the climate mitigation strategies of the cities in which they invest, do so at their own peril. As such, investors should examine the physical risk, government access to resources and political will, and threat from migration that their target cities face. Though these factors can be difficult to measure and may not immediately paint a clear picture, they will go a long way in helping investors better understand the relative risks in their portfolios.

Winning cities will have the right combination of resources, political will, and ingenuity, to explore creative solutions to preserve their infrastructure, quality of life, and appeal to investors. In some cases, this will mean having the courage to break with long-established traditions with regard to architecture, urban planning, and governance.

Investors should now start to consider how this should impact their global weightings, and start to act accordingly.

Find out how climate change is impacting the following cities, and what is being done to address it.

After months of speculation, it was announced in August this year by the Indonesian President Joko Widodo that the government plans to relocate its capital city from Jakarta to a new site in East Kalimantan, the Indonesian portion of the island of Borneo. If the Indonesian parliament approves this proposal, this initiative would be the first case of its scale.

Jakarta’s problem is a cocktail of natural disasters and environmental issues caused by intense human activity. The biggest physical risk related to climate change for Jakarta is land subsidence and rising sea levels, which combined with the unregulated draining of aquifers for many years, means that over 40% of the city is below sea level. As Jakarta becomes one of the fastest-sinking cities in the world – up to 2.5 metres in the past ten years, sea water floods the north part of the city frequently. In addition, as the city is built on land that was originally swamp, river overflow often floods the east of the capital.

The 180,000 hectare yet-to-be-built new capital’s exact location has not yet been announced, but as per President Widodo’s televised speech, minimising natural hazards is a priority. This includes physical risks related to climate change and extreme weather, such as rising sea level and flooding, as well as natural disaster threat such as earthquake and volcano eruption. This move would take 10 years and cost over US$30bn, making this an extraordinary example of how far a government will go to combat climate risks.

According to the CRI 2019 report, Singapore has had no deaths and very limited financial loss due to extreme weather in the past 20 years, which places it as one of the least affected countries in the world by extreme weather events. However, this doesn’t mean that the city-state is immune from climate risk. Prime Minister Lee Hsien Loong devoted a large portion of a major policy speech in August 2019 to how the low-lying city should prepare itself for climate change and its impact. He fully acknowledged that Singapore is more vulnerable to climate change than the global model suggests, due to its proximity to the equator. He highlighted rising sea levels as “one grave threat”, especially to its eastern coastline.

As one of the most advanced economies in the world, Singapore has the financial means to implement “a 50- to 100-year solution”. Two potential solutions have so far been highlighted, namely building coastal defences such as polders and dykes along the eastern coastline or reclaiming a series of islands and connecting them with barrages. Both options would result in reclamation of land, which could then be used for new developments such as housing and other uses.

Although such plans are not expected to complete in the current generation, this could lead to the creation of a “Great Eastern Waterfront”, which would be built with rising sea levels in mind and would therefore be well insulated from its risks. In the shorter term, the government has also introduced new policy requiring new developments to be built at least 4 metres above sea level, up from 3 metres previously, with critical infrastructure built even higher, to help future-proof these investments.

Greater Tokyo is a prime example of long and well-established flood disaster prevention and one of the few regions in the world that has taken significant measures to address flooding risk.

Greater Tokyo is located on an alluvial floodplain with half of its population and 75% of gross assets concentrated in the lowlands. Greater Tokyo has invested billions of dollars into flood preparation and developed extraordinary storm water infrastructure over the last few decades. This includes the Kandagawa River Ring Road No.7 Underground Regulation Reservoir, which is designed to store up to 540,000 cubic metres of flood water. Further regulating reservoirs are currently under construction to create a total reservoir capacity of 3.3 million cubic metres in Greater Tokyo. A series of underground tunnels, costing US$2 billion in total, have also been constructed to store and discharge excess rainwater into the Edo River. An artificial wetland, Watarase-yusuichi, is built in the centre of the Kanto plain to act as a detention basin as part of the green infrastructure.

The national and city government has also made great efforts to provide information and educate the Greater Tokyo population to respond to flooding in terms of what to do and where to go. A number of parks in the Greater Tokyo area are designated “disaster prevention parks”, for example, where people who have to be evacuated from their homes can access cooking facilities, emergency toilets, solar powered lighting, etc.

Several decades of rapid urbanisation have proven extremely successful for China from an economic perspective; however, the environmental costs have often been high. Among these, the rapid paving over of many lakes and rivers has led to increased incidence of flooding, including a large-scale flood in Beijing in 2012, killing around 80 people and forcing the evacuation of over 50,000. The Sponge City initiative was launched shortly afterward in 2015, and aims to address this flood risk in future.

The pilot project began with 16 ‘model sponge cities’, later extended to 30 cities, including Shanghai. The goal is for ‘sponge districts’ in these cities to contain 20% of built area with “sponge” functions, meaning that at least 70% of storm water should be captured, reused, or absorbed. This is being implemented through a number of measures, including storage ponds, marshes, green roofs, rain gardens, and permeable surfaces replacing concrete where possible.

While managing storm water and flooding is one obvious benefit, the scheme has a second benefit for citizens – two thirds of Chinese cities regularly suffer from water shortages, and traditional sewage systems mix rainwater with sewage, making it unusable. Through capturing and storing rainwater, it can be treated for use when supplies run low.


The above is an excerpt from the Winning in Growth Cities 2019/2020 report. To read the full report, download it here.