The Louis Vuitton pop-up store strategy has clearly been a success for the global fashion house.

Pop-up stores are taking the retail world across Asia by storm. Providing retailers with the perfect creative space with which to draw in experientially-minded millennials, both challenger brands and international retail giants are getting in on the action. In Japan, the debut collection of Louis Vuitton Men’s new Artistic Director, Virgil Abloh, debuted recently in a pop-up store in Harajuku. Running over just three weeks from 10th January until 31st January, the store took advantage of Tokyo’s bustling pop culture and fashion district to appeal to a trendy, millennial audience.

This is not the first time that Louis Vuitton have opened pop-up stores in Japan. Recent examples of their pop-up promotions have included stores focused on:

The Louis Vuitton pop-up store strategy has clearly been a success for the global fashion house. They have fallen into a rhythm of opening pop-up store several times a year, usually for two to three weeks, before closing them down. 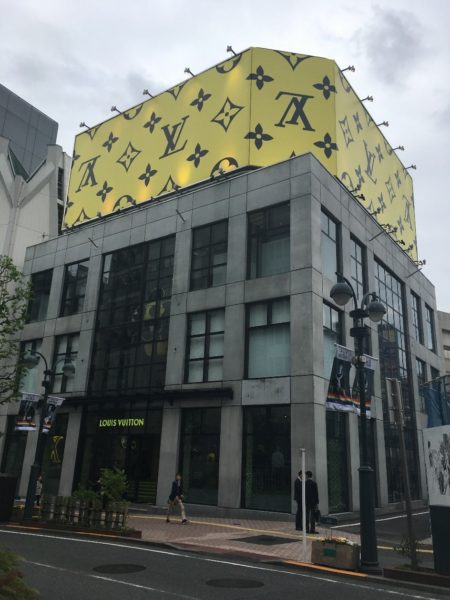 All of them offer pre-sale opportunities for desirable, limited edition merchandise, fuelling millennial desire for unique experiences and product offerings. Pop-ups have also enabled Louis Vuitton to offer unique experiences on a global scale. The Louis Vuitton x Supreme Collaboration pop-up store was concurrently opened at eight locations around the world including Tokyo and Seoul on June 30, 2017. For the Tokyo store a commercial building offering 440 square meters (sqm) over three floors which just happened to be vacant in Minami Aoyama was selected for the pop-up. Although the location was not announced until just before the opening date, 7,500 people has lined-up for the first day. Louis Vuitton held a raffle for the right to enter the store to shop. It remains to this day the longest line ever in the Japanese fashion world. 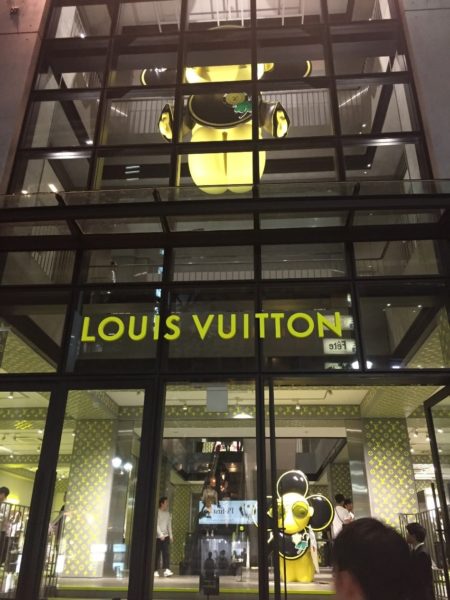 But pop-ups also come with their fair share of challenges. Since those pop-up stores are repeatedly opened, it is necessary for the brand to create stores which deliver a bigger and bigger impact each and every time. Louis Vuitton men’s Fall/Winter 2018 PreCollection pop-up store opened in April 2018 during the Golden Week across a 1,800 sqm former GAP store which closed after 20 years of business in Shibuya. The most recent Men’s Spring/Summer 2019 Collection was held in a 1,300 sqm space across two floors in a newly built, glass-walled building. The building, which was built for purpose of providing a “Next Generation Showcase of Japan Culture” ahead of the 2020 Olympics, provided a vacant site right in front of Harajuku Station.

Both stores were operated for two to three weeks only, but nevertheless were built with a high-quality finished fit-out true to the luxury brand’s name. It is almost regrettable that they had to be demolished right after the final operation date. 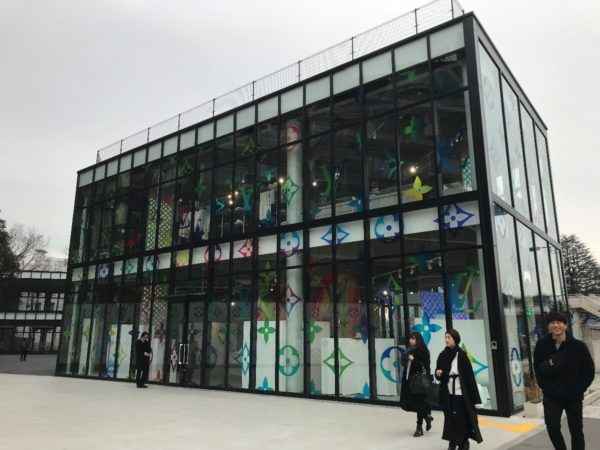 As another tool to keep consumers engaged by pop-up stores, the structure of the shop floor has evolved. They offer a limited-edition collection area, floor space for retail, and another floor devoted to millennials featuring digital installation tools and attention-grabbing digital art. Millennial consumers value Instagrammable experiences they can share, which is essential for retailers to understand and design their spaces around. 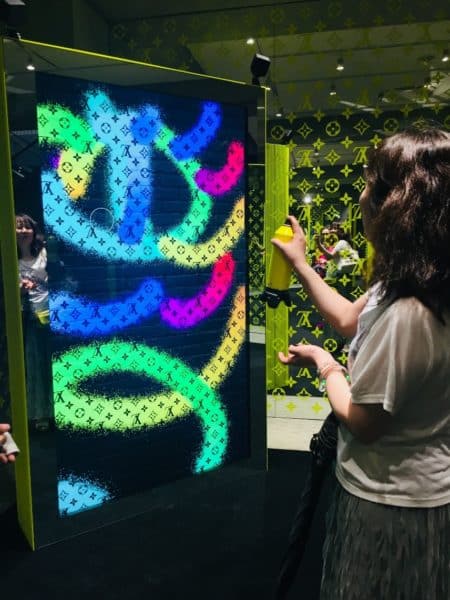 Luxury brands will increasingly focus on millennials and those seeking experiences, while at the same time protect their brand heritage and staying on top in an ever-changing fashion industry. Pop up stores offer brands an unbeatable opportunity to engage with this very audience, while giving them the creative freedom to define their identity within the retail landscape.