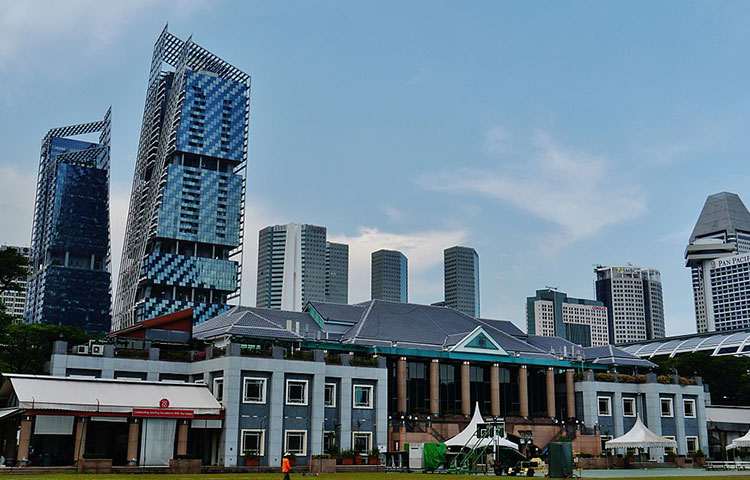 A slew of exciting upcoming projects ranging from mixed-use development, commercial, residential to hotel will rapidly transform the Beach Road/Ophir Rochor Corridor in the years ahead, stealing the limelight from Marina Bay and Tanjong Pagar areas’ array of skyscrapers and iconic landmarks in recent years.

The area, encompassing properties along the stretch of Beach Road, Rochor Road and Ophir Road, is fast becoming a new hotspot for work-live-play, as the timely face-lift has helped to transform the once-sleepy area into a rare gem for the younger generation who is experience-focused and fun-oriented.
South Beach kick-started the rejuvenation of the area after its long-awaited completion in 2015, breathing new life into the vicinity. Across the road, Suntec City also concluded its three-year makeover of its retail mall and convention centre during the same year, repositioning itself as a premier lifestyle destination.

The latest addition, completed in 2016, is DUO, a mixed-use development with office, retail, hotel, and residential components. The project was developed by M+S, a 60:40 joint venture between Khazanah Nasional Berhad and Temasek Holdings, the sovereign wealth funds of Malaysia and Singapore respectively.

In fact, over a short span of just two years, Beach Road/Ophir Rochor Corridor’s total office stock has seen a 13 per cent increase from 8.5 million square feet (sq ft) to 9.6 million sq ft. The injection of South Beach and DUO has complemented the existing commercial offerings which include The Gateway, The Concourse, Parkview Square and Bugis Junction.

Beach Road/Ophir-Rochor Corridor offers a plethora of choices for office occupiers. Office tenants value the area for its central location, strong transport connectivity, and abundance of amenities. It is also a short distance away from the core Central Business District (CBD) such as Raffles Place and Marina Bay.
The completion of DUO Tower was the game changer. It led to the arrival of major multinational companies despite it being located at the edge of the CBD. For instance, global healthcare company Abbott seized the opportunity to consolidate its operations from multiple locations across the island, becoming building’s first anchor tenant by leasing 100,000 sq ft of space. Shortly after, both Mastercard and Sumitomo Chemicals embarked on a flight-to-quality strategy and relocated their offices from The Gateway, leasing a sizable 74,000 sq ft and 30,000 sq ft respectively. Subsequently, Chevron also saw the merits of the submarket and climbed on the bandwagon, relocating from Chevron House in Raffles Place and committing to 72,000 sq ft in DUO Tower.

Office rents in the area, previously hovering around $7 to $9 per sq ft per month, received a boost from DUO Tower, with the project currently achieving gross effective rents of around $12 per square foot (psf) per month. This is close to what the premium office buildings in Marina Bay and Raffles Place can fetch, demonstrating the ability of brand new offices in the area to command premium rental rates. Demand for the prime office space in the project remains robust with the project’s occupancy rate in excess of 97%.

Other office developments will soon spring up. GuocoLand and Guoco Group clinched the tender for the Beach Road land parcel at $1.62 billion or $1,706 per sq ft per plot ratio (psf ppr) at a 2017 state tender, a new benchmark for the area.

GuocoLand and Guoco Group intend to make Guoco Midtown the new landmark of Beach Road/Ophir Rochor Corridor. Apart from connecting City Hall/Marina Centre and Bugis, the integrated development with a major office component of 650,000 sq ft, will be served by major roads in the city centre and the Nicoll Highway, as well as the North-South Highway in the future.

Judging from the stellar performance of the adjacent South Beach and DUO Tower, coupled with limited supply over the next three years in the vicinity, Guoco Midtown will be well-received upon its completion in 2022.

Its next door neighbour, Shaw Tower, has also seized the opportunity to jump on the bandwagon and announced its intention to redevelop the ageing building in 2020. The new project, which will expand the office space in the development from 260,000 sq ft to 400,000 sq ft, is slated for completion in 2023.

Apart from office, residential developments in the vicinity have also gathered steam, which could in time lend support to the maturity of the precinct.

Upcoming pipeline projects include Midtown Suite, sites at Middle Road and Tan Quee Lan Street. Midtown Suites, the residential component of Guoco Midtown comprising of at least 200 units, is slated to complete in 2022. Two other sites located in Middle Road and Tan Quee Lan Street totaling 955 homes, have also been offered by the Urban Redevelopment Authority under the confirmed list.
Coming up next is Kampong Bugis, the site of the former Kallang Gasworks plant, borders the prime waterfront along the Kallang Basin. The government plans to tender the entire precinct out to a master developer, who will be tasked with transforming the precinct into a car-lite waterfront community with 4,000 homes by 2030.

As such, the future residential catchment in the area is set to enlarge significantly. This bodes well for retail sector, potentially extending shopping to a seven-day trading week compared to the core CBD, where retail trading is only five days. In addition, the 342-room Andaz Singapore hotel will provide a constant stream of business travelers which will further boost the retail and nightlife scene in the area.
Investor demand for assets in the vicinity has been on the rise, particularly from institutional investors who see a bright future due to the increasing vibrancy in the area. The early entrants include Lian Beng and Apricot Capital, which acquired Wilkie Edge for $280 million or $1,812 psf in 2017. The sale price represented a 39.3% premium over valuation.

Subsequently, ARA Asset Management and Chelsfield teamed up to purchase Manulife Centre at a price of $555.5 million or $2,300 per sq ft at the end of 2018. This would likely translate into a net yield of 3 per cent or less, a testament to the positive investor sentiment towards the area.

Other landlords are also exploring the possibility of unlocking capital gains, with Keppel REIT stating it was open to the sale of Bugis Junction Towers if a compelling offer was received. Most recently, M+S also placed DUO on the market, with an asking price of $1.6 billion for DUO Tower & DUO Galleria. It was reported that multiple parties were interested in the asset, and that RB Capital is conducting exclusive due diligence for the purchase of Andaz Singapore hotel for around $470-480 million.

As Beach Road/Ophir Rochor Corridor matures into a full-fledged work-live-play commercial and lifestyle hub over the next decade or so, investors are eager to grasp the window of opportunity before asset prices in the area rise further. A streak of robust transactions is thus expected in the precinct over the next few years, with prices possibly surprising on the upside.

Occupiers are also increasingly attracted by what the area has to offer in terms of new lifestyle and entertainment options, ease of access and its close proximity to amenities. As there will likely be no new CBD supply post-2023 due to the government shifting its focus to decentralisation initiatives over the next decade, the next wave of supply between 2022 and 2023 in the precinct could be the last chance for occupiers to secure premium office spaces in the CBD.

The story above originally appeared on The Business Times on 21 March 2019.