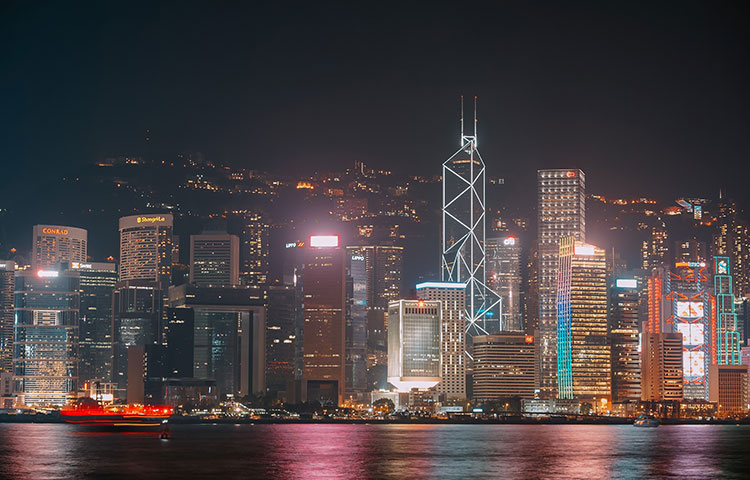 Over the past couple of years, the growth in Hong Kong residential home prices has shown no signs of abating despite several rounds of tightening measures implemented by the government. Strong homeowner demand and a low interest rate environment have fueled an escalation of housing prices for 28 consecutive months from March 2016, according to the July 2018 data released by the Rating and Valuation Department.

Yet, a mixture of domestic pressures and international developments appear to be threatening Hong Kong’s high-flying residential market. In Cushman & Wakefield’s Hong Kong Residential Market: Gathering Storm Clouds? report, we examine the potential impact of rising interest rates, growing trade tensions and the announcement by the government of a new tax on vacant units in the primary sales market.

An extended period of ultra-low interest rates, coupled with relatively low housing supply, has caused housing prices in Hong Kong to soar over the past decade. Despite seven 25 bps hikes in the Hong Kong base rate (following the U.S. fed funds rate adjustment, due to the local currency peg to the U.S. dollar) since late 2015, mortgage rates have remained steady due to adequate bank liquidity. At the same time, the market added an average of only 11,658 private housing units per annum over the period, well below the 10-year average of 26,900 during the 1990s and 19,900 during the 2000s. Supported by these drivers, overall housing prices in the city have increased 165% over the past decade according to Cushman & Wakefield’s residential price index.

But now the period of low mortgage rates appears to be coming to an end. As of August 2018, some 15 banks, which together account for 86% of the mortgage market in Hong Kong, have announced mortgage rate hikes of 10bps, marking the first increase in more than 10 years. This increase in the best-lending rate has resulted in an effective mortgage rate of 2.25% based on prime-linked rates.

The trend of rising mortgage rates is likely to continue. Following news of solid U.S. economic results in the Federal Open Market Committee (FOMC) in August 2018, two more interest rate hikes are expected in 2019. Given that the short-term Hong Kong Interbank Offered Rate (HIBOR) have jumped yet prime rates have remained unchanged, further increases in interest rates will likely force prime rates to follow, resulting in higher borrowing cost in the near future.

While borrowing costs are set to rise, Cushman & Wakefield expects overall housing prices to remain stable over the near term. From an affordability perspective and assuming a 50bps mortgage rate hike by year end, we can see the impact this has on a potential property purchaser under three scenarios (Table 1). In the scenarios, monthly mortgage payments increased in the range of approximately HKD800 to HKD1,500 (depending on the property price), with the affordability ratio increasing by 3% on average, thereby making the cost of servicing a mortgage more expensive. 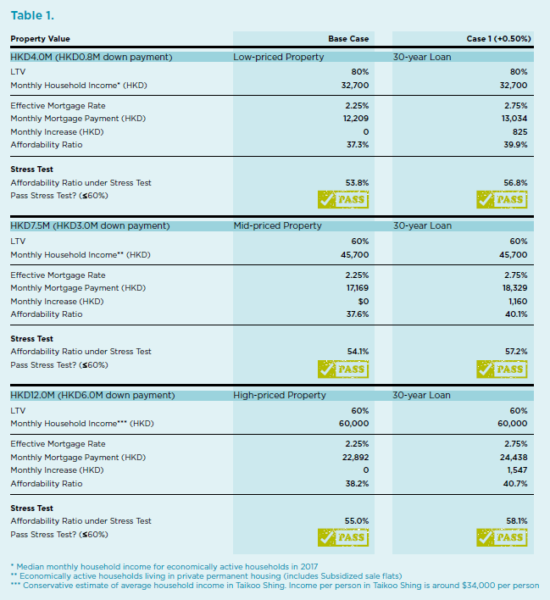 Based on all three scenarios, property buyers were able to pass the stress test requirement. Moreover, under a near full employment environment in Hong Kong, a minor uptick in mortgage payments should have a relatively minor effect on housing prices.

In the event rates continue to rise over the medium term, however, housing prices will come under increased pressure. Assuming a 100bps mortgage rate hike by the end of 2019, monthly mortgage payments may increase by between HKD1,600 and HKD3,100, which would push affordability ratios up by around 6% on average.

The above is an excerpt from the Hong Kong Residential Market: Gathering Storm Clouds? Report. To read the full insight and analysis, download the report here.