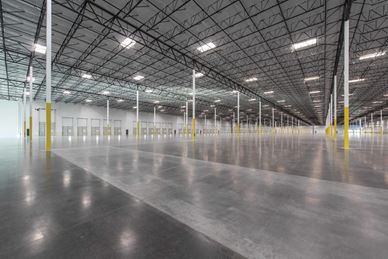 Westcore purchased the property when construction completed in August 2019 and subsequently built out a spec suite while marketing the property late last year.

“ABB chose our West80 Industrial Building as its West Coast Distribution Center in Phoenix to support the western region because the location and state-of-the-art features of this property met all of their needs,” said Lauren Suazo, Vice President, Leasing for Westcore.

Those features include an ESFR sprinkler system, 36-foot clear height, cross-dock loading, and a fully secured property with drive around capabilities. West80 is proximate to Phoenix’s main east-west transportation node, Interstate 10, as well as the recently completed Loop 202.

“Our firm expects to create up to 100 positions at our new distribution center in Phoenix,” said Ken Shotts, Head of U.S. Distribution for the ABB Installation Products business. “We look forward to becoming a part of the Phoenix community and increasing our distribution efficiency of marquee products needed in the electrification ecosystem.”

Westcore is a fully integrated commercial real estate investment company with institutional scale and capabilities that operates with speed, agility and adaptability. Since its founding in 2000, Westcore and its affiliates have acquired and managed more than $6 billion in industrial and office assets, comprised of more than 1200 buildings and totaling over 50 million square feet. In addition to its U.S. headquarters in San Diego, Westcore has regional offices in Los Angeles and Oakland, as well as satellite offices in London, England; Berlin, Germany; and Vienna, Austria.