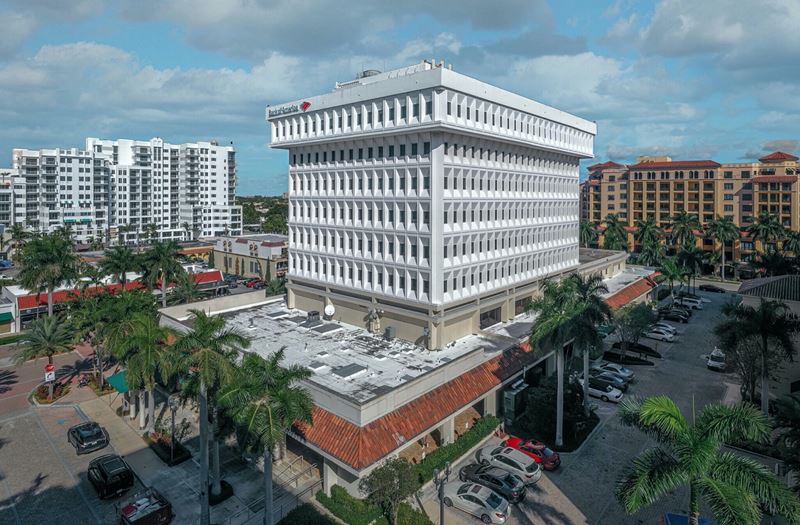 Bank of America Tower is an eight-story Class A office building developed in 1969 on a ±1.6-acre site at 150 East Palmetto Park Road in downtown Boca Raton. The building was renovated in 1997 and again in 2013, when common areas, elevators and bathrooms were all updated. Then ENERGY STAR®-rated asset features panoramic ocean and city views, free covered parking, an impressive lobby and high-end finishes. Notable tenants in the building include Bank of America, Waypoint Residential, Charles Schwab and Zen Offices.

The property is conveniently located just steps from numerous dining and retail options and offers excellent accessibility via US Highway 1, Mizner Boulevard and Interstate 95.

Black Creek Group plans improvements to Bank of America Tower including renovations to the main building lobby, vacant office suites, upper-level corridors, elevator lobbies, and restrooms. Additionally, a new roof will be installed on the second-floor of the tiered building, the chiller will be replaced, elevators will be modernized, and the security and access control system will be expanded and upgraded. Renovations are expected to begin in 2020 and to be completed by 2021.

“Bank of America Tower is one of the most desirable office destinations in Boca Raton, offering tenants a true Class A experience in the heart of downtown at an incredible value,” said Criddle.

“Black Creek Group’s renovations will further enhance interest in the building and establish Bank of America Tower as a premier office destination for years to come,” added Freitas.