Cushman & Wakefield announced today that the real estate services firm has been engaged by the Town of Addison to solicit proposals for a master developer for an estimated 18-acre high-density, transit-oriented development opportunity within the nationally acclaimed Addison Circle urban district. 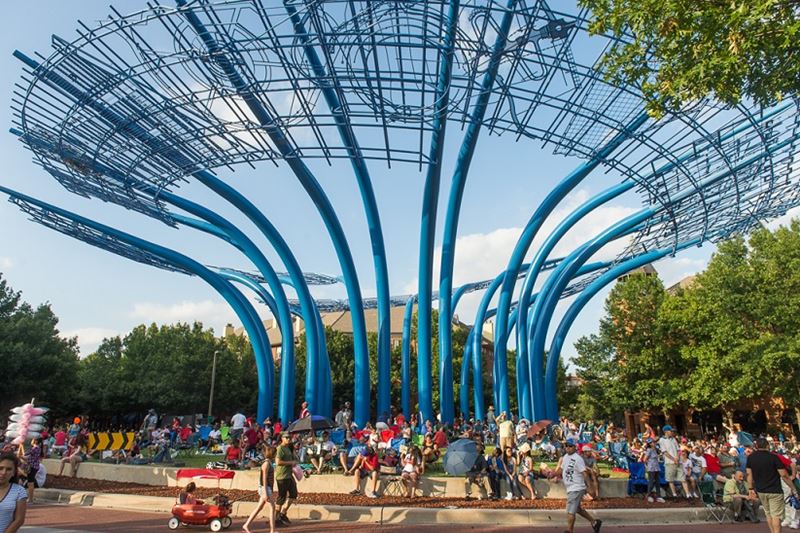 Cushman & Wakefield’s engagement is the next step in the Town’s efforts to maximize the benefits of the Dallas Area Rapid Transit (DART) Silver Line/Cotton Belt Corridor by creating a walkable, transit-oriented, mixed-use development adjacent to the future rail station in Addison, Texas, which could rival the development value of North Texas’ premiere regional destinations.

Chris Harden, Maureen Kelly Cooper, Ryan Duffie, and Michael Thomas of Cushman & Wakefield’s Dallas office will lead marketing efforts and provide brokerage and advisory services on behalf of the Town of Addison. The team was chosen based on their notable experience representing public agencies locally and throughout Texas, including recently representing DART on the 11-acre Mockingbird Station East mixed-use, transit-oriented development and CapMetro in Austin on the Plaza Saltillo mixed-use, transit-oriented development Both projects are currently underway and represent nearly a billion dollars of development value around the rail stations. The Addison and Cushman & Wakefield team will collaborate with DART on the station-area build-out to effectuate similar type density within a walkable, mixed-use environment.

“We’re pleased to have been selected by Addison to find a highly-qualified, forward-thinking mixed-use master developer who can build out the site to its full potential,” said Harden. “The unparalleled central location, access to transit, major employment, and proximity to high-traffic areas like Belt Line Road, a nationally-known hotspot for restaurants, and the exceptional quality of life the Town of Addison affords make this a prime investment opportunity.”

Addison is an affluent suburb located nearly equidistant from Dallas and Frisco with direct access to the Dallas North Tollway with its own executive airport. The future development’s location sits just south of Addison Circle, an award-winning development and one of original mixed-use developments in the country that set the standard for the “New Urbanism” movement – a planning and development concept that centers on walkability, access to residential and retail properties, and public spaces. When finished, the new development will be connected to a broader, 300-acre walkable urban district.

“This future development will become an extension of Addison Circle and solidify its presence as a major regional destination, based not only on location, but in its design in that it will prioritize the experience of the people living, working, and visiting the community,” said Kelly Cooper. “We’re looking forward to working with Addison’s leadership and the development community to bring the Town’s vision to life and building on the legacy of the highly successful Addison Circle development.”

The future Silver Line Rail Station in Addison will be part of the 26-mile Cotton Belt Corridor that extends between Dallas/Fort Worth International Airport and CityLine / Downtown Plano, providing access to major employment and attractions in the area. Addison envisions the new development at the future rail station will be an architecturally significant, world-class, regional destination consisting of high-density residential, creative and corporate office, boutique hotels, a grocery store, restaurants, and service-oriented retail within a well-designed, walkable framework. The new development will be a catalyst to a much larger vision for the area. The transit station is expected to be completed and operational by the end 2022 or the first quarter of 2023, with ground-breaking for the future development occurring within the same timeline.

“We look forward to working with the Cushman & Wakefield team on this significant Addison transit-oriented endeavor,” said Addison Mayor Joe Chow. “We believe that their experience working on similar projects will help us find the right developer for this high-profile project that straddles two vital Addison landmarks: the Addison Circle District and DART’s Silver Line."