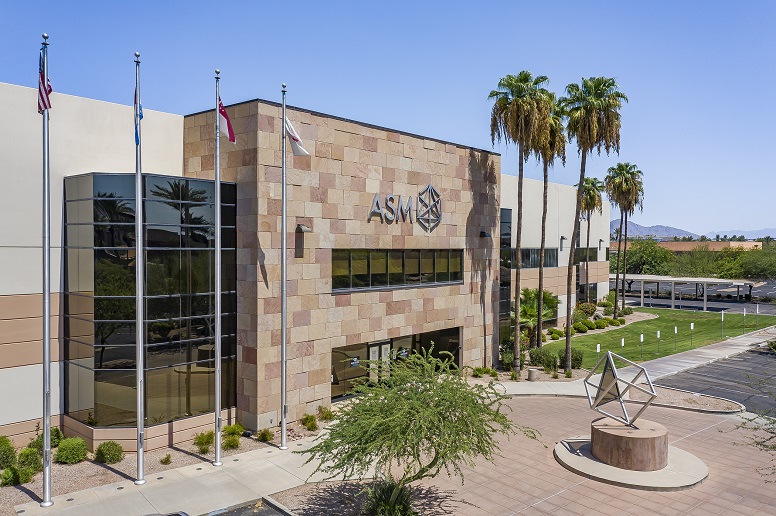 The mission-critical, single-tenant facility located at 3440 East University Dr. has served for decades as the North American headquarters and global training facility for the tenant, a leading supplier of semiconductor process equipment for wafer processing. The buyer was Los Angeles-based Mapleton Investments, which acquired the property for $27 million, or roughly $207 per square foot.

The investment sales team of Chris Toci and Chad Littell of Cushman and Wakefield’s Phoenix office handled the transaction.

Artis had originally acquired the facility in June 2013 for an undisclosed price. The same dynamic that attracted Artis to this investment opportunity—highly specialized improvements that included clean room space and extensive air and water filtration systems for the tenant’s use as one of the world’s leading designers, builders, sellers, and servicers of semiconductor wafer processing equipment —drew Mapleton Investments to the asset.

“We are honored to have played a part in the growth that the tenant has enjoyed in this facility,” said Philip Martens, Executive Vice President—U.S. Region, Artis. “We originally purchased the asset for its durable and stable cash flow and recently renewed the tenant for the long term and are pleased to be handing the reins to Mapleton Investments as they continue stewardship of the asset,” said Martens.

“As a privately-held family firm investing across multiple asset classes in the Western States (California, Washington, Oregon, and Nevada), we are thrilled to plant a flag firmly in the heart of Metropolitan Phoenix, Arizona,” said James Durand, Senior Vice President of Acquisitions of Mapleton Investments. “As we toured the facility, it was clear the improvements and extreme pride of ownership in this facility,” added Durand.

“It was an absolute pleasure working with consummate professionals on both sides of the transaction,” commented Chris Toci, Executive Managing Director, investment sales, Cushman & Wakefield. “For this transaction to occur, it took the collective efforts of a very talented team, led by my partner, Chad Littell, and Marketing Coordinator, Taylor Shaw working ‘hand-in-glove’ with the Artis and Mapleton Teams,” said Toci.

“We are excited to complete our first commercial transaction in Phoenix and believe highly in the market fundamentals. With real estate holdings currently dispersed throughout California, Washington, Oregon, and Nevada, it is truly satisfying to plant a flag in Arizona,” said Adam Nathanson.