The decline in effective rents in the Sydney and Melbourne office market has begun to slow, with incentives showing further signs of tapering following sharp increases in 2020, according to Cushman & Wakefield’s Q2 Office MarketBeat.

During the quarter, the average prime gross effective rents in the Sydney CBD fell to $890 sqm, equating to a 9.7% decline year-on-year. Average incentives edged up 1% to reach an average of 34% across all grades, supporting elevated leasing activity with the Cushman & Wakefield leasing team recording 254 briefs for public space over the year to May, totalling 196,276 sqm, and up 102% year-on-year. Incentives in Sydney’s key metro office markets also drifted higher to 30% from the high 20’s in late 2020, with gross effective rents holding up relative to the CBD, experiencing a 5% year-on-year decrease.

In Melbourne’s CBD, prime net effective rents have declined only marginally in Q2, falling to $382 sqm, which brings the year-on-year decrease to 11.6%. Average net incentives also continued to move upward from 39% to 41%, the slowest growth rate since 2019.

A continued upward movement in incentives in Melbourne’s metro markets has also placed downward pressure on net effective rents. The research revealed that Southbank recorded a 9.3% year-on-year decrease to $362 sqm and St Kilda Road dropped 14% over the same period to $284 sqm.

After a significant decline in prime gross effective rents in Q1, the Brisbane CBD office market appears to have stabilised, remaining at an average of $445over the quarter but are 5.4% lower than a year ago. Gross incentives remain unchanged at 41%.

Cushman & Wakefield’s Head of Research, Australia and New Zealand, John Sears, said: “We saw incentives in Sydney and Melbourne CBD office markets shoot up in 2020, but that’s starting to settle. While the pandemic is currently causing a temporary disruption in the gradual return of workers to the CBD, we continue to see healthy levels of leasing activity across the Eastern seaboard CBD and metro markets.”

“While tenants continue to assess their future space needs amid the pandemic and shift to hybrid working, the economic recovery continues to gain momentum, supporting a number of key office tenant demand indicators. We are seeing record business conditions, falling unemployment and rising investment intentions. Should this cyclical upswing continue, we expect to see an overall increase in office demand in 2021.” 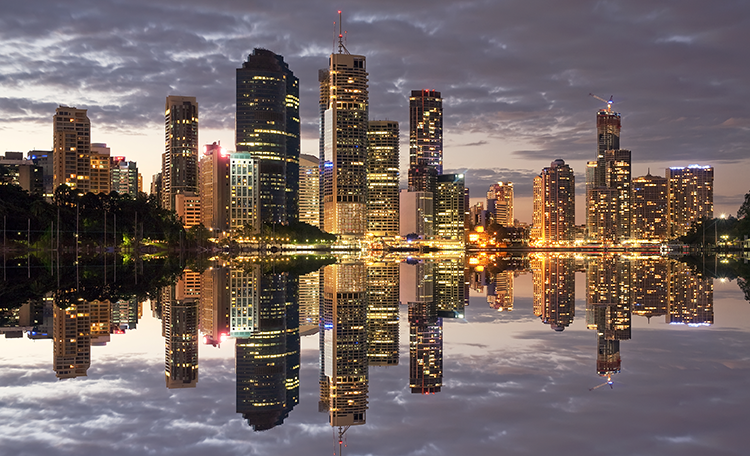 Cushman & Wakefield research also shows that numbers in the CBDs on the Eastern seaboard (based on transport and pedestrian count data), have increased significantly since April 2020 as the economy reopened. Canberra is the most advanced with usage reaching around 85% of pre-COVID-19 levels by April 2021, while Sydney, Melbourne and Brisbane CBD numbers had recovered to between 50% and 60% of the 2019 average by that time.

“Usage did dip in April due to the Easter break and a three-day lockdown in Brisbane, and the current Sydney restrictions will certainly have an impact, but otherwise there is a clear trend towards people returning to the CBD.” Mr Sears added.