Only at the starting point

The increased number of inbound tourists has triggered a discussion on airport capacities and facilities upgrades across Japan. The benefits of airport privatization are major: improvement of airport management capabilities, greater transparency of airport usage fees, promotion of LCC entry, strengthening of airport infrastructures, and more overseas gateways, to name a few.

Local airport concession agreements commenced in 2016, with improvements seen in the first batch. Kansai International Airport and Itami Airport were privatized in April 2016. Their number of passengers grew by 19.6% (+4.71million) and 7.8% (+1.14 million) respectively by 2019 compared to 2015. The number of landings was also boosted by 16.0% (around+27,000) at Kansai and decreased by 0.3% (around-3,000) at Itami. The improvements have mainly been due to repositioning. Kansai Airport has focused on expanding its international flights while Itami consolidated in domestic flights.

Despite a typhoon that impacted Kansai International Airport in 2018, it grew both in sales and profits, registering strong performance after privatization. Investment in the three airports is expected to be at 135 billion yen over the next five years from 2019. In addition to this, the capacity expansion of Kansai International Airport Terminal 1 preparing for the Osaka Expo, and large-scale renovation are in the pipeline.

After the concession agreements of Osaka airports, airports in Sendai, Takamatsu, Kobe, Shimojishima, Shizuoka, Nanki Shirahama, and Fukuoka are subsequently to be privatized. However, this process is only at the starting point. In the first half of 2020, seven airports in Hokkaido and Kumamoto Airport are handed over to private operators. Hiroshima Airport is also in an operator selection stage and is expected to privatize in July 2021. 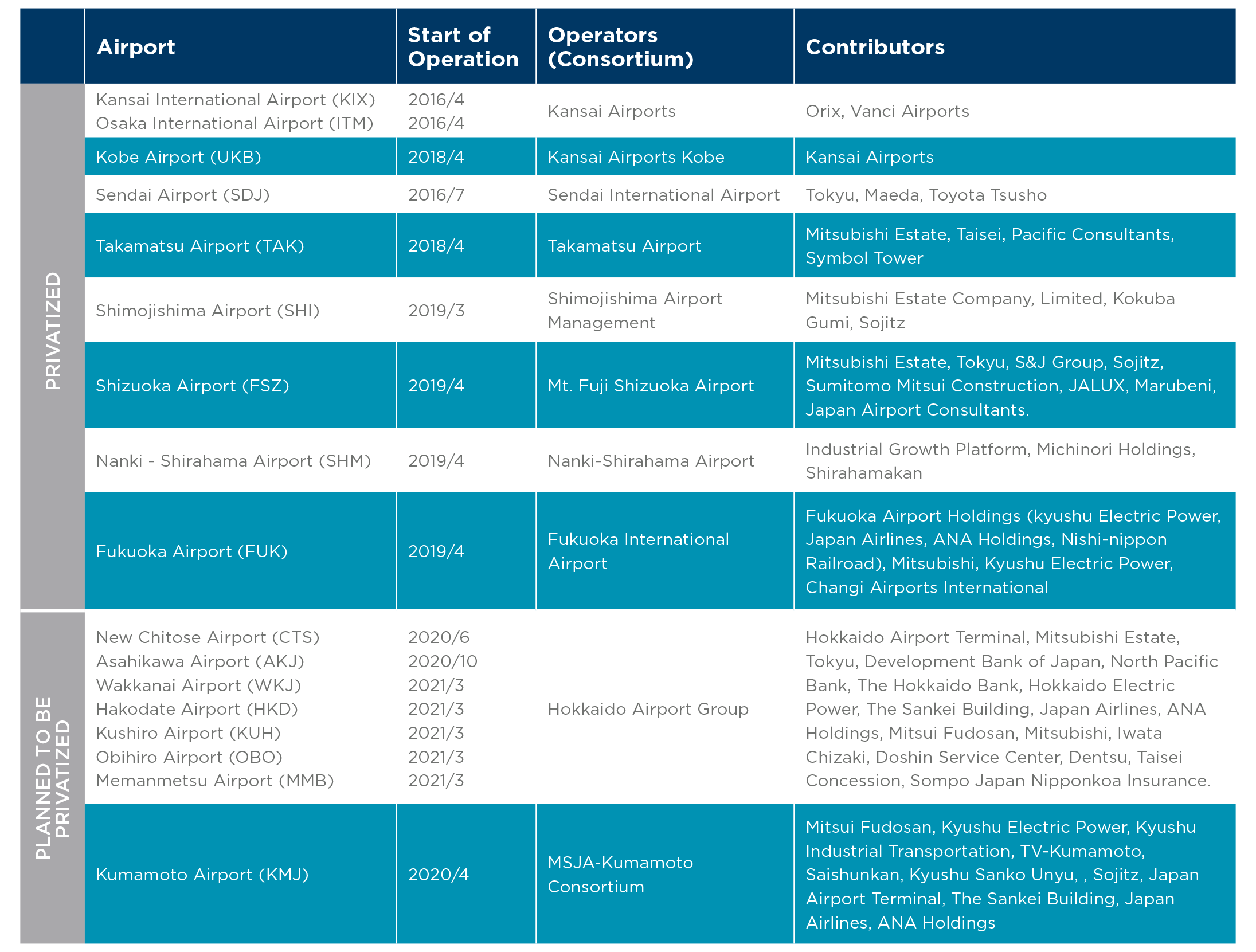 Unleashing the potential of Hokkaido

The concession agreement plans for Hokkaido airports is slightly different from other schemes as it includes at least seven airports on the island: Shin-Chitose, Hakodate, Kushiro, Asahikawa, Obihiro, Memanbetsu and Wakkanai. The idea behind this simultaneous privatization is to minimize the risks of competition between the seven airports, and to enhance collaboration. Hokkaido has also published a policy to promote the Grand Hokkaido Airport (“Dai Hokkaido Airport”) concept by linking all 13 airports in Hokkaido through the privatization plan.

The period of privatized operation is planned to be 30 years, with an extension of up to five years in the case of impact from natural disasters. In addition, if even one of the seven airports cease operations, the contract can be canceled. Hokkaido Airport Group, formed by Hokkaido Airport Terminal and 17 other companies, presented a 292-billion-yen investment plan and obtained the right to negotiate. They planned to further improve the profitability of New Chitose Airport and re-invest in the other six airports. The total investment for 30 years is planned to be about 430 billion yen.

The goal of for 30 years is an increase in the total number of passengers in all seven airports by 17.38 million, and an increase in international flights by 60 routes and domestic flights by 22 flights. Mobility as a Service (MaaS) solutions are planned to be introduced in all airports.

Seeing the success of previous concession agreements, the privatization of Hokkaido’s seven airports is hoped to effectively increase the usage of the airports, bring more visitors to local regions, and revitalize local tourism. 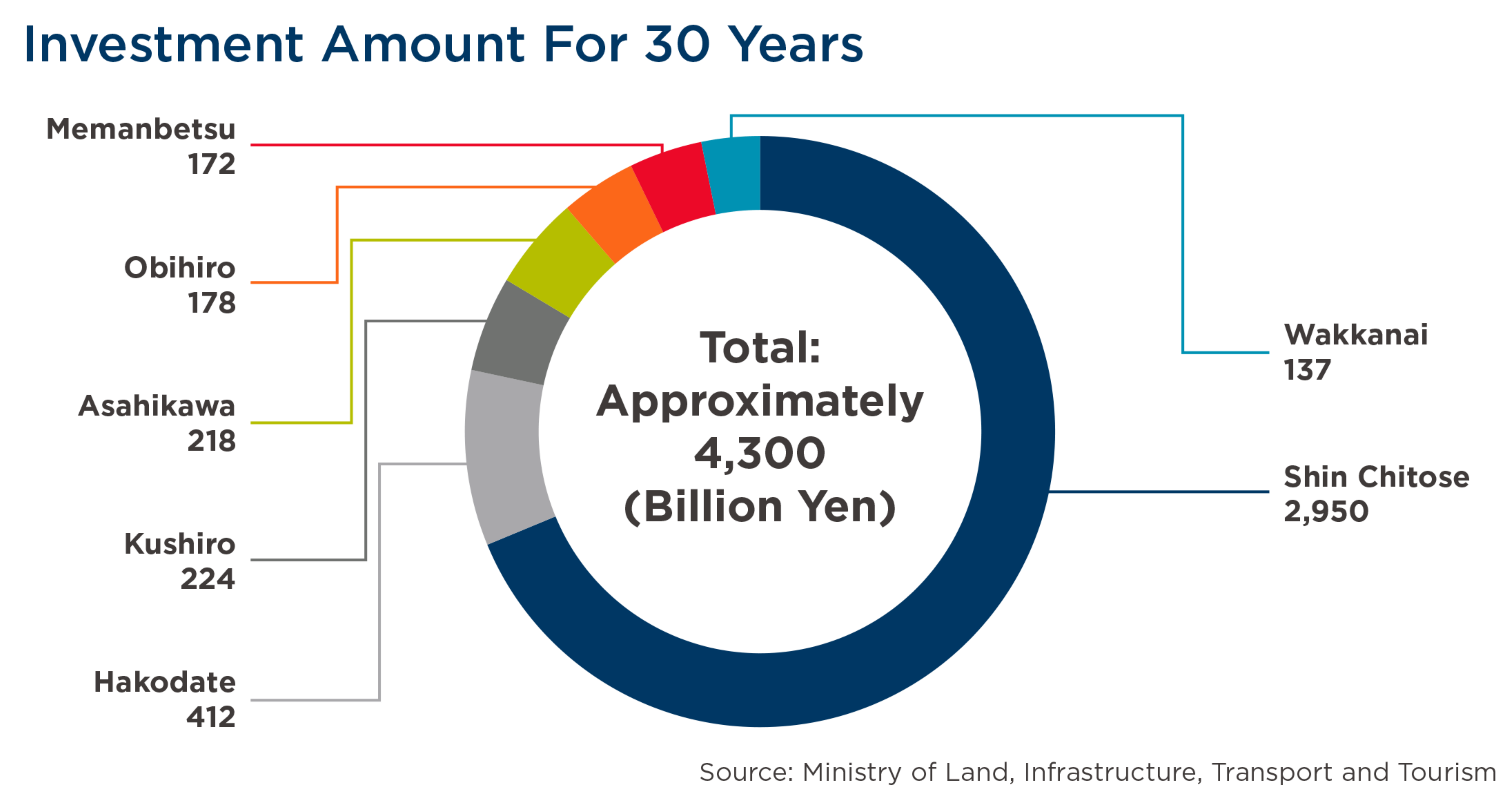 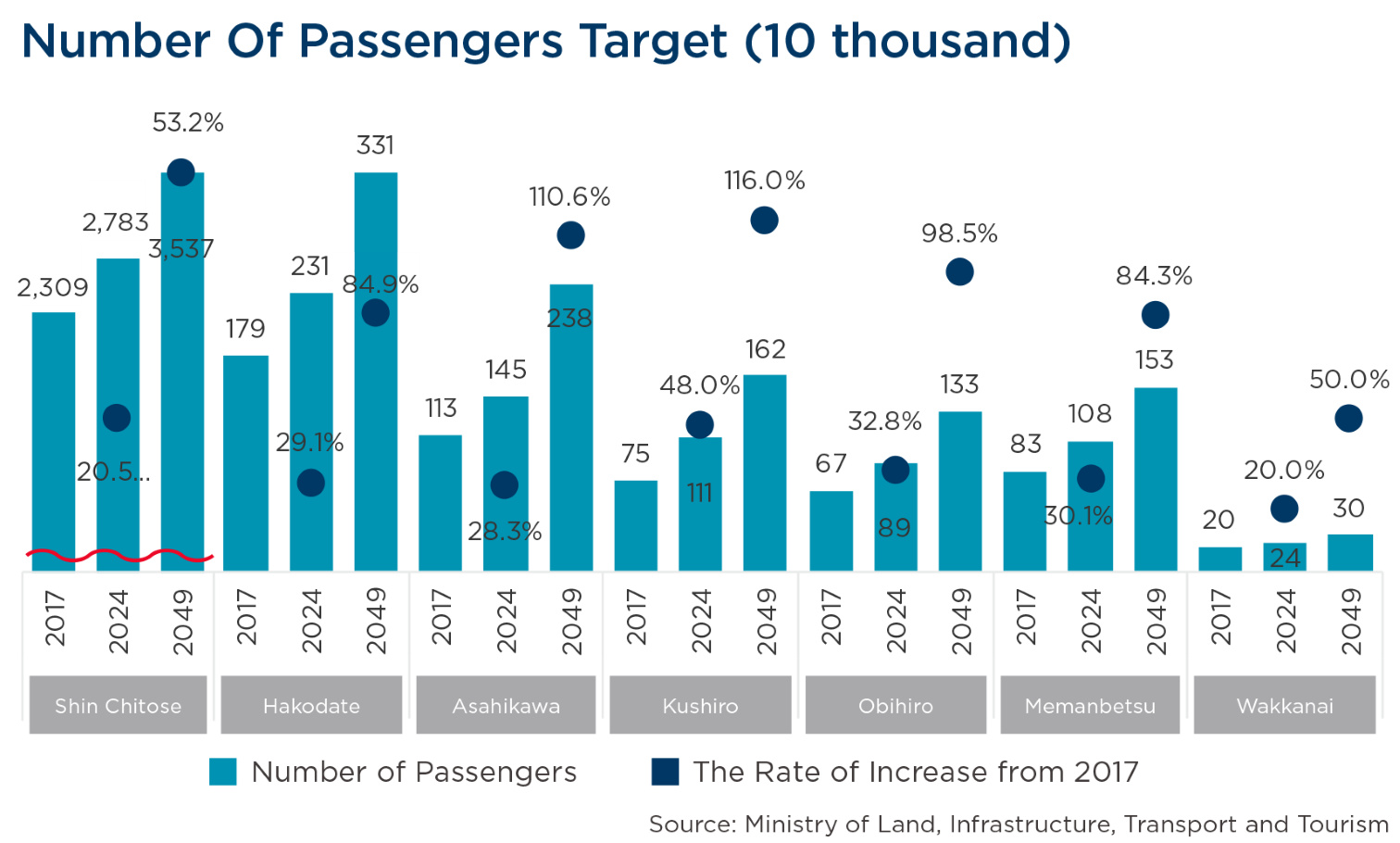 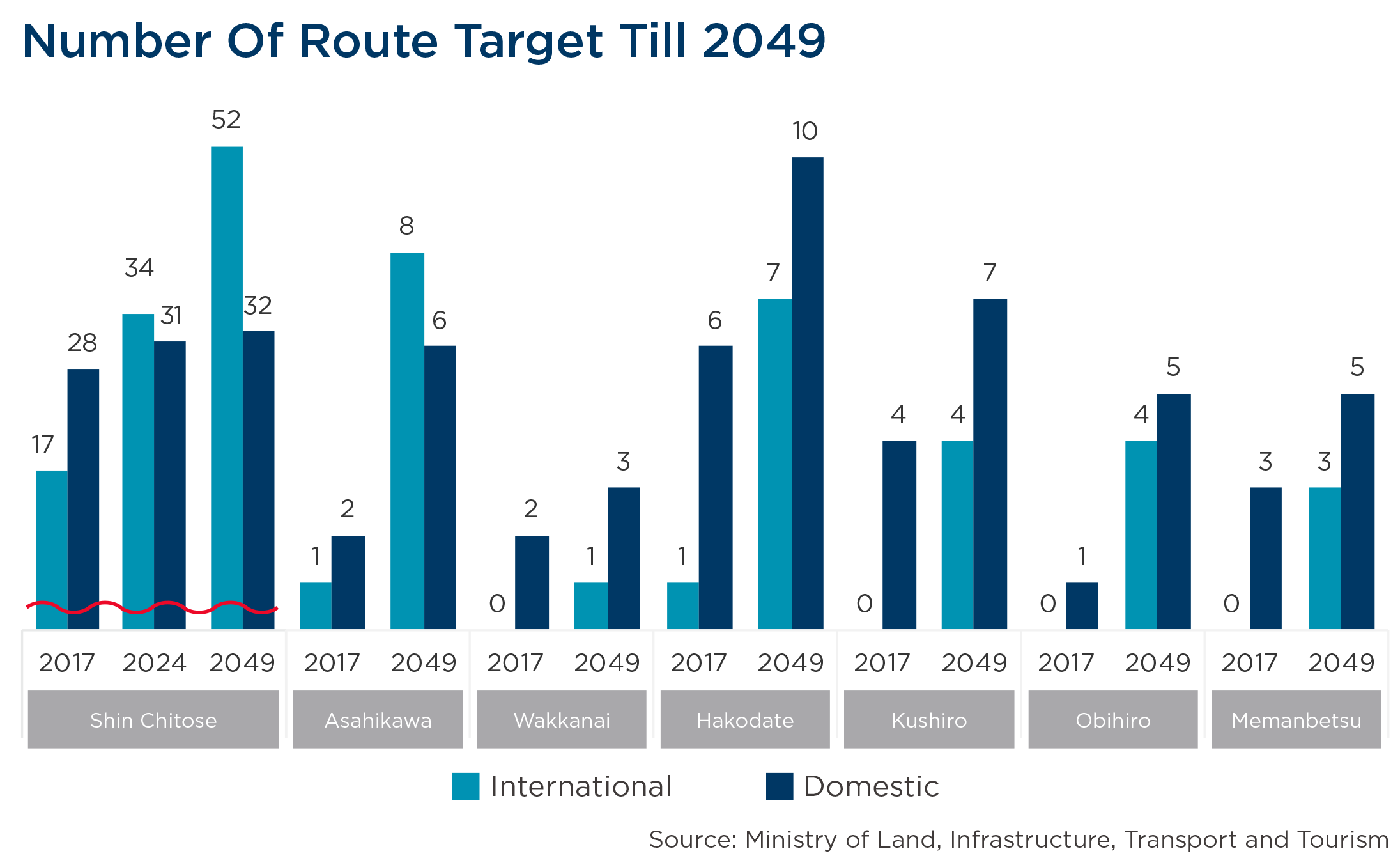