Following demographic developments, the proportion of elderly in the Dutch population has been increasing for years. The share of over-65s is expected to increase from 19.5% in 2018 to 25.2% in 2040. The so-called dependency ratio will rise in the same period from 30% to 43.8%. Moreover, the share of over-80s is expected to double to 8.5% of the total population by the year 2040.

The increased dependency ratio will require 35,000 extra beds to meet the growing demand for (elderly) care. This is in addition to the necessary revitalization of the existing (and often outdated) nursing homes in the Netherlands.

Despite the increasing demand for beds, many non-profit operators have recently been reluctant to develop new healthcare facilities. Changes in the funding system for long-term elderly care (Wlz) and the limited financial leeway of these non-profit operators hamper investments in new beds. Although traditional non-profit operators still account for about 92% of the approximately 116,000 available beds, private nursing homes operators have experienced a strong growth in recent years. This is among other driven by the swift expansion of pan-European private operators on the Dutch nursing home market. The current 8% share of the private sector is expected to grow in the coming years as new locations are opened and the average number of beds per location increases.

Foreign investors have been important players in the Dutch healthcare real estate market for about three years now. A total of approximately EUR 1.2 billion was invested in the Dutch real estate market in 2019, mostly by foreign investors. A steep increase compared to the volume of less than EUR 400 million in 2016. This interest from (foreign) investors may be a solution to contribute in the financing needs of healthcare organizations.

The general quest for profit by investors has also resulted in yield compression in the healthcare sector. While prime rents for nursing homes were above 7% in 2015, they fell to 5% in 2019. It is expected that yields will continue to compress over the coming years.

Want to know more about our specialized Healthcare team? 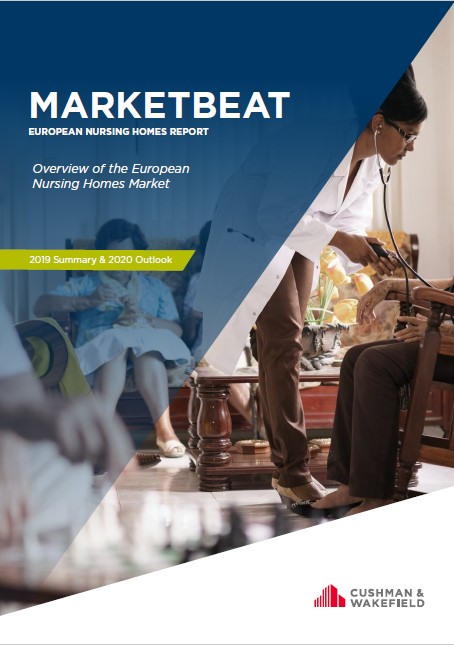