BALTIMORE, April 10, 2019 – Cushman & Wakefield announced today that it was awarded Exclusive Leasing Agency by the Maryland Stadium Authority (MSA) for the historic B&O Warehouse at Camden Yards and Camden Street Station, both situated on the Camden Yards Sports Complex. It is the first time the MSA has engaged a commercial real estate agency to support its in-house leasing efforts. 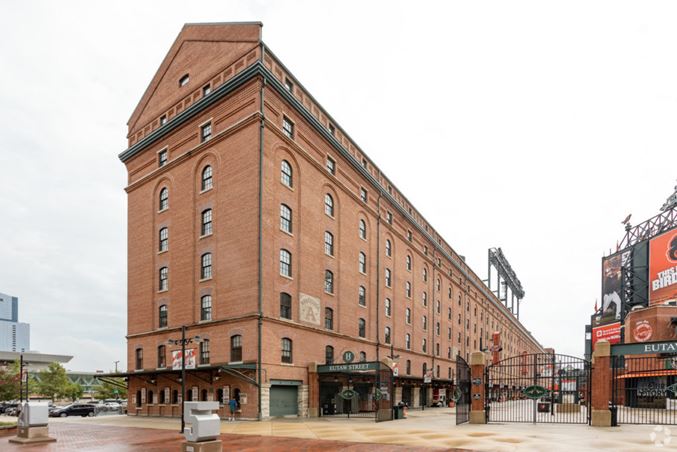 MSA is pleased to partner with Cushman & Wakefield to successfully market the Warehouse and Camden Street Station with the shared goal of 100% occupancy” said David Raith, MSA’s Chief Financial Officer. “The Warehouse offers work space that is a win-win for tenants and their clients who will enjoy ballpark views plus the nearby attractions and transportation options right outside their doorstep” added Raith.

The 475,000 square foot B&O Warehouse at Camden Yards was originally built in the late 1800’s by the Baltimore & Ohio Railroad and was later repurposed as creative office spaces as part of stadium construction. It’s exposed brick walls, wooden beams and front-row views of Oriole Park at Camden Yards have attracted discerning tenants who appreciate leasing modern work space in an architectural gem. There is currently only 20,010 square feet available for new tenants.

Camden Street Station also has a rich history. It’s commanding architecture dates back to 1856 when it was built by the Baltimore & Ohio Railroad as its main passenger terminal, one of the longest continuously-operated terminals in the United States, and served as its early offices/headquarters in Baltimore. This building was also later repurposed for commercial use with the goal of supporting the ballpark experience.

“We look forward to the opportunity to work with the MSA and support them in their vision for such an iconic property,” said Tim Jackson, Managing Director at Cushman & Wakefield in Baltimore. “The timing for our involvement couldn’t be better as the MSA continues their investments in the award-winning Camden Yards Sports Complex, from achieving LEED certification and implementing other environmental initiatives to maintaining beautiful spaces that inspire their tenants and guests.”

The B&O Warehouse at Camden Yards and Camden Street Station is ideally situated at Interstate 395 and served by MARC train, Light Rail, various bus routes and bike trails. Tenants have access to a variety of on-site and nearby dining and shopping amenities, ample parking and unmatched public transportation.