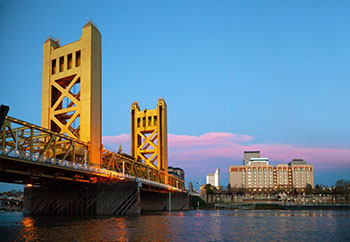 SACRAMENTO, Calif., August 13, 2019 – Cushman & Wakefield’s research department has announced the findings from its second quarter 2019 office and industrial market reports for Sacramento. Below are key highlights from these reports plus additional local expert commentary: 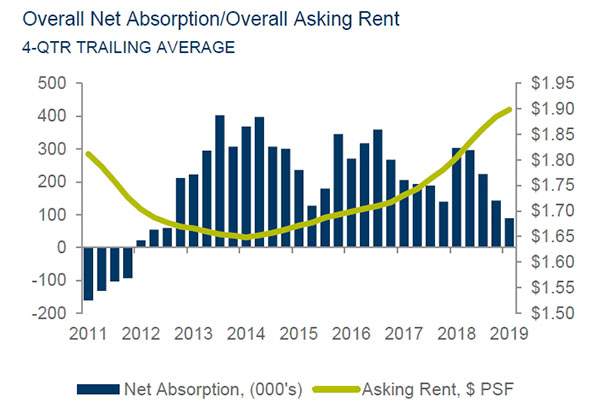 Will Austin, Cushman & Wakefield lead research analyst in Sacramento, said, “Sacramento’s continued economic growth bears out in the office market fundamentals. The region has recorded occupancy growth in excess of 100,000 sf in 11 of the past 13 quarters.”

He added, “A testament to the ongoing market strength, our midyear office occupancy growth total is nearly twice the level than we saw during the first half of 2018. Furthermore, Sacramento’s office growth is also coming from the majority of our region, as 15 of the total 20 office submarkets have reported gains so far this year.”

Office vacancy has fallen further into single digits, shedding 20 basis points (bps) during the quarter to 8.4%. Class A vacancy remains the tightest at 6.8%. Furthermore, in Downtown Class A vacancy was just 3.9%, its lowest point since the first quarter of 2008. 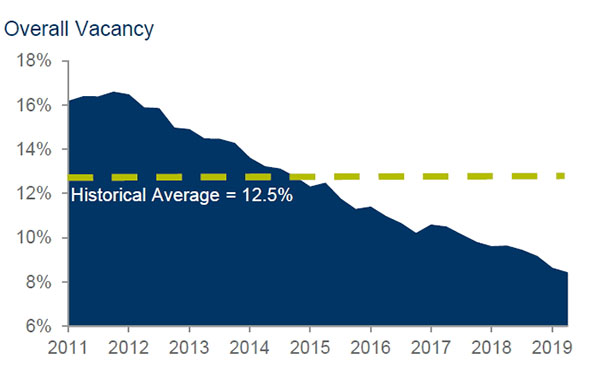 Sacramento’s Central Business District (CBD) reported a strong 87,000 sf of positive net absorption in the second quarter, while the suburban submarkets tallied 689,000 sf of growth. The Roseville/Rocklin and South Sacramento submarkets led all submarkets with 299,000 and 93,000 sf of growth, respectively.”

Cushman & Wakefield’s Ron Thomas, Executive Director and Managing Principal of the Sacramento Region, said, “Of significant note in downtown, WeWork signed a lease for 47,000 sf in at 400 Capitol Mall during the second quarter, and early into the third quarter the coworking operator has also recently agreed to another lease for 96,000 sf at 660 J St. in the Downtown Commons (DOCO) project jointly owned by JMA Ventures and the Sacramento Kings.”

Asking rates for office space continued to climb, closing mid-year at $1.94 per square foot full service, up $0.03 year-to-date and $0.06 from a year ago. Corresponding to the ultra-tight supply, Class A rates in downtown have risen sharply by $0.14 already this year to $3.18 psf.

Construction remains a major story in the office market, with active projects totaling 2.1 million sf. However, there still only remains only one active speculative project in the region, a three story, 90,000 sf project in South Natomas.

Thomas said, “Sacramento remains well positioned against risk as developers generally have not been willing to build on a purely speculative basis, insulating the market from excess supply. What is also important to note is that sublease space currently comprises just 2.5% of the total vacant space in the market.”

Thomas added, “Looking ahead, further office occupancy gains will be buoyed by build to suit construction completions for the balance of the year as vacancy rates continue to be pushed further into record territory.”

Driven by the sales of 300 Capitol and 1515 S. St in downtown, each trading for over $100 million, sales volume across Sacramento totaled $256 million in the second quarter. This added to the momentum from the first quarter to bring mid-year sales volume to $436 million. Sales are expected to accelerate rolling into the second half of the year.

Sacramento industrial vacancy ticked upward by 30 bps during the second quarter to 5.4%, largely due to the completion of two speculative buildings in West Sacramento totaling 407,000 square feet (sf). This marks the first time in the last 10 quarters that overall vacancy increased. Meanwhile, occupancy growth was virtually flat with just 1,000 sf of net absorption during the second quarter.

Will Austin said, “Industrial market fundamentals remain strong despite an increase in the vacancy rate and low net absorption numbers rate. As expected, such sustained levels of low vacancy has depressed net absorption figures for the time being—net absorption is still hindered by low vacancy, a large portion of which is accounted for by only two vacancies totaling 1.4 msf.” 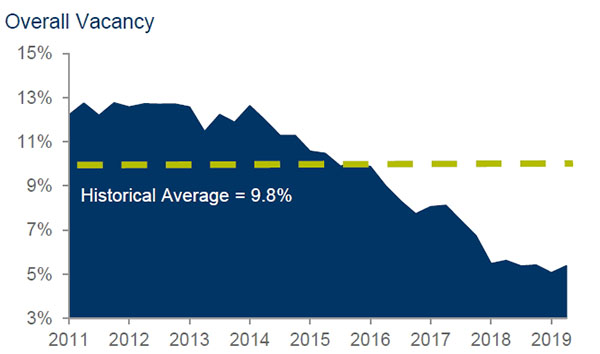 Ken Reiff, Managing Director specializing in the industrial sector for Cushman & Wakefield in Sacramento, said, “Importantly, and boding well ahead, is that while market-wide net absorption was down from prior quarters, gross leasing activity, or deals signed, actually rose quarter-over-quarter to 1.6 msf. Furthermore, West Sacramento, Woodland and Folsom/El Dorado Hills were able to post strong net absorption totals during the second quarter with 284,000sf, 99,000 sf and 93,000 sf, respectively.”

Reiff added, “The demand is definitely still here for industrial space, especially as rents remain significantly below markets such as the Bay Area for comparable space. In fact, during the second quarter, a significant tenant signed a lease for over 100,000 sf in a move that will bring its industrial operations from the Bay Area after housing those operations down there for decades.”

In terms of sales activity, nearly 667,000 sf of industrial properties sold in the second quarter, for $57 million in total consideration. Reiff noted, “Indicative of our ongoing healthy market fundamentals and desirability for Sacramento industrial product, the average price per square foot exceeded $80 psf for the second consecutive quarter, the first time that has happened since 2008.”

Austin forecasted, “For the balance of the year, expect an increase in industrial net absorption though the vacancy rate will likely tick upward as speculative construction is completed. Asking rates will likely rise as well as these new projects enter inventory.”