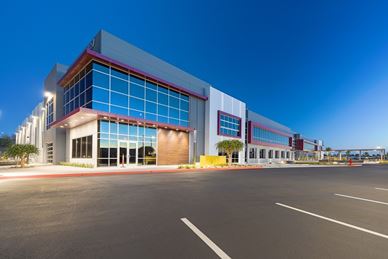 MilliporeSigma, whose parent company is Germany-based Merck KGaA, had signed a long-term lease for the entire property located at 2827 Whiptail Loop West a few months ago. Los Angeles-based BLT Enterprises then acquired the property from RPG for approximately $40.45 million in late June.

Aric Starck, Vice Chairman with Cushman & Wakefield, represented RPG in both the lease and disposition.

“This new state-of-the-art facility is very well located in the coastal and highly coveted Carlsbad submarket and strategically positioned within San Diego, the nation’s third largest life science cluster,” said Aric Starck “This lease and expansion by a major company who has operated and made significant real estate investment in Carlsbad for decades further reflects the continued growth and desirability of our local life sciences market.”

Starck continued, “The lease also created a very attractive investment offering across the board.” He added, “Through the pandemic we continue to see ongoing investor demand for industrial product—especially of such superior quality—in San Diego, one of the country’s most desirable real estate markets.”

RPG currently owns a real estate portfolio totaling over 3.5 million square feet (msf), which includes approximately 900,000-sf of ground-up development. In the last eight years, they have acquired, developed and repositioned over $570M of industrial, office, retail, and R&D properties. RPG is one of the most innovative developers in San Diego County. Known for their state-of-the-art, Creative Industrial™, mixed-use and office facilities, they have over 1 msf of ground-up development underway. Their team has successfully developed properties in other major markets in the West, to include multi-family product. For more visit www.rafpg.com

BLT Enterprises specializes in the entitlement of industrial, office, retail, residential, mixed-use and special use properties. A privately-held, self-funded firm, the company owns and operate their assets, enabling them to make quick decisions and consistently perform at an optimal level. The company owns and/or has developed more than 5 million square feet of commercial property. For more visit http://blt-enterprises.com/