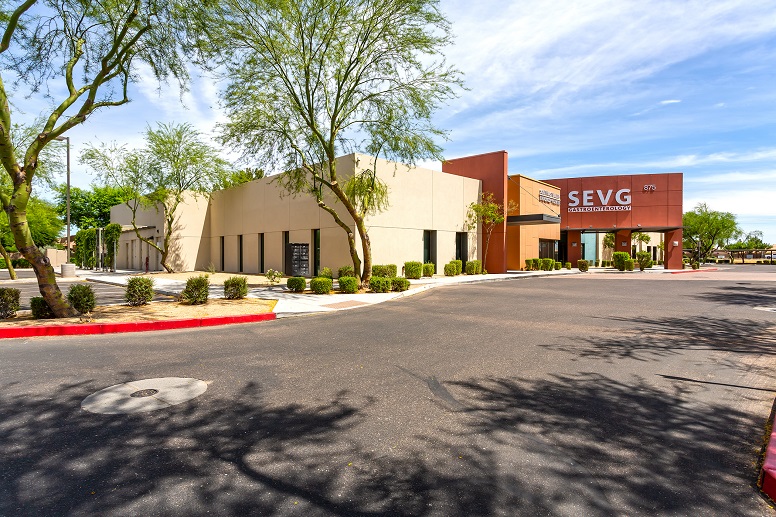 The Class A asset consists of a state-of-the-art medical office building originally constructed in 2008 as a build-to-suit for Southeast Valley Gastroenterology (SVEG), an academically-oriented physician group that specializes in the diagnosis, treatment and prevention of gastrointestinal diseases. In addition to clinical space for SEVG, the property is also home to Southeast Valley Endoscopy Center.

Southeast Valley Gastroenterology sold the property to Nashville-based Montecito Medical Real Estate, one of the largest privately held acquirers of medical real estate in the country. Subsequently, the group signed a long-term leaseback for the entire 20,084-square-foot property located at 875 S Dobson Rd with plans for a future second-phase takedown on a planned expansion to the building.

“Phoenix has one of the most active medical office markets in the country right now with an abundance of capital looking for investment opportunities,” said Travis Ives, Managing Director. “Investors are drawn to the region’s strong population growth and diversified economy with favorable payor demograhics. On the numerous transactions we’ve been involved with recently in the Arizona market, we’ve seen tremendous interest from a wide variety of capital.”

Devpal Gupta said, “Chandler has been one of the fastest-growing cities since the 1990s and healthcare services have remained an important growth segment to serve the residents of this market. The Southeast Valley Endoscopy Center is growing its presence in the valley and is currently one of the busiest centers in the market. Part of the proceeds from this sale will go towards a planned modernization and expansion by the group that will add procedure rooms and more recovery beds allowing the center to increase case volume.”

Since the onset of the pandemic, the Cushman & Wakefield U.S. Healthcare Capital Markets Team has now closed 10 transactions approaching $120 million across the country.