Cushman & Wakefield’s Nick Rathgeber, Leigh Melbourne, Josh Cullen and Mark Hansen have been exclusively appointed to manage the sale via an international expressions of interest campaign, with a price guide of more than $120 million.

The development, completed by Pamato Corporation in February 2020, was designed by Melbourne-based architects Elenberg Fraser. The office building is being sold fully leased with a weighted average lease expiry (WALE) of over 7 years. Major tenants include Miele Australian Headquarters, Cabrini Health and Siemens Healthineers Australian Headquarters, with the latter two joining the long list of health based office occupiers in Hawthorn and Camberwell. 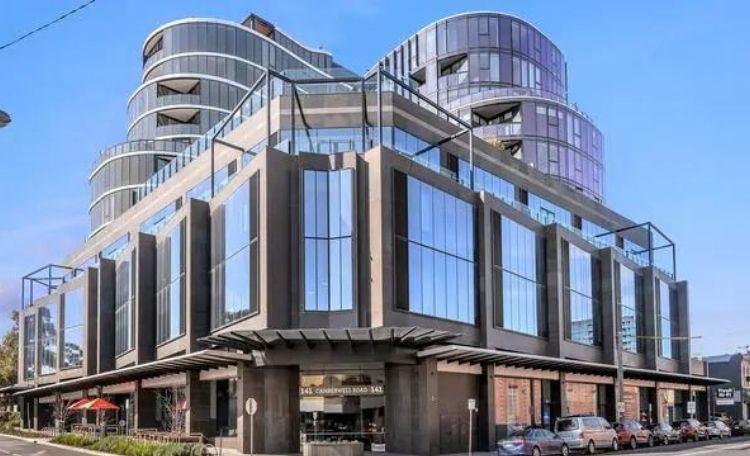 Cushman & Wakefield’s Nick Rathgeber, said: “141 Camberwell Road outstrips its direct competitors in so many ways. A range of blue-chip tenants were attracted to its exceptional amenity and location, and a WALE of more than seven years and strong covenants underpin income security for a potential purchaser, with the additional attraction of health industry occupiers.”

“As the third office investment over $100 million to come to market in Melbourne’s metro markets this year, we expect it to attract significant attention from local and global investors. Particularly given that it’s situated in the affluent Camberwell Junction Precinct, at the doorstep of major retailers and well serviced by transport options.”

“We are also seeing increased interest in metro locations amid the pandemic as organisations look to offer ‘close to home’ options for their people and the ability to drive. As a result, car spaces are highly sought after, and 141 Camberwell Road has a higher car space ratio than any other commercial office building in the fringe market.”