Learning from the Best: How the Japanese Earthquake-proof Their Buildings

While smart and energy-efficient buildings tend to grab headlines, in countries like Japan where earthquakes are a regular event, these important factors are often downgraded to ‘nice-to-haves’ behind the need for structural stability.

It’s no secret that a building’s foundations are critical to its resilience, and with earthquakes and other natural disasters seemingly happening more frequently than ever, the demand for resilient buildings is also growing.

Japan’s proximity to the Pacific ‘Ring of Fire’ and all its seismic activity has contributed to the country’s strict building codes for skyscrapers and towers. Thanks in part to materials that are flexible and shock-absorbent as well as modern tools to test and analyze the performance of a building, the architecture and engineering seen in Japan is among the most resilient in the world, with even some older buildings retrofitted to make them more earthquake-resistant.

This dedication to structural stability has made Japan a prime example of an earthquake-ready country.

See below for five great examples of why. 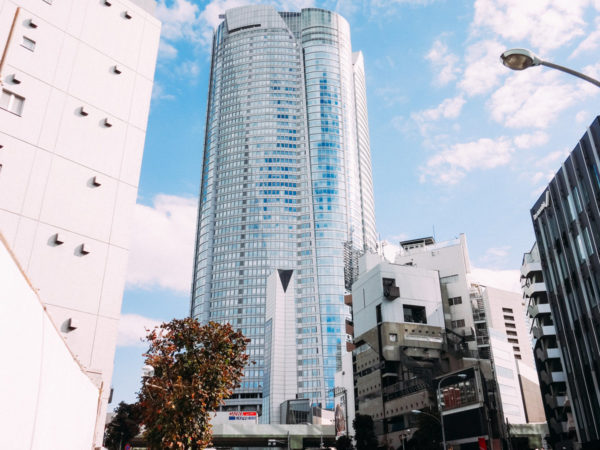 The 54-story Mori Tower is located within the Roppongi Hills complex in Tokyo. Its earthquake-resistant features include reinforced steel piping and a motion-absorbing technology called oil dampers. The dampers used in the building are semi-active and consists of 192 shock absorbers which are filled with thick oil. When the building shakes during an earthquake, the dampers counterbalance the shaking with the oil sliding in the opposite direction to minimize the tremors. 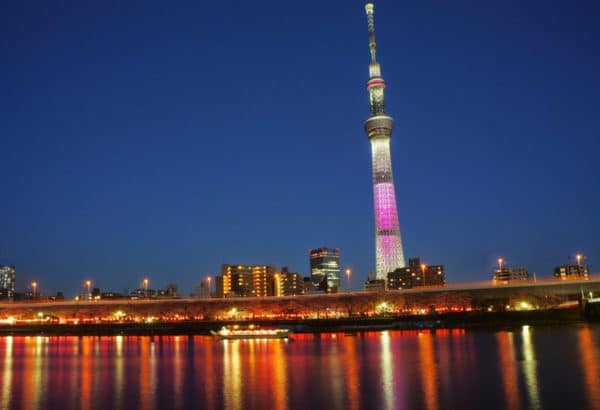 The Tokyo Skytree is a television and radio transmitter and observation tower located in Sumida, Tokyo. Completed in 2012, it stands at 2,080 feet and takes its design inspiration from the root system of a giant tree. It has a tripod base with a central pillar connected by flexible oil dampers to the first 125 meters. The central pillar acts as a counterweight which allows the outer frame to vibrate in the event of an earthquake; a damping system keeps the tower’s center of gravity close to the base. The foundations are also designed to be resilient to earthquakes, with four clusters of walled piles and steel-reinforced concrete nodes reaching 164 feet below the ground to give the tower a firm footing. 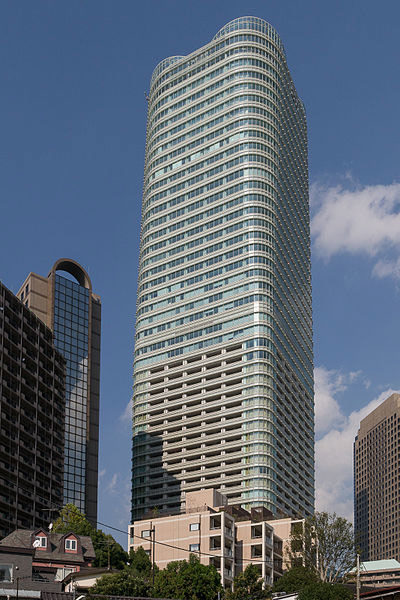 This is a mixed-use building in Tokyo that uses the same damping technology to make it earthquake-proof. Steel plates are installed in the cavities between each floor. These plates are attached to the upper wall of the cavities and the lower wall is fitted with oil dampers. During an earthquake, the plates move through the oil dampers which creates a resisting force against the seismic activity. 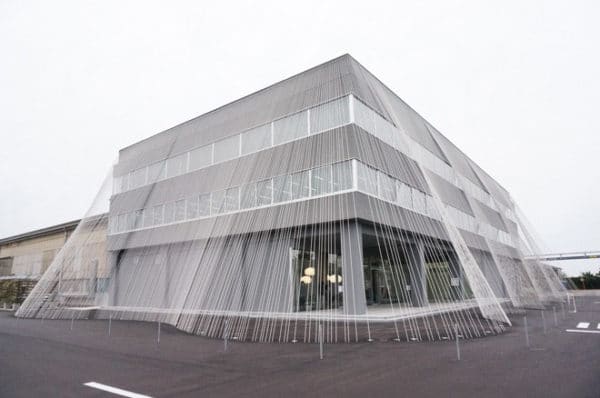 Found in Noma City in the Ishikawa Prefecture, fa-bo is an office and laboratory building of Komatsu Seiren, a Japanese textile firm. The three-story office building is enveloped by a curtain of 1,031 braided carbon fiber rods which extend from the roof and are fastened to the ground at various angles. The rods are tough and flexible and capable of protecting the building in the event of an earthquake. Inside this curtain of rods is another layer of 2,778 rods that add stability to the building.

When there is an earthquake and the building shifts from side to side, the rods stretch and pull it back to prevent it from shaking. 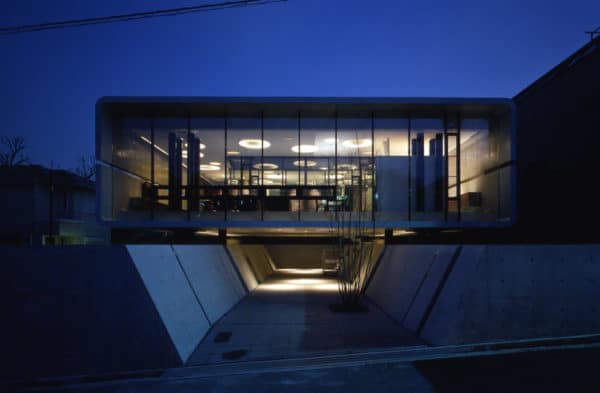 Situated in the Osaka Prefecture, Television House is a private home designed to be earthquake-resistant. It is integrated with a seismic isolation system and load bearing arrangement that keeps the building steady during earthquakes. The house sits on a podium with elevated structural beams and a concrete base which acts as the ground floor. A hollow base serves as the entrance to the house. The isolators enable the house to be separated from any ground tremors. 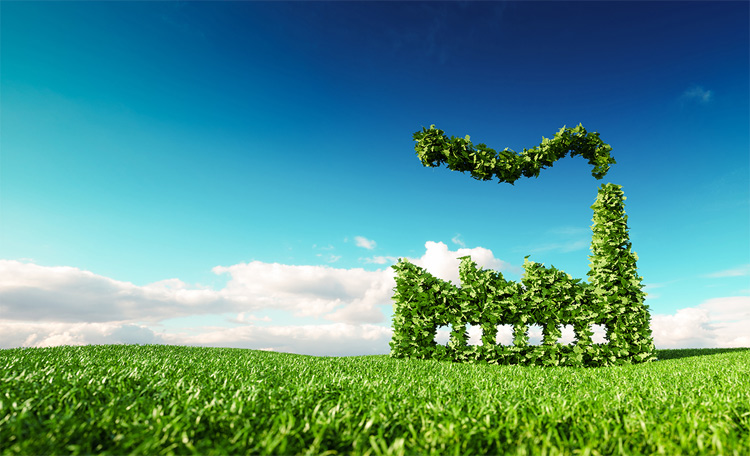