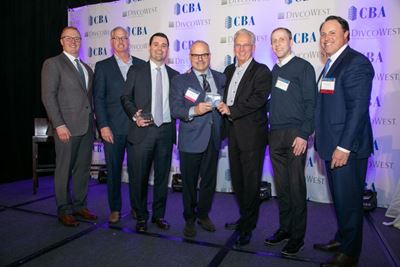 The team of Josh Kuriloff (NYC), John Boyle, Chuck O’Connor, and Margaret Power earned the Boston Office Deal of the Year Award for their work with Verizon on its landmark 445,000 square foot lease at The Hub on Causeway, the planned massive mixed-used development at North Station.

The Hub on Causeway will be the tallest office building built in Boston in 20 years and bring a new era of office design with its multi-story porches, roof decks, mid-rise maker space floors with 20’ clear heights, and in-house co-working space. 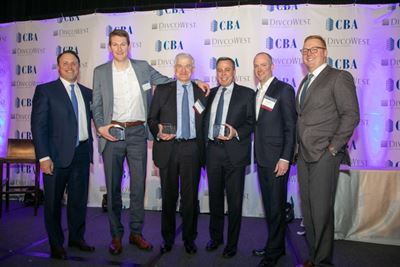 The Verizon lease deal was the largest for the city of Boston in 2018.

In addition, Michael Joyce was awarded the Office Deal of the Year Award for Greater Cambridge for his work representing Puma in its new 150,000 SF headquarters at Assembly Row in Somerville.

The building will be steps away from the MBTA Orange Line Assembly Square stop and provides employees easy access to Assembly Row’s abundant dining, shopping and health and wellness benefits.

The space – which will occupy a full five floors of space in the building – will include a 19,000-square-foot roof deck, complete with a recreational area and basketball court. The facility provides employees access to a state-of-the-art fitness center, an on-location kids room, ample bike storage and a 2,300-square-foot balcony.