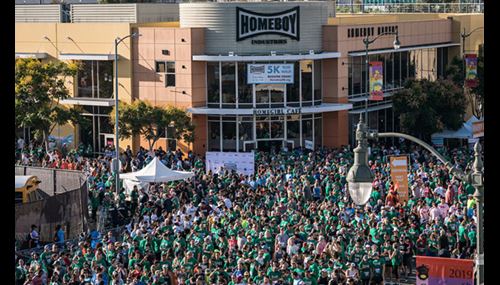 Continued support of the celebrated LA program that provides hope, training, and support to formerly gang-involved and previously incarcerated men and women.

According to Homeboy Industries, this year’s event was the most successful in its history, with over 3,300 registered runners and walkers of all ages participating and raising more than $400,000 thanks to hundreds of generous supporters. Team C&W raised over $500.

“It was an amazing event that we were so happy to be a part of,” Sarah said. “We look forward to doing more events with Homeboy Industries as we look to create more of a long-lasting partnership with the organization.”