Cushman & Wakefield today announced the sale of a freestanding retail building in La Jolla Village for $15.3 million. The multi-tenant property consists of an 8,116-square-foot building on 0.34 acres that is located at 1133-1147 Prospect St. and situated within a prominent core area of La Jolla (San Diego), California. The buyer was Girard Avenue, LP and the seller was a private family trust. 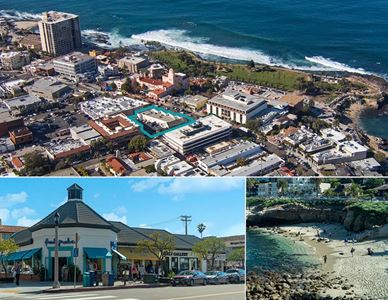 “1133-1147 Prospect St. is a true crown jewel asset with an irreplaceable location also considered to be the very best location in the most sought-after retail block in La Jolla,” said Mike Slattery, Director. “Further enhancing the uniqueness and desirability of this asset, the property also includes 29 on-site surface parking spaces immediately adjacent to the building.”

Slattery added, “This was a tremendous opportunity, as generation properties such as these rarely come to the market. Strong demand for the distinct real estate offered in La Jolla Village attracts specialty and upscale tenants and subsequently commands some of the highest rent in San Diego. It is believed to be one of the highest price per square foot ever paid for a retail property in San Diego County.”

Located at the corner of Prospect St. and Ivanhoe Ave., the property provides sweeping ocean views and is just steps from the La Valencia Hotel, Georges at the Cove, The Colonial Hotel, La Jolla Cove and many other world-class shopping and dining destinations.