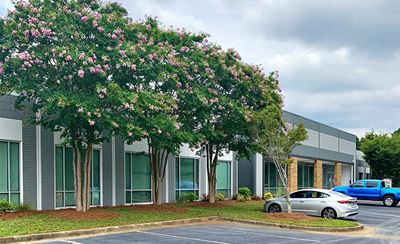 “We are pleased with how the negotiations went for both leases and that we were able to work collaboratively with both tenants to find solutions that worked in their best interests. By being honest and fair with all parties, it was a win-win for everyone involved,” said, Tara Healy, Director at Cushman & Wakefield.

Lincoln Tech will occupy the entire 1200 building at Camp Creek Business Park. Meanwhile, Omnitech will begin operating from the remaining vacant space of the campus’ 1000 building. Omnitech will join a high-end automotive training center that already occupies space within the building. The addition of Lincoln Tech and Omnitech as new tenants at Camp Creek Business Park will make the business park home to three education facilities.

“Aside from access to amenities and transportation, our need for additional parking and visibility made our requirement tough in the market. The collaborated effort of all parties to meet our needs provided us with the desire to commit to this location,” said spokesperson for Lincoln Tech.