More than $100 billion has flowed into the data centre ecosystem in the past decade, with pension funds, private equity firms, infrastructure funds, sovereign wealth and many other organisations recognise the growth potential of this sector. This capital has allowed the industry to expand at a lower cost as many funds have taken ownership positions in new companies rather than acquiring data centres asset-by-asset. These funds have been looking to deploy a similar amount of capital if attractive opportunities arise.

The significant capital inflow has been matched by an equally major technical shift throughout the industry as enterprises have chosen to move workloads off premises – first to co-location facilities and more recently to a mix of colocation, public and private cloud computing. The demand for cloud storage will continue to balloon. Devices that are part of the Internet of Things, the impending 5G wireless networks and the prospect of self driving vehicles will require considerable spend on infrastructure, particularly in dense urban areas. The hunt is on for locations where latency is nearly non-existent and the savviest industry players are taking steps to construct platforms that support the biggest and smallest use cases. 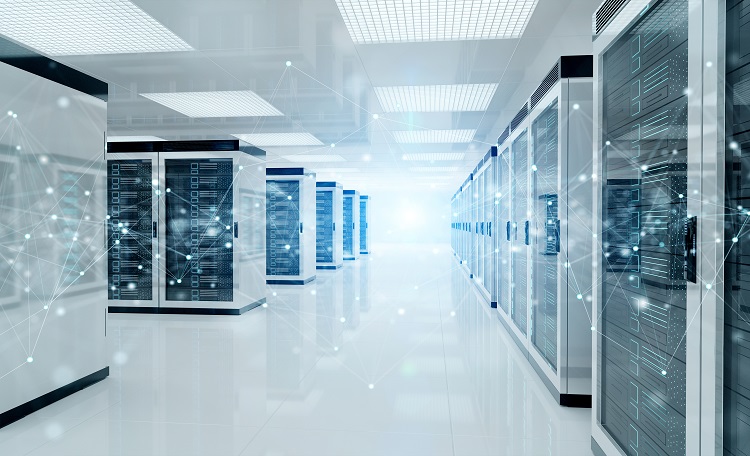 Singapore is Asia’s Number 1 but for how long?

In the latest Cushman & Wakefield report “Data Centre Global Market Comparison” tracking data centres across the world, Singapore is the only Asian city singled out in a top 10 list dominated by American markets of North Virginia, Silicon Valley, Dallas, Chicago, New York, and New Jersey. Singapore’s position is bolstered by the minimal risk of natural disasters compared with other countries as well as its cloud availability and fibre connectivity.

Even when facing daunting natural disasters that down other business verticals, networks must stay functional, data must keep moving and disaster recovery must be available if all else fails. In addition to the usual site selection criteria of fibre and power, thought must be spared to a data centre’s defences in the face of catastrophe to avoid reliance on short-term back systems. In the ranking, Singapore is free of the risk of floods, earthquakes and hurricanes compared to the other American cities who score well in terms of development pipeline. Its undersea cables and strong business climate have enabled developers to build data centres in the last few years but the future of its development pipeline hangs in the balance as the city state reviews the 36 per cent target reduction in carbon emissions by 2030.

There are many issues to consider before the government decides to allocate land to develop data centre, one of the pressing issues is carbon footprint. Singapore may not be the largest in terms of footprint but it is one of the highest consumer of power per capita. In fact, technology holds the key to mitigating energy use by data centres.

From a data centre perspective, locating in markets with sustainable power has another benefit: it can be cheaper from a user perspective. Montreal has led the way on this for some time, with local utility Hydro Quebec marketing the low cost hydroelectric power as a reason for locating data centres in the province. Sydney has recently stepped up, with all power coming from renewable sources within the year.

As large corporations and local governments pursue their own sustainability goals, data centres will be required to follow suit to meet future regulatory concerns and obtain further business. Those facilities that maintain a low power usage effectiveness, use water sparingly and utilize renewable energy will benefit both in cost savings and partners.

Singapore is, literally, a power house because of its exceedingly high consumption of power per capita and the data centre sector is starting to take note of emissions and build more environmentally sustainable data centres.

The Singapore government has said that it will review the greenhouse emissions target set in the 2015 Paris Agreement. Aside from IT equipment which typically forms the largest energy use, 30 per cent to 40 per cent of the power is consumed by air conditioning systems for cooling purposes. Instead of installing cooling systems that use electricity and burn carbon, companies have explored alternative ways to reduce electricity consumption.

Data centre monitoring systems also play a major role in mitigating emissions. Receiving prompt notifications on anomalies through remote sensors that measure temperature, power, humidity and physical security would help trigger a quick response to rectify issues in a timely manner, avoiding energy wastage. As smart energy technologies continue to be experimented and embraced by companies here, data centre operators will see the benefits of applying these systems to their facilities, mitigating the pressure on power.

Singapore scored well in cloud availability and fibre connectivity and is expected to keep ahead of many markets as the eco system supporting the Republic’s digital economy matures. Cloud computing has pushed the full capabilities of the data centre. Enterprises no longer maintain their own data centre if it means constantly upgrading and migrating data, driving costs up.

As more workloads migrate to the large cloud services providers, it provides a major advantage to those data centres that are in markets with this accessibility. In the study, each market was reviewed to determine if it fell in an availability area for Amazon Web Services, Google Cloud or Microsoft Azure. Singapore’s openness in welcoming these cloud service titans will reinforce its leadership position as a top market in cloud availability. The growth trajectory in cloud services will only accelerate further with Singapore’s digital economy taking off.

On January 20, 2020, Amazon Web Services announced that AWS Outposts is now available in seven new regions, including Canada, Bahrain, Singapore and Hong Kong. This will add to the stable of cloud service providers including Chinese firm Baidu which set up AI-powered computing, security, storage, networking, database, and system management services to support local businesses in Singapore and international Chinese enterprises.

If data centres are the brain of the modern economy, fibre networks serve as the nervous system that allow it to move and thrive. Billions of dollars are invested each year in constructing and maintaining these high-speed networks, with telco companies, infrastructure funds and private equity firms fighting for market share all over the world. While a data centre requires access to just one network to function, the greater the number of networks means the more the facility can prosper. Faster, denser fibre generally allows for the lowest latency and better network reliability when functioning with major cloud services. Singapore has connections to 22 undersea cables, with four more coming online throughout 2019 and 2020, providing additional links to the rest of Southeast Asia, Australia, and the United States. Singapore’s relatively central location in Asia allows for low latency to many key regional markets.

Singapore’s robust fibre network has enabled it to move data across the country and across borders in the region including mega cities like Jakarta where the growth in data usage is exponential because of its expanding Generation Z pool of workers who is going to contribute to the economy and with the power to purchase.

But until the levels of infrastructure in these Southeast Asian markets of Thailand, Indonesia and Vietnam are sophisticated enough to support the smooth operation of data centres in these markets, data centre players will continue to favour Singapore for its relative security to store mission critical data and store the business-as-usual non-mission critical data in the neighbouring countries.

The investment activity in 2019 will fall short in 2020 into 2021. Although the authorities have not formally put an embargo on land allocation for data centres, we cannot dismiss climate change considerations. The number of Investors looking to neighbouring Malaysia, Indonesia, and Thailand to invest in data centre developments has picked up pace. A few have invested outside of Asia - Keppel DC REIT recently bought a second data centre in Frankfurt in January 2020 – but most investors will be looking to Asia for green field sites and source for brownfield sites in the Americas and Europe.

Several local funds have invested widely in data centres across the Americas, Europe, and the rest of Asia. This investment takes many forms; some organizations have chosen to create new companies to deploy capital, while others have chosen to invest directly asset by asset.

Early 2018 saw the creation of EdgeCore in the United States, a venture funded by Singaporean sovereign wealth fund GIC, in collaboration with Canadian pension fund OPTrustand US entity Mount Elbert Capital Partners. This new company is underway on projects across the US, with the completion of their first asset shortly in the Phoenix area.

On an asset acquisition basis, large investment houses Mapletree and Keppel have acquired dozens of data centers globally, each through multiple funds. Keppel Data Centre REIT has proven particularly acquisitive, building a portfolio of assets across Australia, Malaysia, Germany, Italy, Ireland, the Netherlands, UK, and at home in Singapore.

Direct corporate acquisitions have also been utilized, shown in 2016 when ST Telemedia (part of Temasek) purchased a majority interest in the data center business of Indian giant Tata Communications. This provided a large portfolio of data centers across India with additional space in Singapore.

With a large amount of capital available and experience investing across borders, we expect continued international success for homegrown companies.

The above article originally appeared on The Business Times under the title, "Data centres are niche no longer" on 11 February 2020.