Shophouses: Kampong Glam and Little India Poised to Be the Next Growth Areas

Shophouse investors in Singapore are now beginning to set their sights on two other conservation areas with tremendous potential in terms of capital and rental growth: Kampong Glam and Little India.

The story on Singapore’s shophouses within the Central Business District has already been adequately covered over the past few years. Location, location, location – has always been the key factor of consideration when investing in real estate. Due to its intense popularity, the supply is very tight with little room for negotiations as both sellers and buyers are at a standoff in price.

Shophouse investors are now beginning to set their sights on two other conservation areas with tremendous potential in terms of capital and rental growth: Kampong Glam and Little India. 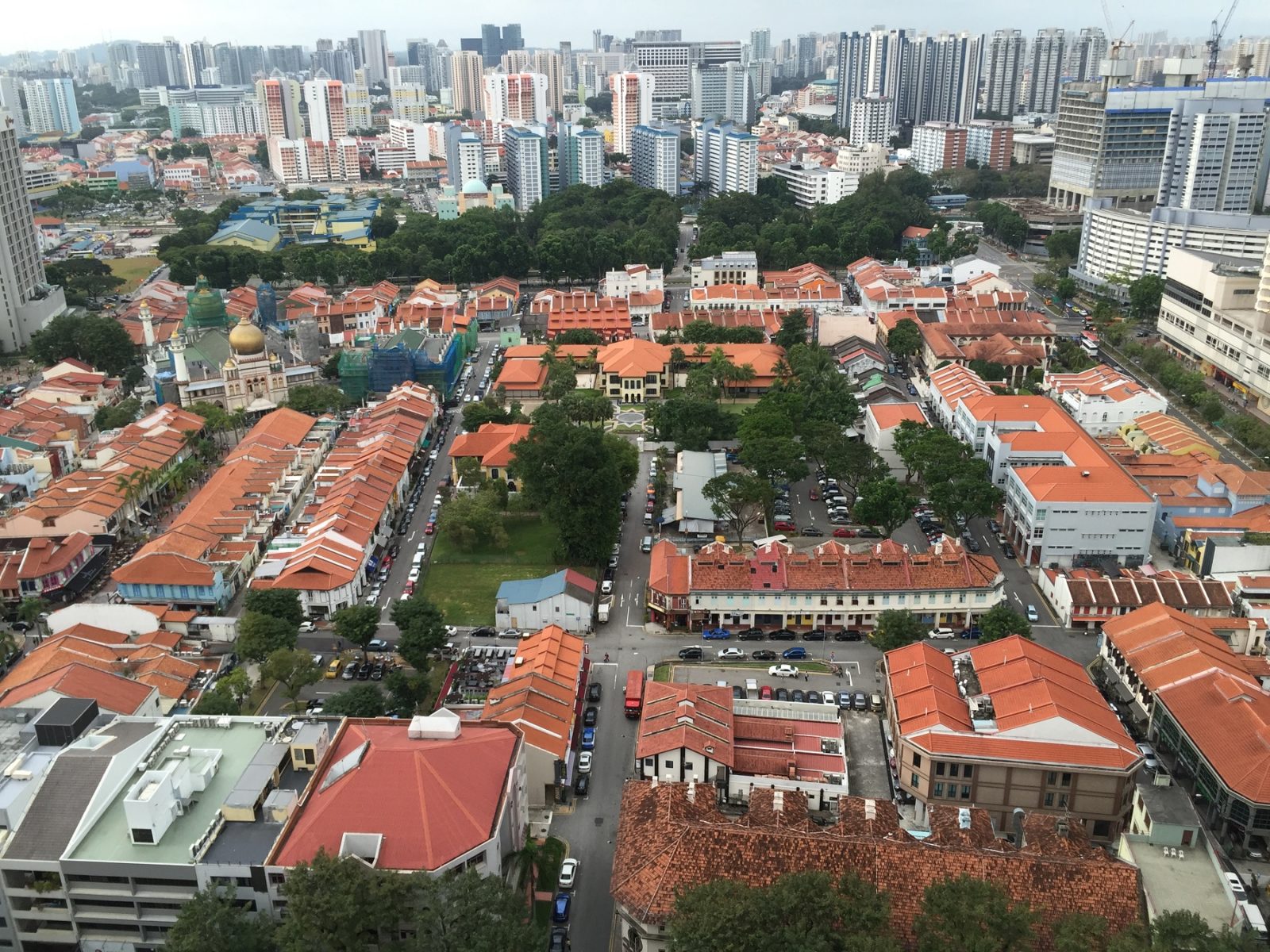 Kampong Glam, known for its rich cultural history and trendy lifestyle scene, holds a lot of promise. Located in the north of the Singapore River, in the planning area of Rochor, it is in close proximity to the Bugis precinct, which is an added bonus, leveraging on the promise of revitalisation in the area. Guoco Midtown (expected completion in year 2022) is in the works, Shaw Tower (slated for completion in year 2023) will be redeveloped in year 2020; Golden Mile Centre and Textile Centre will be redeveloped alongside these new developments if the collective sale is successful.

The upcoming new developments together with the recently completed developments such as City Gate, Concourse Skyline, Duo Residence and South Beach Residence, will bring about a major rejuvenation within the Ophir-Rochor corridor. The recently completed residential developments have contributed to over 1,500 residential units added in the area (excludes the highly anticipated GLS at Tan Quee Lan Street that has a tender closing 5 Sept 2019). A self-sustaining footfall that is likely to increase further will be generated through the residents and office/hotel occupants, thus breathing a new lease of life for the existing buildings and trades, as well as the re-shaping of the trade mix, leisure, and F&B options.

This is a timely window for shophouse investors with a medium to long-term view on investment. It is an opportune time start planting the seeds of investing in a new growth location. Rents in the location has returned to an uptrend since 2017. This year, D7 average rents rose to $5.14 psf, surpassing her previous peak of $4.96 psf. The rental data evidently displayed tremendous rental growth potential in the locale as tenants are witnessing improving business sentiments, firm economic growth and recovering retail sales, which gave them the vote of confidence in supporting the rise in rents. 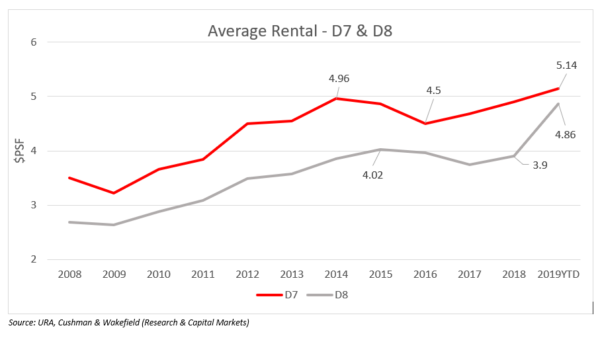 The transactions volume within Kampong Glam has been growing steadily since 2016, while the prices remain relatively flat as compared to 2015. On average, the freehold shophouses are transacting between $2,800 psf to $3,300 psf on estimated floor area or about $4,000 to $4,500 psf on land area. Haji Lane, being one of the most popular streets within Kampong Glam, known for its indie retail stores, street brands and hip cafes, has attained historical high of about $5,000 psf on estimated floor area in 2015. With the rentals rising steadily and current prices remaining relatively flat, it offers a good window of opportunity for investors who are seeking to acquire an asset within a growth location.

Kampong Glam is still largely considered to be at the fringe of the CBD and this heritage enclave is slowly giving way to a gentrification of the old trades, while redefining itself as an expansion of the CBD.

Another enclave that investors could also consider adding to your watchlist is Little India. Known for being a buzzing historic area and its wide spread of delicious Indian cuisines coming from the Northern to the Southern parts of India, its transaction volume and rental rates has been rising in a healthy pace since 2017, while their prices remaining relatively flat.

The prices within Little India have not deviated far from where they were back in 2015. The freehold shophouses are averagely transacting between $1,450 psf to $1,650 psf on estimated floor area or about $2,800 to $3,300 psf on land area. The area retains its strong cultural and heritage charm with a gradual shift towards some diversity in trade make-up, F&B and office tenants. Several co-working players have found their niche in this charming enclave with its growing mix of retail malls, reputable hotel brands alongside boutique hotels.

Little India is minutes from the CBD, accessible by public transport and a network of expressways. The Conservation Area has multiple MRT Stations surrounding it from head to tail, they include Little India Interchange (NE7/DT12), Farrer Park (NE8), Jalan Besar (DT22) and Rochor (DT13), granting accessibility to other parts of the island effortlessly regardless of where you are within the Conservation Area.

The soon-to-complete Tekka Place, which is a joint development between Lum Chang and LaSalle Investment Management is a highly anticipated integrated development comprising retail and serviced residences. The serviced residences will be managed by top international brand Ascott (named as Citadines Rochor Singapore). With the completion of Tekka Place, it is expected to rejuvenate the locale by creating higher and steady stream of footfalls and introducing new retail concepts.

The Little India shophouse lends a unique value proposition of scarcity, a major standout in an enclave that is largely high-rise public housing, food centres and malls. Tourists and visitors are constantly lured by the F&B attractions that pepper the streets of Race Course Road, Buffalo Lane, Dunlop Street, Dalhousie Lane.

These two locations present tremendous opportunities for investors who are looking at more manageable quantum, savvy retail investors who are seeking to diversify their portfolios, and family-owned businesses who want to park their funds in a safe haven gateway city such as Singapore. Districts 1 and 2 will of course always command a premium for its location in the heart of the Grade A commercial district but there is certainly a lot of value to be unlocked in Kampong Glam and Little India. Moreover, the versatility and concept-driven asset is proven to be resilient against micro and macro externalities including the tough credit controls imposed by the authorities and the financial crisis.

The above article originally appeared on EdgeProp on 21 June 2019.