Cushman & Wakefield, as the exclusive agent, has negotiated the sale of a former medical manufacturing facility on a combined 2.27-acre assemblage in Miami’s vibrant Wynwood Arts District for $18.5 million. The centrally located assemblage, which straddles the two southern hard corners at the intersection of N. Miami Avenue and 22nd Street, is primed for redevelopment. 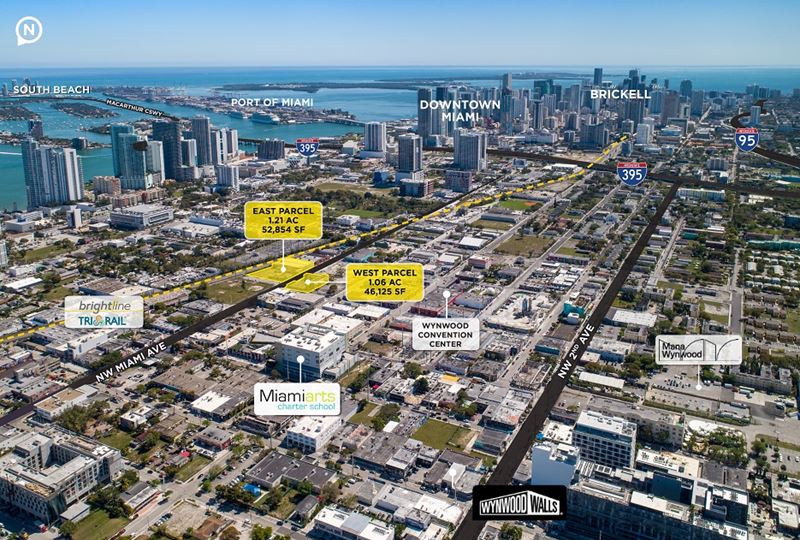 The assemblage is made up of eight parcels which originally had five buildings totaling 51,205 square feet. The buyer plans to redevelop the assemblage, which is uniformly zoned T6-8 and allows for higher density mixed-use development.

“As Wynwood continues to develop and mature into a world-class hub for the arts and creative businesses, opportunities to acquire large development sites are growing harder to come by,” said Alcivar. “This offering presented a rare opportunity to acquire critical mass with flexible zoning in one of the nation’s most exciting neighborhoods.”

With frontage along N. Miami Avenue and NW 22nd Street, the assemblage is positioned at the southern gateway to the Wynwood submarket. The location offers excellent visibility and walkability to Wynwood’s many amenities, including world-class art galleries, restaurants and entertainment, and is a convenient commute to Downtown Miami/Brickell, Midtown, the Design District and Miami Beach

“While Wynwood is known for its dozens of art galleries and an ever-growing number of restaurants, bars, and retailers, the submarket is only just now starting to see larger scale mixed-use development,” said Given. “This assemblage presents the buyer with an exceptional opportunity to tap into Wynwood’s growth potential and be part of its maturation into a liveable neighborhood.”