Arguably the issue at the forefront of most commercial real estate investors’ minds is that of inflation and what it means for their investment strategy, target assets and target returns. Over the course of three articles we analyse inflation in Asia Pacific, highlighting current trends as well as opportunities, challenges and potential strategies for investors. In this first article, we focus on inflation across the region, its forecast outlook and implications for the timing and extent of interest rate hikes.

Inflation accelerating, but not setting records… yet

At the start of 2022, the economic outlook for the region for the year ahead remains positive. Asia Pacific is forecast to lead regional GDP growth and some of the region’s major economies and financial centres, including Japan, India, Singapore and Australia are forecast to experience economic growth above their respective 2015-19 averages. However, inflationary pressures are building. Inflation is not inherently bad as most central banks operate within a target band, but too much (or too little) inflation requires countermeasures, mostly in the form of interest rate movements.

Within Asia Pacific, inflation varies considerably at the market level. Presently, the region is divided with inflation in five markets below the 2018-19 average and seven above the average. Mainland China sits at one end of the spectrum with the February 2022 inflation figure at 1.2% compared to 3.4% in 2018-19. Vietnam, Hong Kong and Indonesia also are currently well below the 2-year average prior to COVID-19. Singapore sits at the other end at 4.1% in February 2022 compared to the pre-covid average of just 0.6%, with Thailand, India and South Korea also experiencing inflation of over 240bps above 2018-19. Japan sits in the middle of the spectrum with inflation currently above the 2018-19 average but below the 2% target, though cost pressures are mounting with the weakening yen causing the import price index to surge. 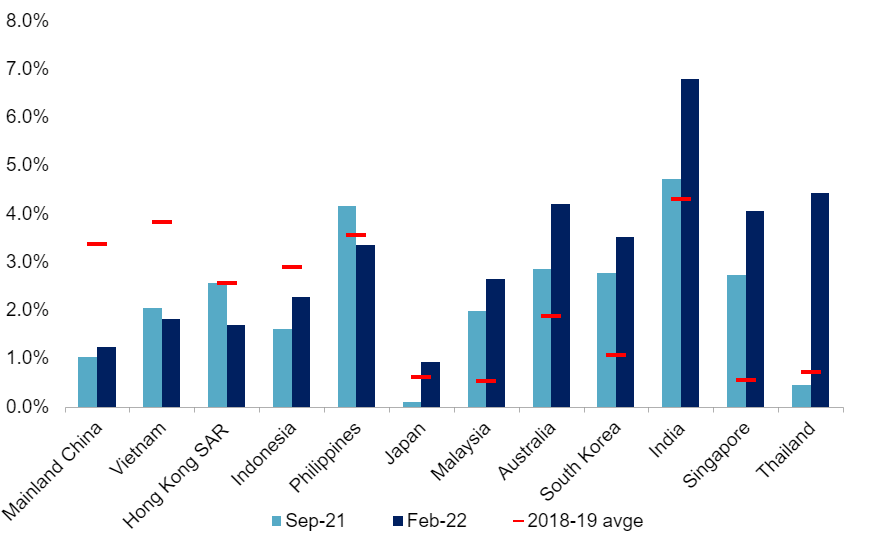 Variable timing for Interest rates to rise from historical lows

Debate continues over whether inflationary pressures are transitory or more persistent and it is far from certain whether inflation will subside on its own. Initial beliefs were that as supply chain bottlenecks eased and as consumption shifts from goods to services, a level of normalcy would return. Unfortunately, inflationary pressures have exacerbated due to the Russia-Ukraine military conflict, epitomised by the increase in world fuel and food prices. The revised expectation is for regional inflation to peak higher and for longer, but even with this adjustment the worst should have washed through by the end of 2022 and that inflation should begin to stabilise in early 2023.

Central bankers are therefore having to tread a careful line between managing a volatile inflation environment while simultaneously avoiding derailing the post-COVID economic recovery. However, they are increasingly shifting to monetary policy normalisation and lifting interest rates. Central banks in South Korea and New Zealand have already started. Similarly, the Monetary Authority of Singapore has also started tightening through raising its effective exchange rate band. Central banks in both Australia and India have signalled a shift in stance in recent communications, paving the way for forthcoming interest rate rises. In contrast, China’s PBOC has become more accommodative to help counter the country’s slower forecast GDP growth, while The Bank of Japan is also likely to remain accommodative. Notwithstanding, forecasts suggest most central banks will lift rates by around 50bps to 150bps over the next 24 months. Given that policy rates are coming off historical lows, such hikes mean that many markets will still be below pre-COVID levels into 2024. 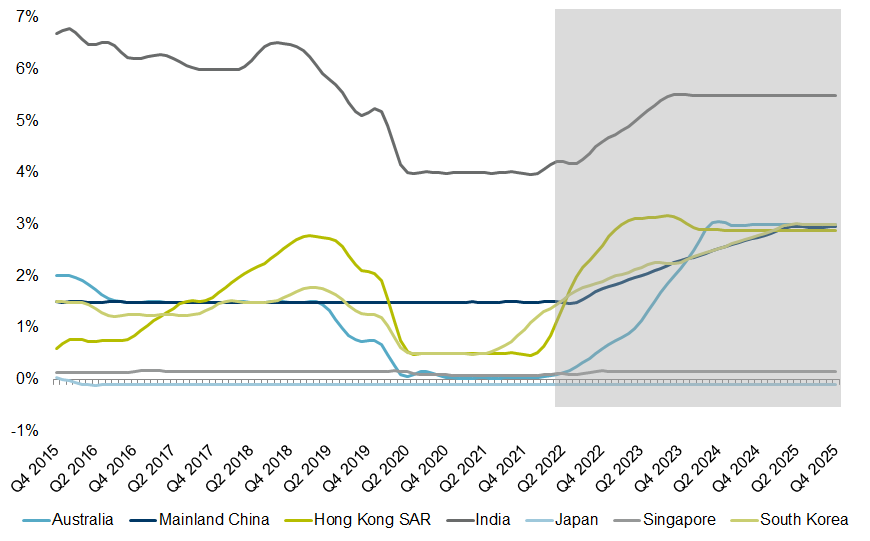 There is no guarantee that the road towards policy normalisation with be smooth or steady but at the same time the odds of the region entering a technical recession remain low at less than 10%. New variants of the virus and the rapidly changing geo-political landscape continue to cause volatility and test business and consumer confidence. However, for now, although softening both are for the most part holding up. Retail sales ended 2021 up year-on-year, with many countries exceeding consumption levels of 2019 – by as much as 15% in Australia and 12% in mainland China. Similarly, business confidence is still positive across much of the region, although more recent indicators suggest that sentiment has weakened over the past month amid rising uncertainty. While it is likely that the March readings will likely be lower than those in February, the longer-term outlook remains upbeat, both at the corporate and household level as evidenced by corporate balance sheets and household savings, which can accommodate increased costs, together with forecast economic growth, jobs growth and wage growth. 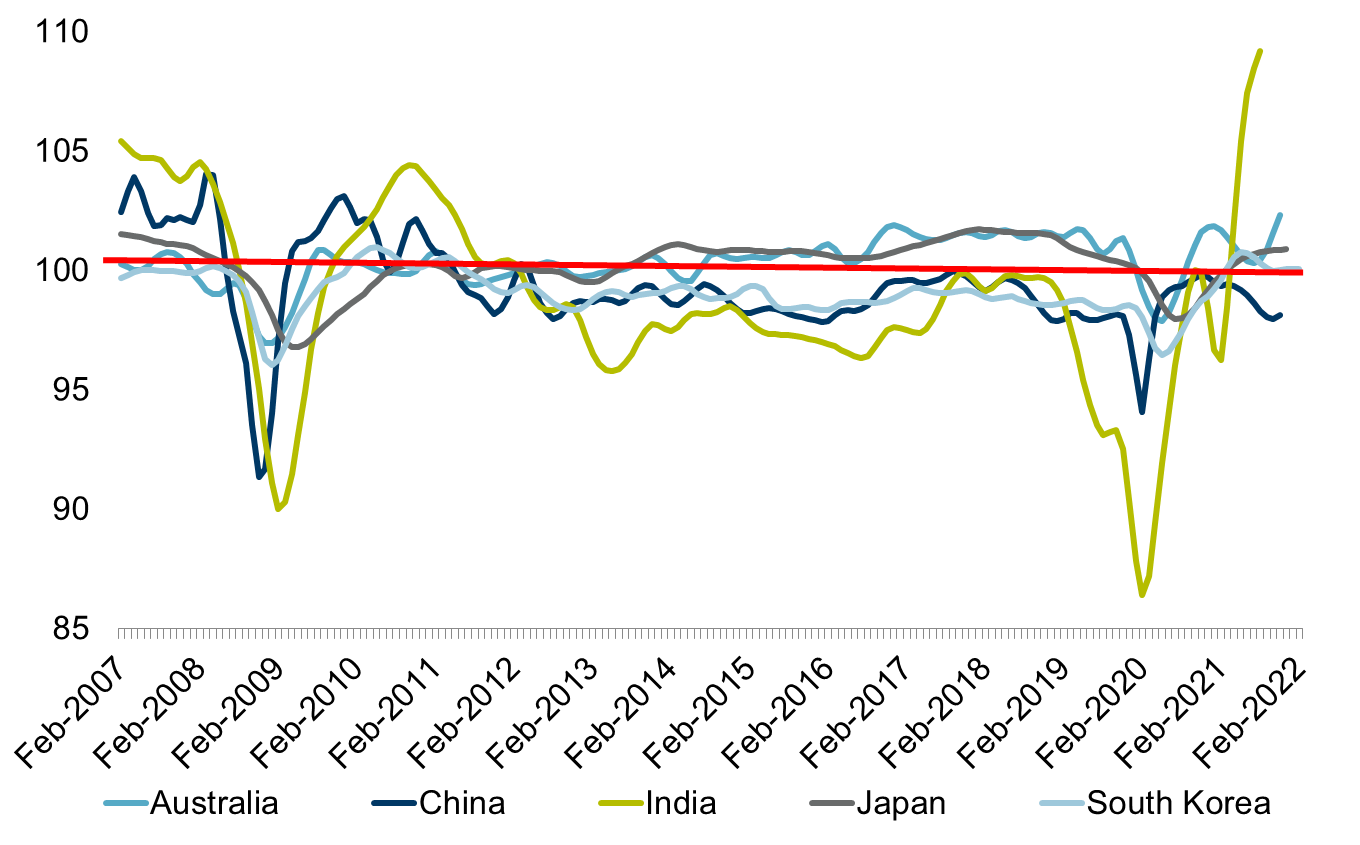 To conclude, high inflation is causing concern around the world, though arguably those concerns are lesser in Asia Pacific than elsewhere. To date, inflation has been slower to rise and in nearly half of the region remains below the respective pre-COVID averages. This is a very different position to the U.S. or even Europe. On balance, despite the volatility that abounds and the likelihood that inflation will continue to accelerate, the baseline view remains that inflation will peak in late 2022 but at lower level than seen in 2008. Notwithstanding, investors need to position themselves for increasing interest rates as central banks embark on their journey to monetary policy normalisation. For some markets, this has already begun. 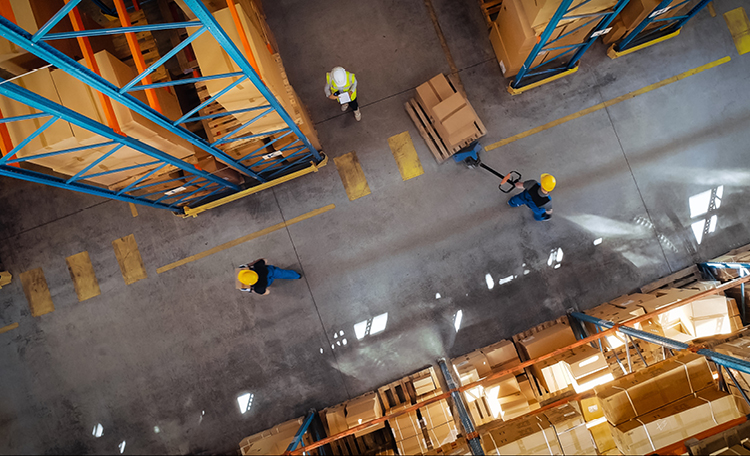 What is driving the surge in industrial land values

Industrial land values have surged over the past year, with many precincts reporting double-digit increases. This article will highlight some of the forces that are driving the increases in industrial land prices across Australia. 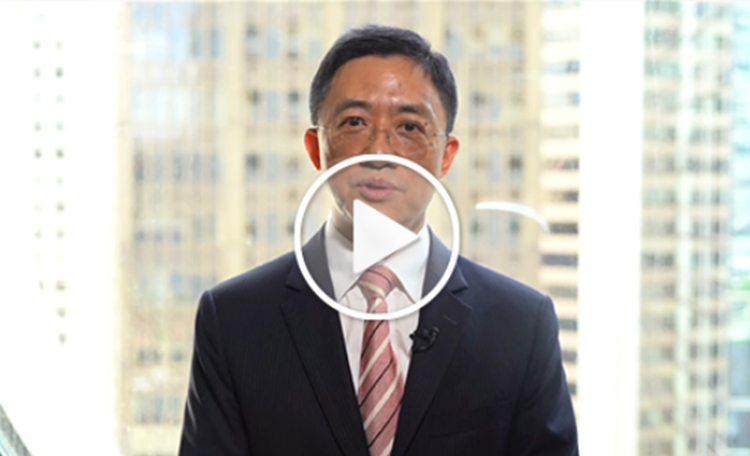 Assets values have come under close scrutiny as the impacts of the pandemic have been felt. While pricing has been resilient so far, there is evident weakness in the retail and hospitality sectors.
Matthew Bouw • 23/07/2020
Your privacy matters to us
With your permission we and our partners would like to use cookies in order to access and record information and process personal data, such as unique identifiers and standard information sent by a device to ensure our website performs as expected, to develop and improve our products, and for advertising and insight purposes.